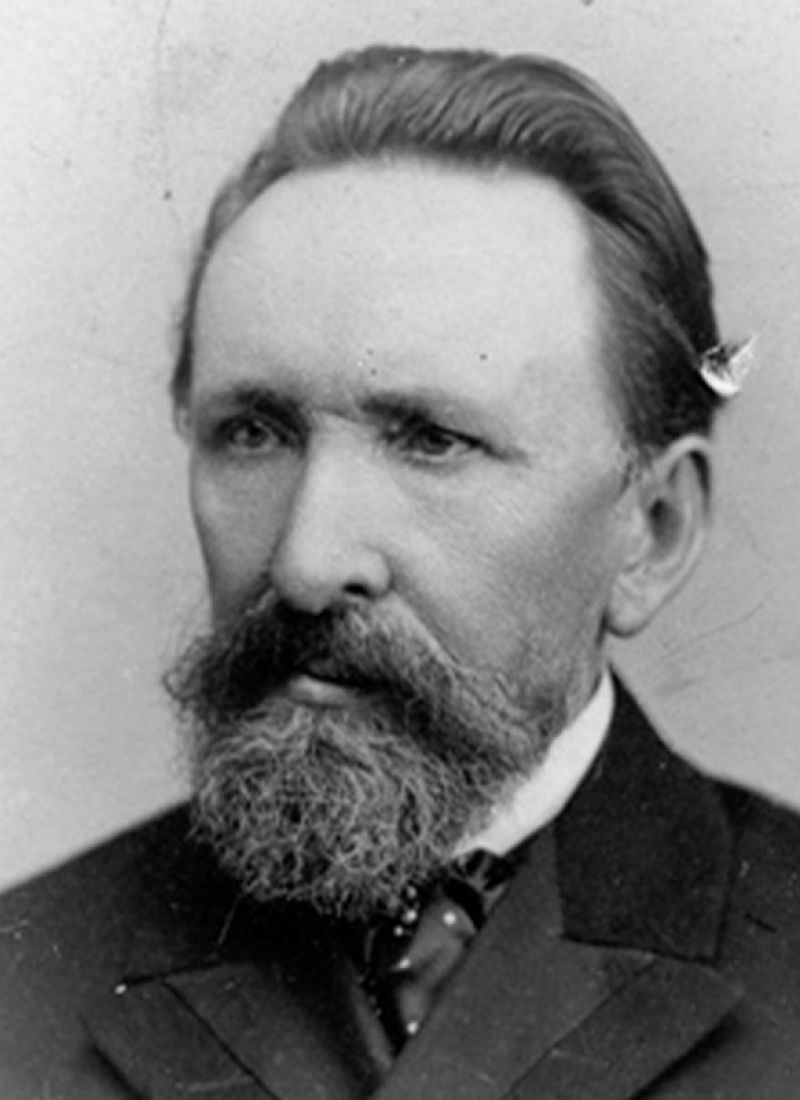 1886-1906 – worked in LETI
The literary figure, translator, publicist, state councillor, and official on special assignments of the IV class. During the years of work at LETI, he taught foreign languages, conducted practical telegraph classes.

The history of the Electrotechnical Institute of Emperor Alexander III (now SPb ETU "LETI") is traditionally associated with the names of N. Pisarevsky, P. Voinarovsky, N. Kachalov, A. Popov, P. Osadchy and other famous representatives of the Russian electrical engineering school. However, within the walls of the institute, there were other outstanding professors, who left a noticeable mark in the history of Russian science and culture. Among them P.G. Hansen, who taught at ETU for over 20 years – from 1886 to 1906.

Peter Emanuel Hansen (1846-1930) was born and educated in Denmark. As an employee of the Big Northern Telegraph Society, he came to Russia in 1871 and worked in Omsk and Irkutsk. From 1881 – in St. Petersburg, where he entered the telegraph operator of the 1st category in the Department of City Telegraphs.

The teacher, and then the head of the telegraph school in 1886, on the recommendation of the head of the department, G. Geyts, was admitted to the newly opened Telegraph School of the Post and Telegraph Department (since 1891 – ETU) as an English teacher. In addition to teaching a foreign language, he was actively involved in conducting practical exercises in telegraph business with students. In 1887 he accepted Russian citizenship and was enlisted in the service. In 1896 he became a postal and telegraph officer of the 1st category. From 1904 he served in the Department of Institutions of Empress Maria. In 1906, due to the heavy workload at the new place of service, he was forced to leave teaching at the institute.

Gansen entered the history of Russian science and culture, first of all, as a literary figure, translator and publicist. He is responsible for the Danish translations of the works of Russian classics I. Goncharov and L. Tolstoy, as well as numerous translations into Russian of Scandinavian writers: G. Andersen, G. Ibsen, B. Bjernson, S. Kierkegaard, K. Hamsun, H. Drakhman , A. Elenschläger, A. Strindberg, K. Mikaelis, F. Nansen, J. Jensen and others, translated both independently and in a creative union with his wife Anna Hansen (1869-1942). The contribution of the Hansen family to the development of Russian-Scandinavian cultural ties was highly appreciated by contemporaries, and many of their works are recognized as classics of literary translation.

In 1917 P. Hansen returned to Denmark. At home, he continued to engage in translations and journalism, paying great attention to Russian literature and theater. Hansen died in Copenhagen on December 23, 1930.