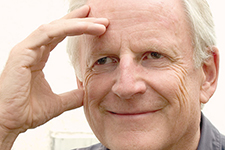 In the program of the visit there are talks about cooperation with the ETU "LETI", meetings with scientists and students of the University, St. Petersburg Branch of Steklov Mathematical Institute of RAS as well as with members of St. Petersburg Mathematical Society.

On February 9, 2015 public lecture on topic "The role of computer mathematics in the development of scientific research, education and economy» (The Role of Computer Mathematics for Innovation of Research, Education and Economy) will be held at ETU.

Bruno Buchberger will give a lecture in English.

Bruno Buchberger was born on October 22, 1942 in Innsbruck. In 1965 he created the theory of Gröbner basis. For its development he was awarded Paris Kanellakis Award in 2007 – the annual award of Association for Computing Machinery (ACM), that is handed out for outstanding theoretical achievements that have had a significant impact on the practical development of information technology.

In 1985 he began to publish the magazine «Journal of Symbolic Computation», which is now a major magazine for publishing the results in the field of computer algebra. In 1987 he founded the Institute of symbolic computation (RISC) at the University of Johannes Kepler, where he has been developing a project Theorema since 1995. Bruno Buchberger is a founding member of the Software Park Hagenberg opened in 1989.