University / Universal Values: Competencies of the Past for Present and Future Students

Universal Values: Competencies of the Past for Present and Future Students 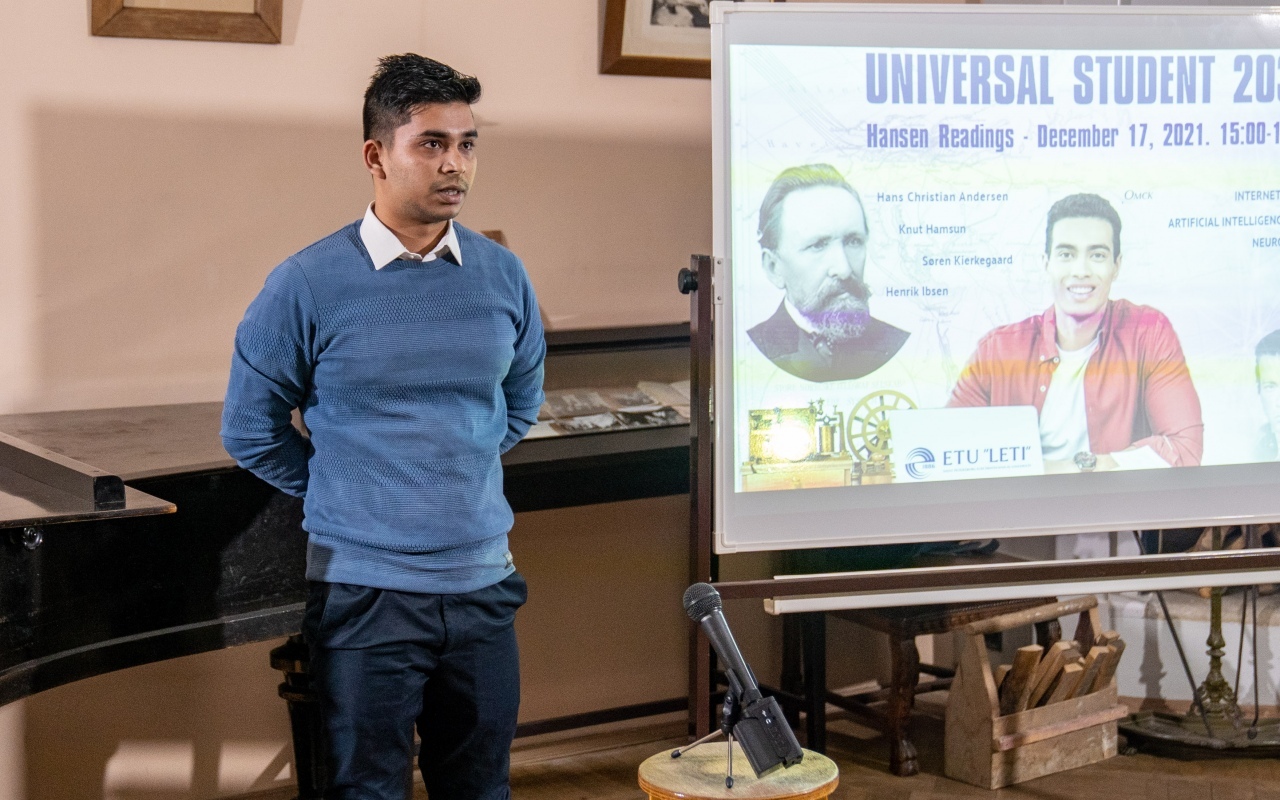 Hansen Readings held in LETI highlighted skills and competencies of the 19th-century international interdisciplinary education, which can be quite relevant today.

December 17, students, museum curators, and educators discussed opportunities and advantages of interdisciplinary education in the historical context. The discussion was held in the Memorial Museum-Apartment of Alexander Popov.

Its context was prompted by the life and legacy of Peter Emanuel Hansen, a Dane who started his professional life as an actor to take up jobs in telegraphy engineering, teaching and who eventually evolved into the Danish – Russian translator Number 1. He was the one who delivered the fairy tales of Hans Christian Andersen to the Russian reader and the Russian classics to the Danish public. For 20 years, Peter Hansen worked at Electrotechnical Institute. He taught English and telegraphy, developed methodology for innovative telegraph classes.

"Hansen Readings are not just a conclusion of the program dedicated to the ETI - LETI – ETU 135th anniversary year, their themes inspire us on further development. The very personality of Peter Emanuel Hansen and his legacy revitalized by the LETI Museum and the Department of Foreign Languages, motivate us on new international interdisciplinary projects. Such projects will definitely strengthen the identity of our university, which integrates its historical traditions into the fundamental research and education schools and innovative R&D projects."

Larisa Zolotinkina, Head of the LETI Museum Complex, made an introductory presentation about the first ETI professors and educators, Peter Hansen colleagues and contemporaries. The prominent scientists had profound knowledge outside their professional sphere, and most of them studied and taught in other countries. 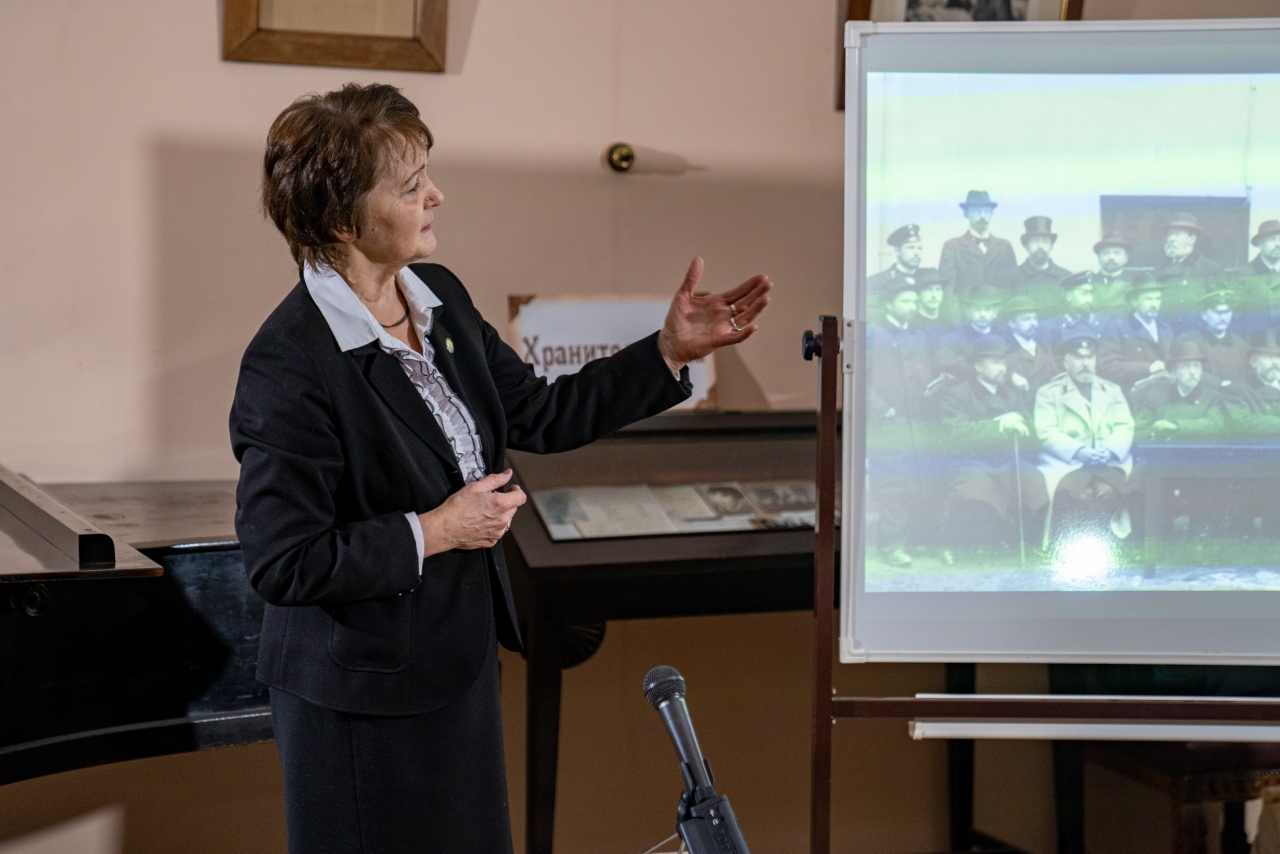 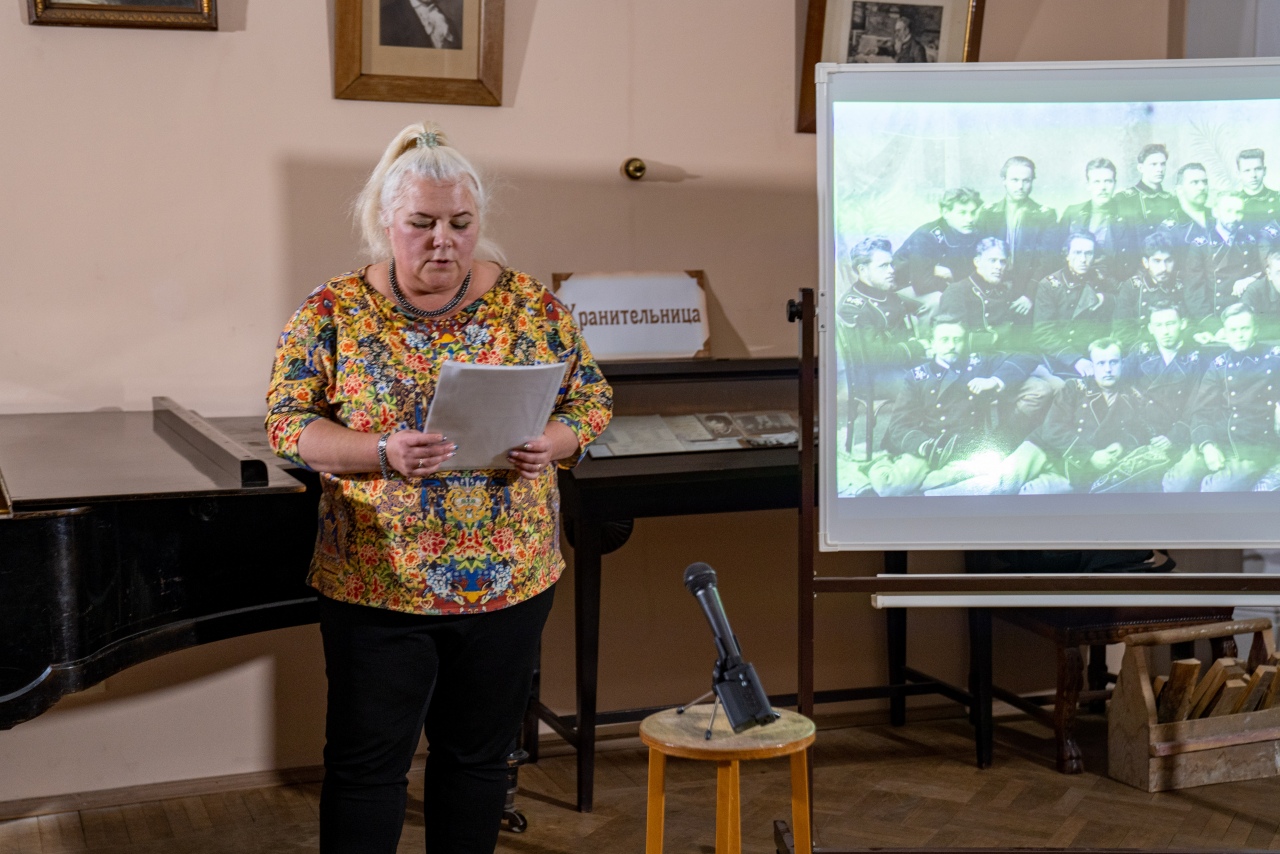 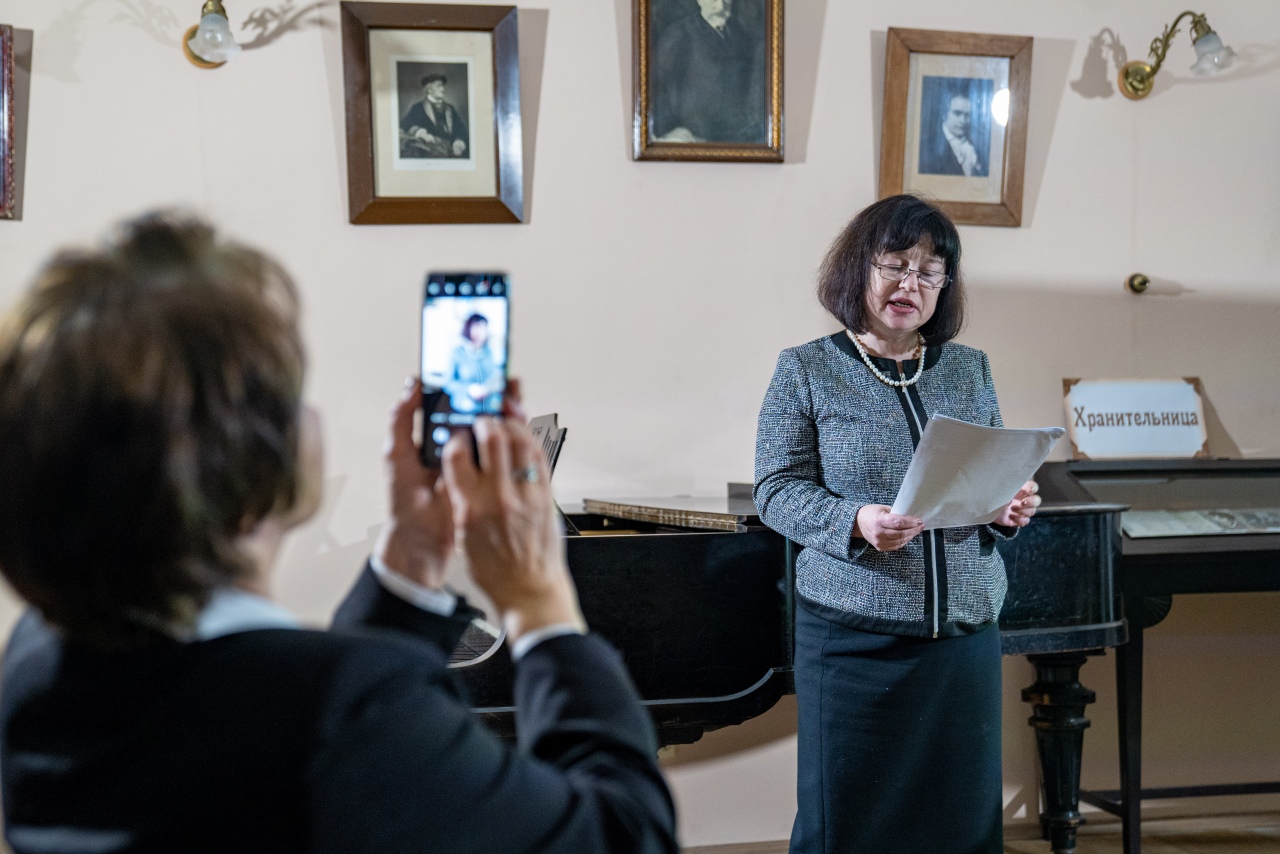 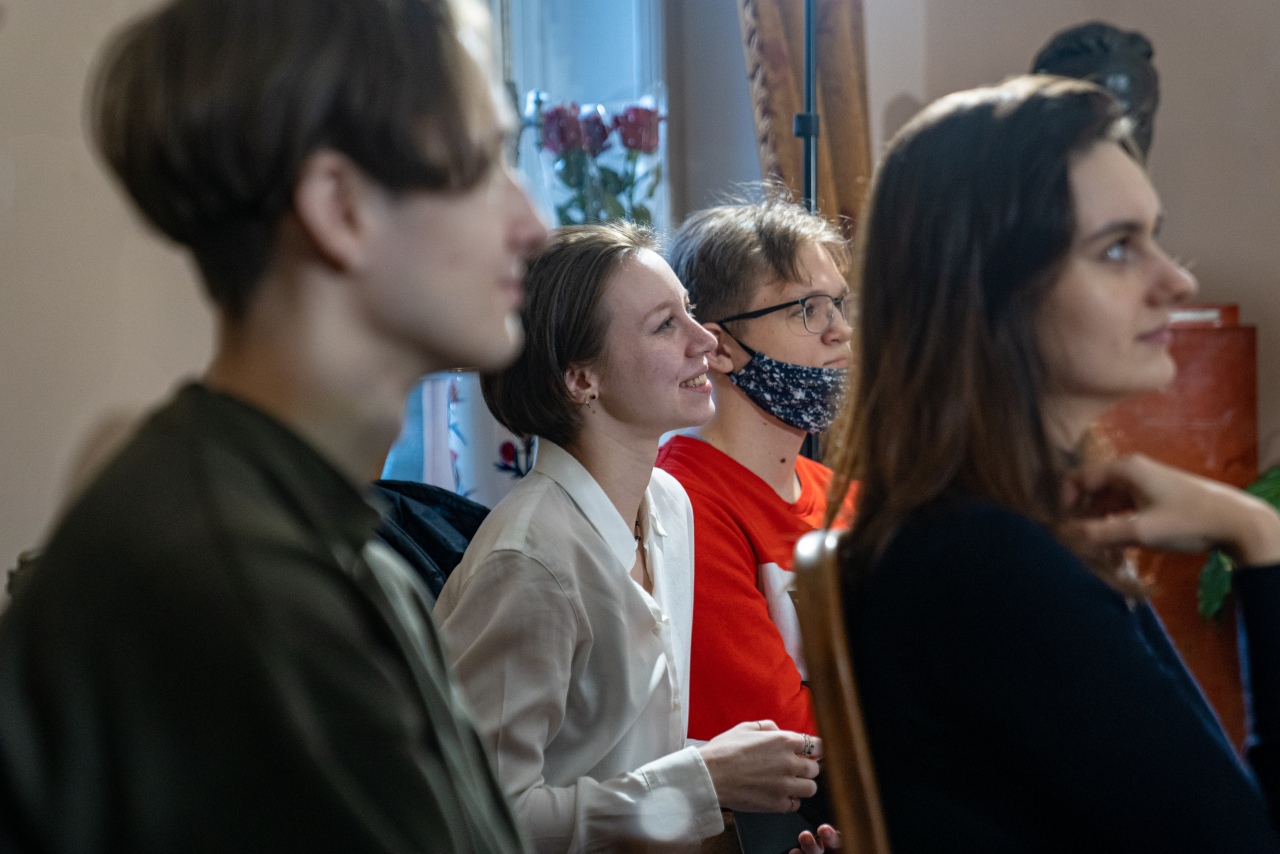 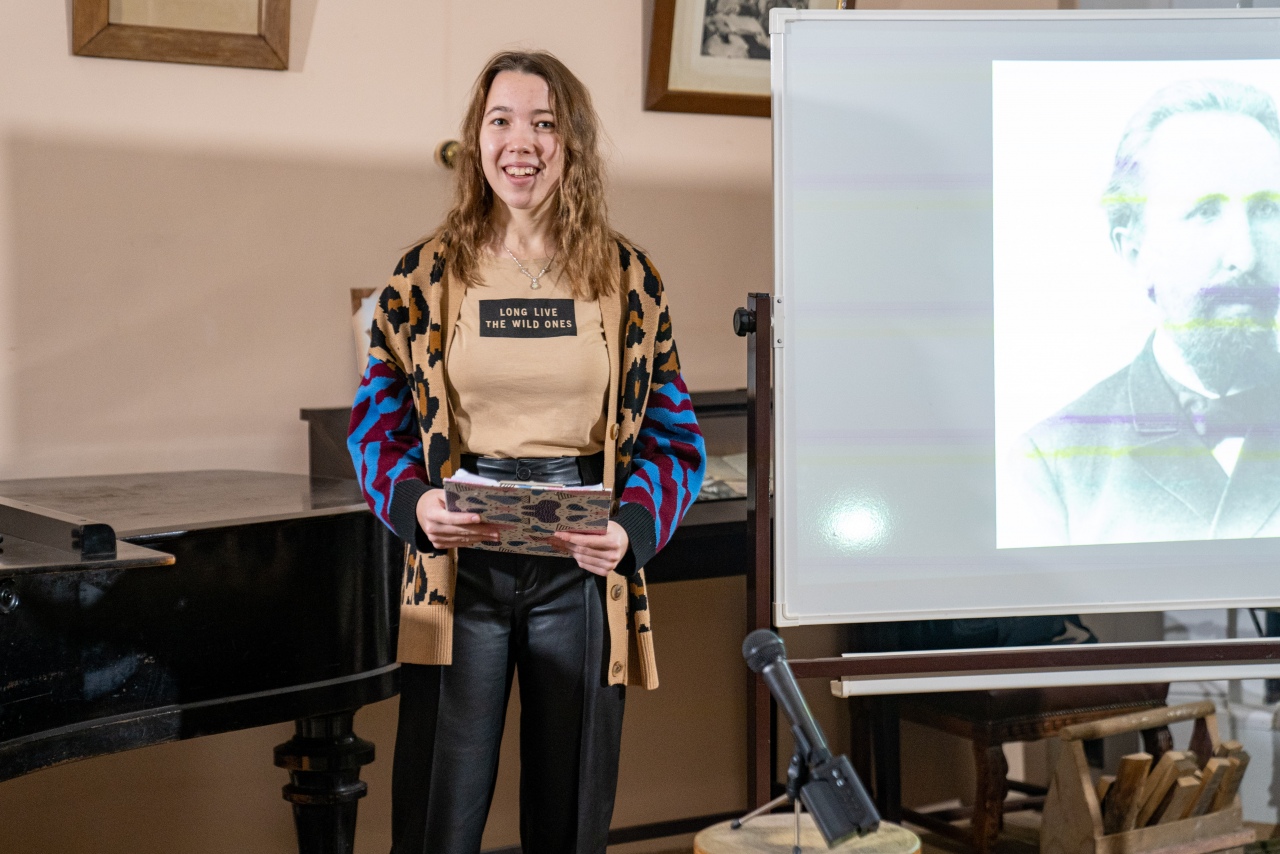 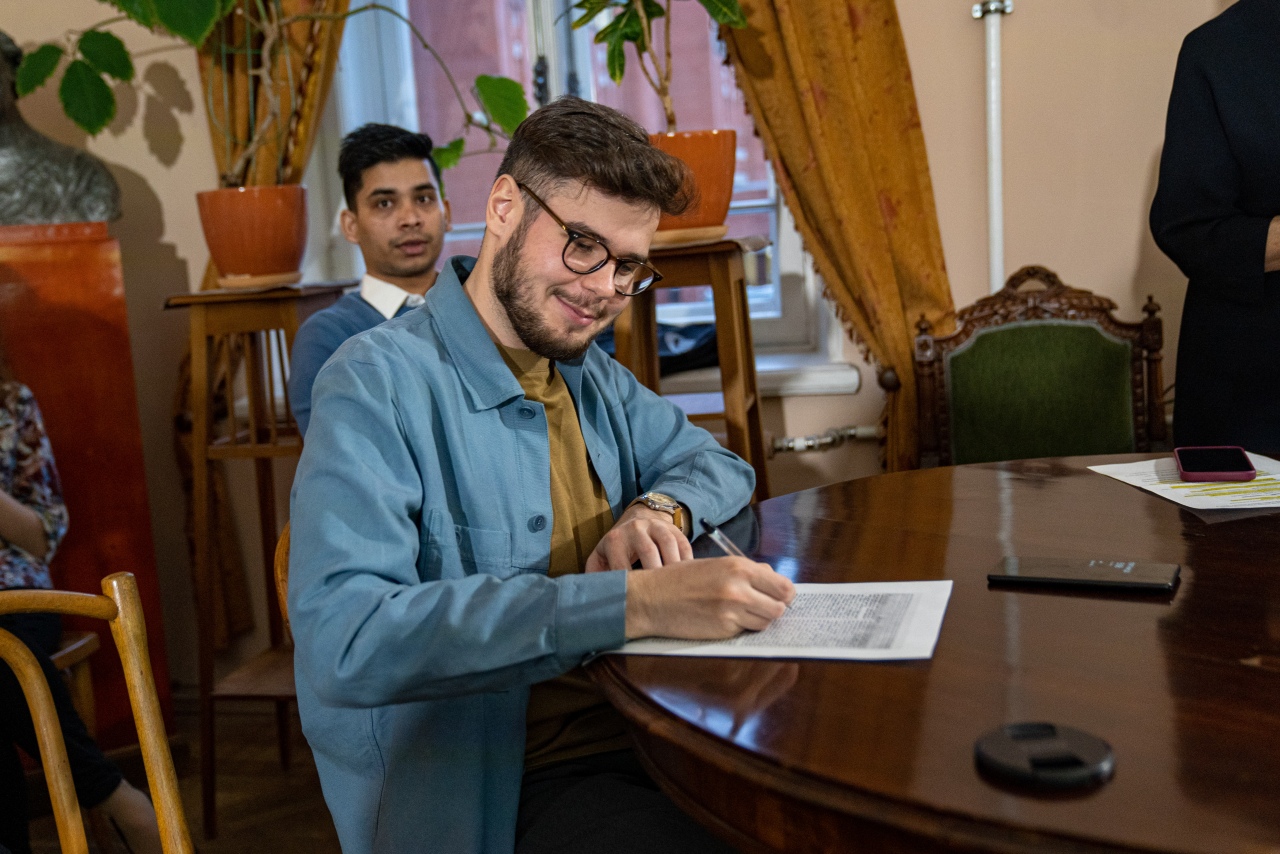 Comparing the universal students of the 19th and 21st centuries, Yanina Babich, senior lecturer at the Department of Foreign Languages at LETI, highlighted such skills and qualities cultivated in students today as critical thinking, management of human resources, and negotiation skills, which were not taught in the 19th-century classes.

Irina Kuzmich, Associate Professor of the Department of Foreign Languages at LETI, stressed the importance of including translation and interpreting in the curriculum of engineering education. Translation skills, besides communication advantages, produce a better insight into the field and subject of studies, which gives a competitive advantage in today's market of intellectual jobs.

A highlight of the Readings program was the reading exercise proper. It was conducted by Veronika Koreneva, a fourth-year student of the Department of Scandinavian and Dutch Philology of St. Petersburg State University. She introduced participants to reflections of Peter Hansen on his first experiences in Russia, its vast resources and potential. Trying to recognize familiar words in the original Danish text, students and lecturers of LETI learned how the Siberian climate made the Dane healthier, about his kumis diet, and complicated life in the new country in absence of knowledge about its language and culture.

Valeria Malysheva, a postgraduate student of the Department of Foreign Languages at LETI, presented her vision of international students as cultural ambassadors in the international research community. Students' mobility is not only about studies but also about cultural exchanges. 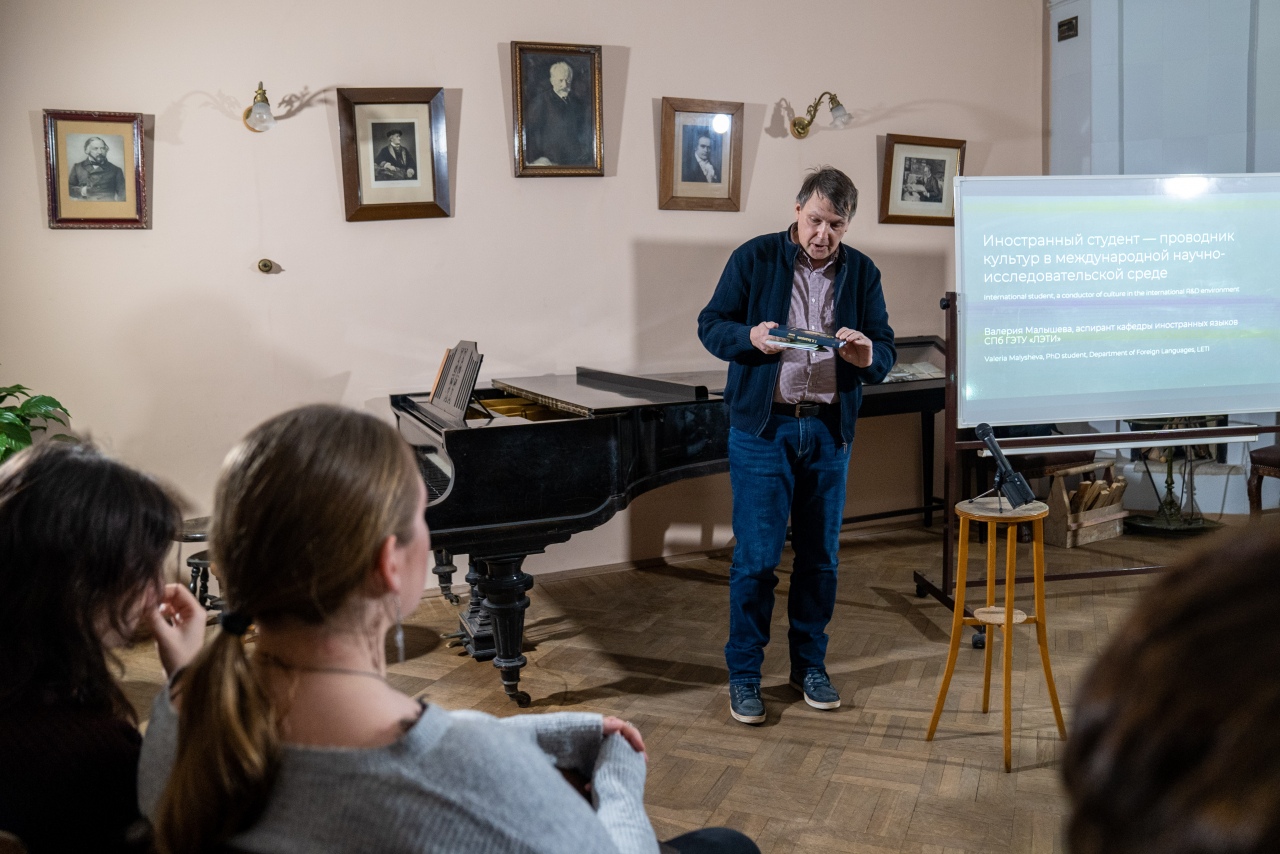 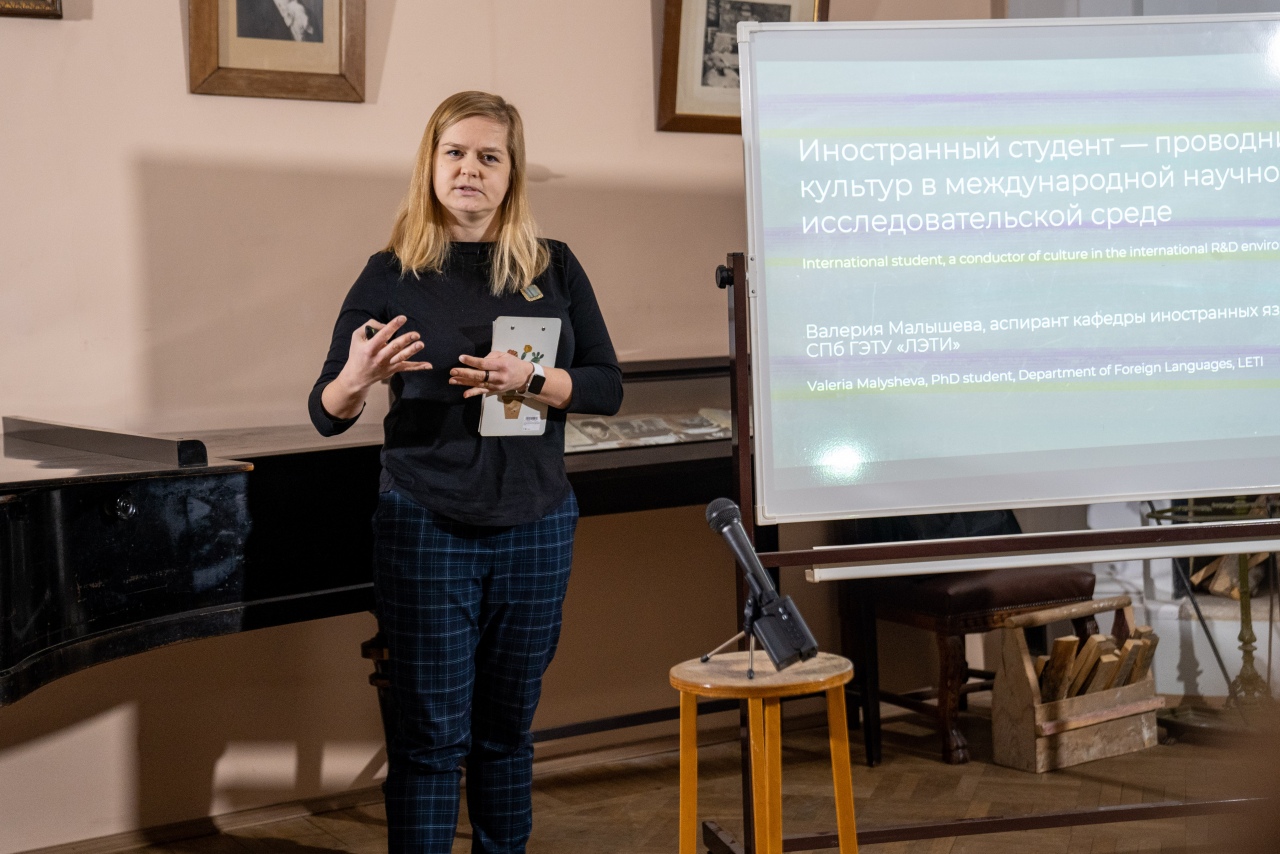 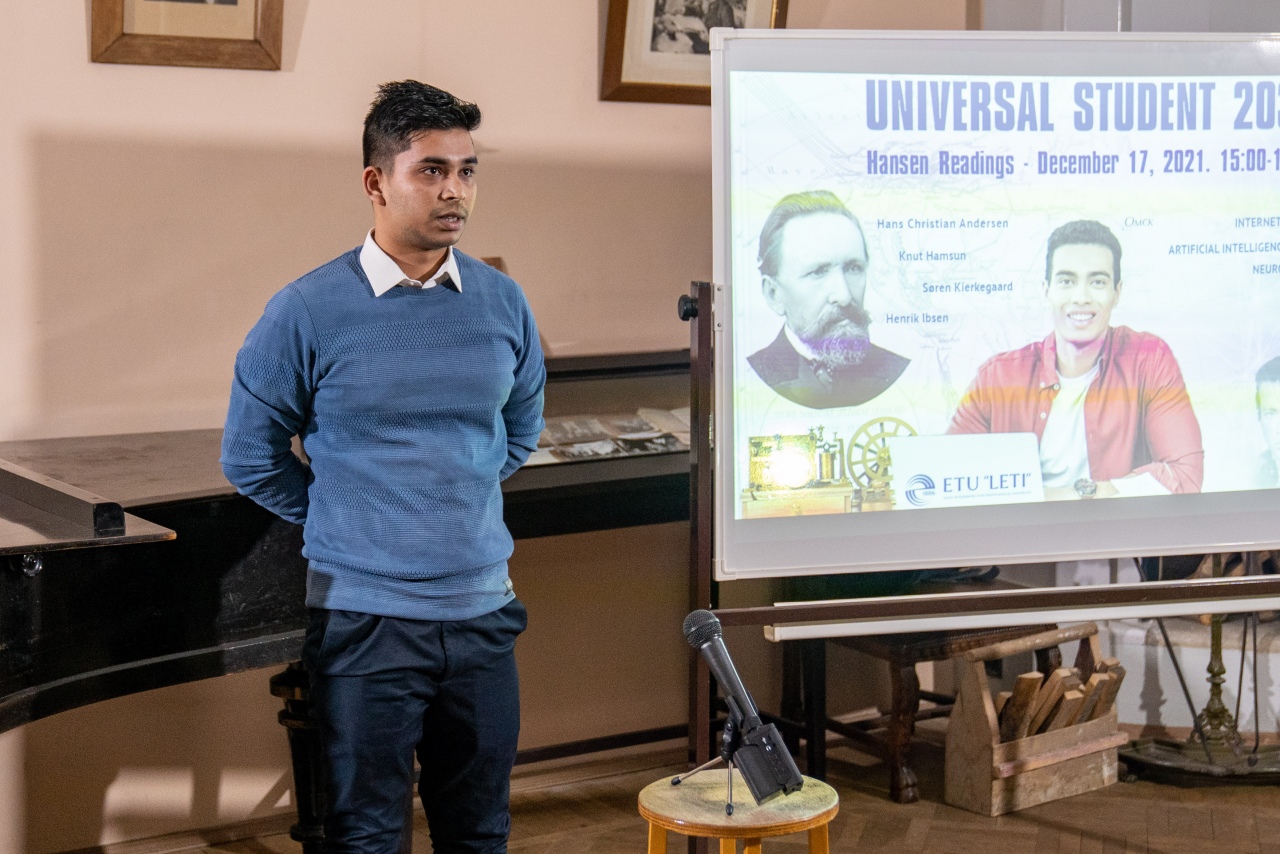 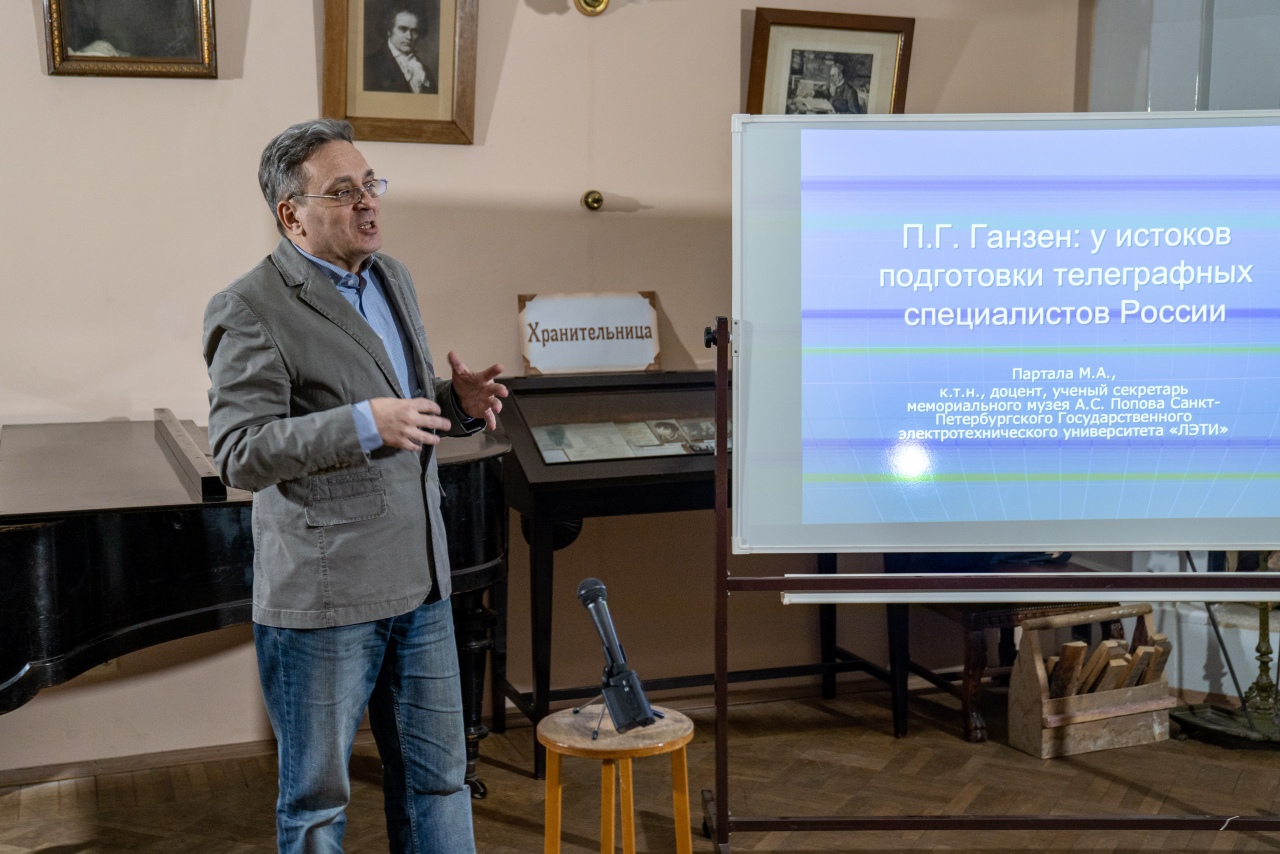 This theme was continued by Shahrukh Sultan, 2nd-year Master of the Computer Science and Knowledge Discovery program, who came from India. When asked what he found most attractive for an international student in Russia, Shahrukh mentioned meetings, networking, and cultural events.

The discussion was concluded by Mikhail Partala, Scientific Secretary of the Alexander Popov Memorial Museum, who shared the recently revealed aspects of Peter Hansen's activities. The Dane, mostly known as the writer and translator, was at the origin of the telegraph operators training school in Russia – all telegraph operators of that time were trained following his methods. Summarizing his archive findings, Mikhail noted that Hansen's "interdisciplinarity" was based on a thorough approach to any job, which invariably was brought to completion. And this was what Mikhail wished to all the participants.

According to the established cultural tradition of meetings at the Popov Museum, the Readings were concluded by a small concert of the Hansen's period music and a pies & tea party.