University / News / To speak different languages and trust each other: Palette of Languages and Cultures Forum at ETU "LETI"

To speak different languages and trust each other: Palette of Languages and Cultures Forum at ETU "LETI"

Students from 80 countries took part in the XII Interuniversity Palette of Languages and Cultures Forum, which took place on November 18-19 at ETU "LETI."

“A theater is not a mirror but a magnifying glass,” Vladimir Mayakovsky said over a century ago. A quote from one of the greatest Russian poets of the 20th century became the theme of the XII Interuniversity Palette of Languages and Cultures Forum. Students from 80 countries attended the event. The organizer was the Department of Foreign Languages of Faculty of Humanities of ETU "LETI."

The forum opened with a plenary meeting on November 18. Tatyana Shulzhenko, Deputy Head of the Department of Foreign Languages for Academic Affairs, welcomed the participants of the event: “Our Forum takes place in the year of the theater and coincides with the International Students' Day. You live in St. Petersburg, and it does not matter what nationality you are. I wish you all interesting presentations and no less interesting questions after them.” 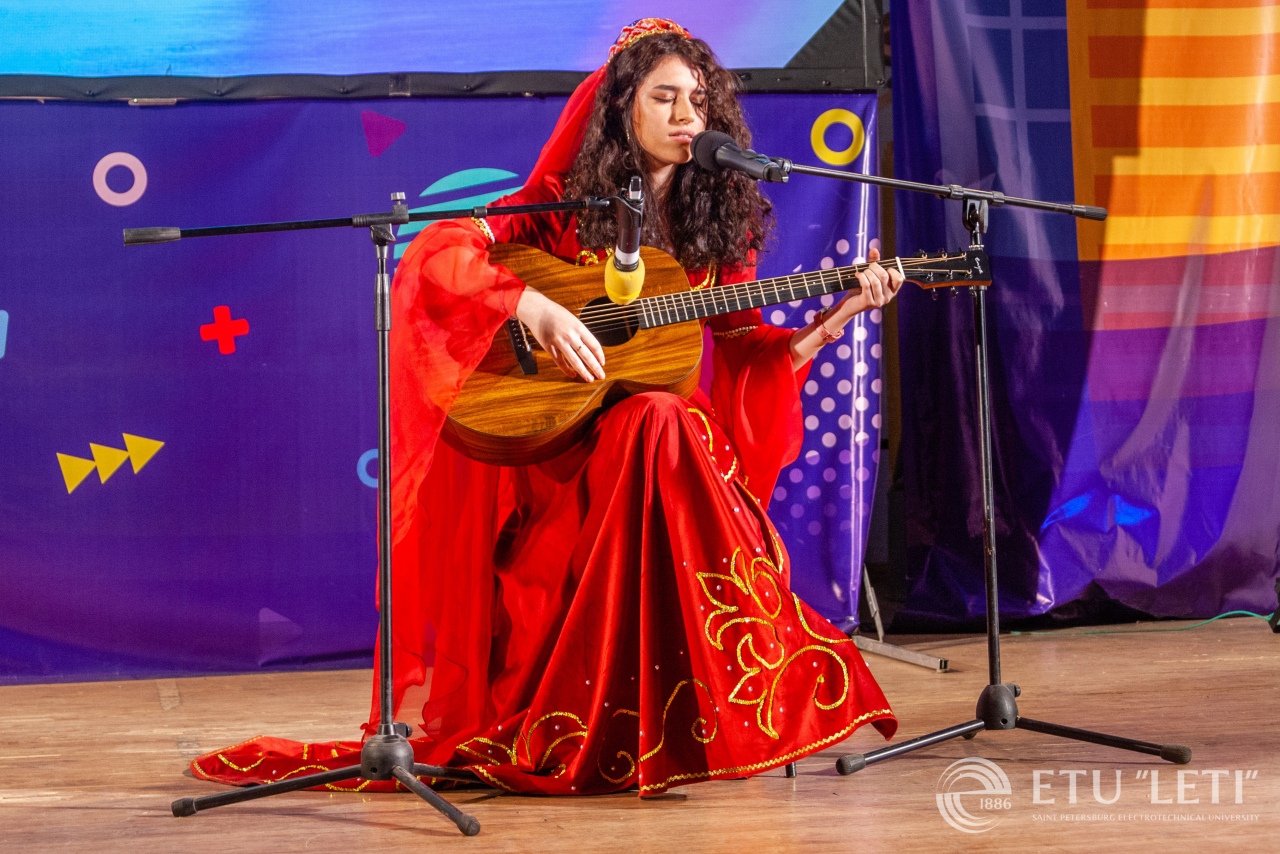 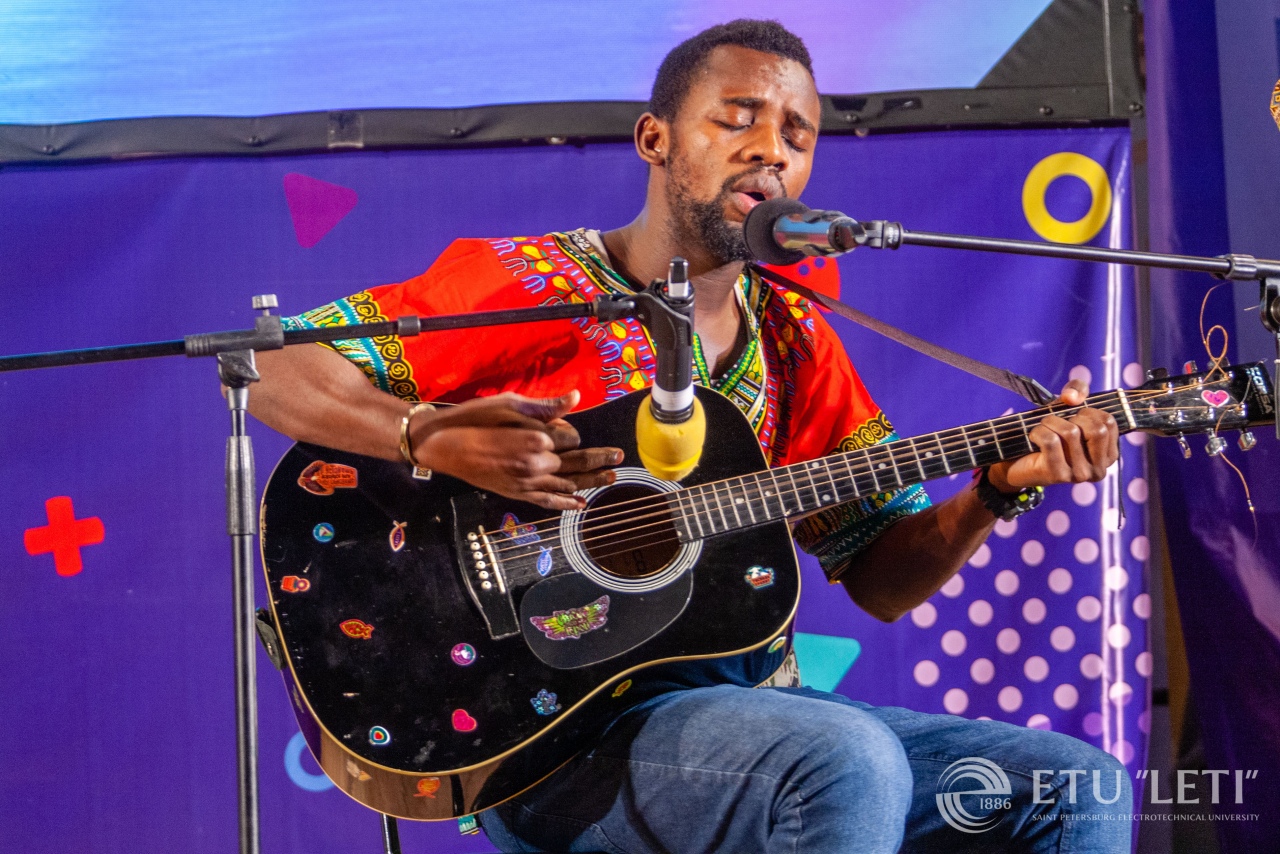 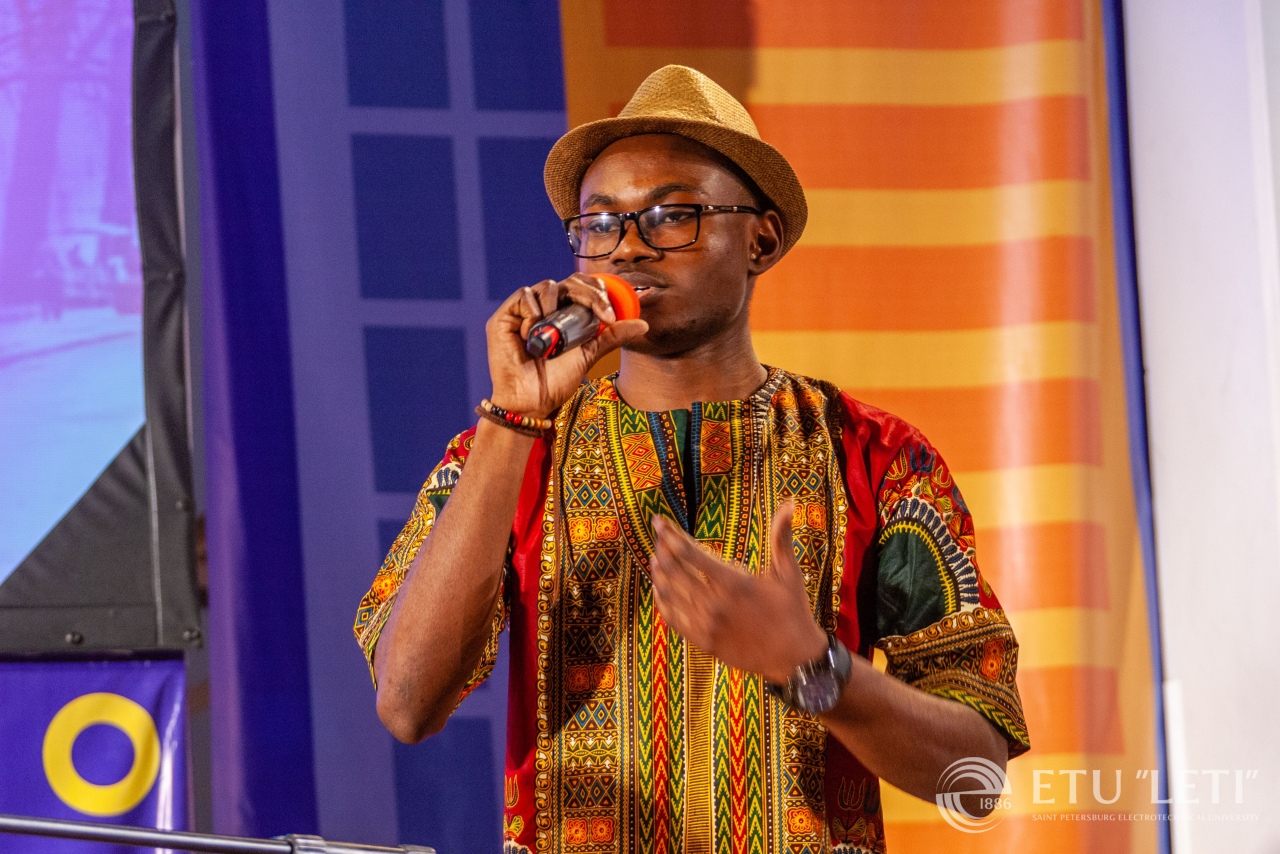 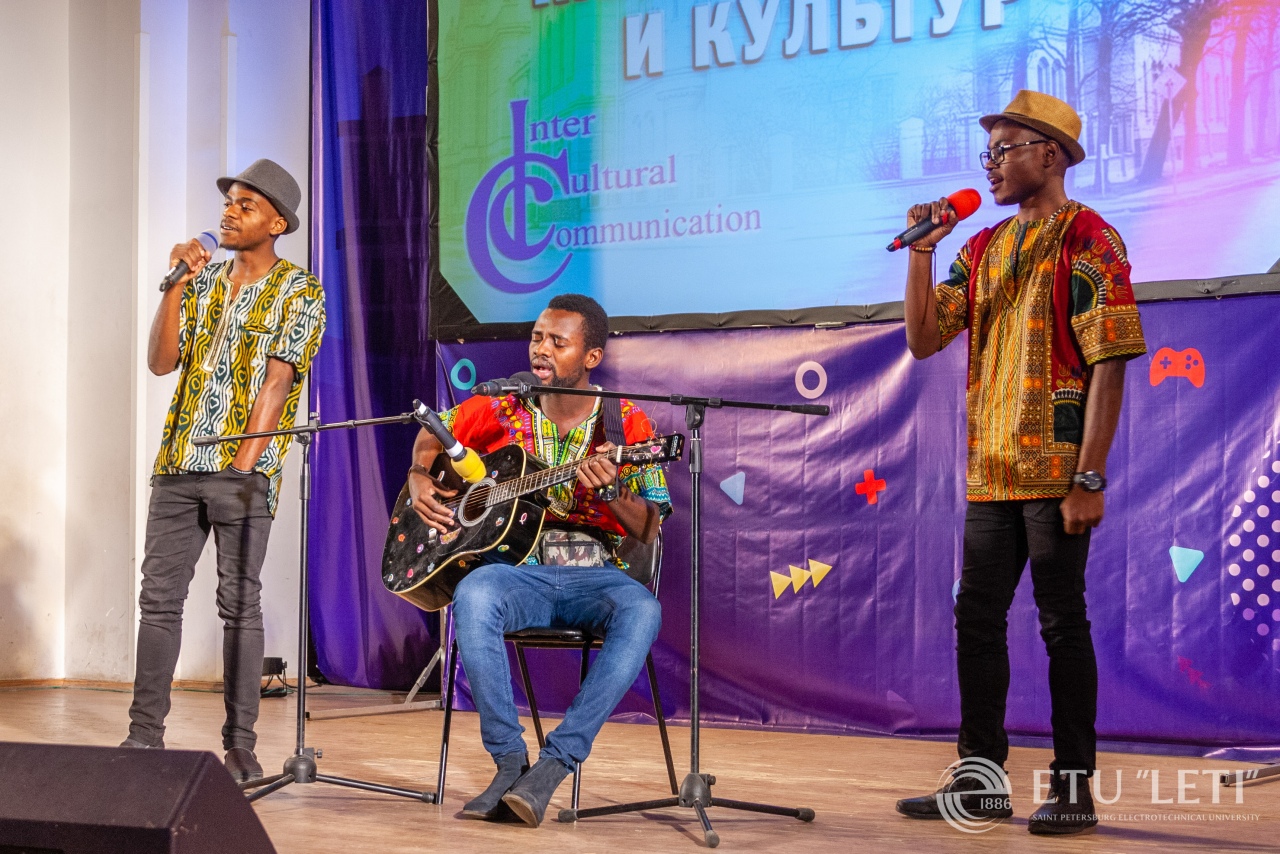 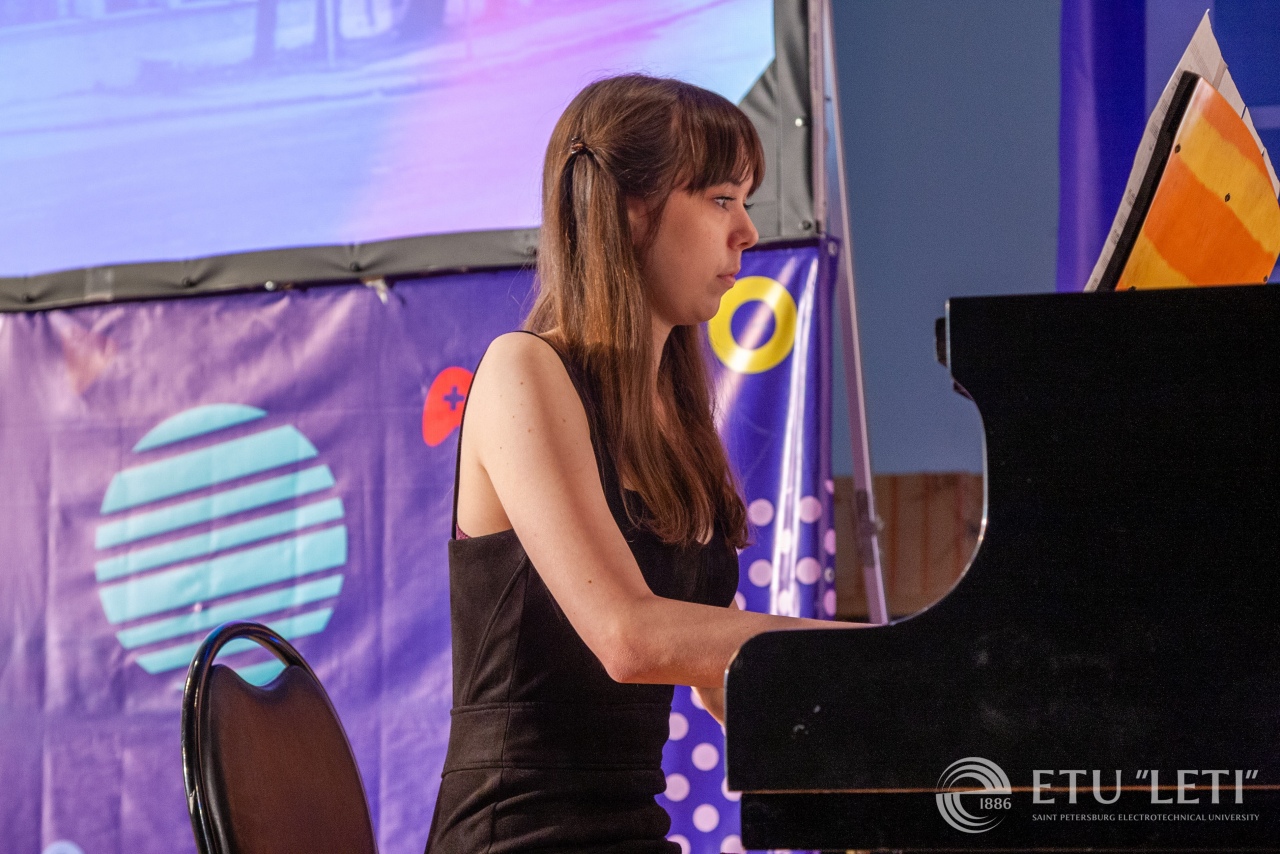 The first day of the Forum took place in the form of a scientific conference. Five presentations were made on the history of the theater of Russia and abroad, and its role in the development of society and language.

Anna Belich and Alisa Ivanova, employees of the Russian State Institute of Performing Arts, spoke about the main trends of the French new wave in the choreography of the global era and revealed the secrets of enrolling in the theater institute.

Lyudmila Deikova, Associate Professor of the Department of St. Petersburg University of Management Technologies and Economics, shared her experience in the theater pedagogical laboratory.

Andrei Shumkov, Head of the Department of Foreign Languages of ETU "LETI," spoke about the musical theater of Flanders.

Evgenia Alekseenko, Lecturer of the Department of Foreign Languages of ETU "LETI," made a presentation "Transition of the Names of Theatrical Figures to Common Nouns." The papers prepared by the conference participants were included in the collection of scientific papers of the Palette of Languages and Cultures Forum.

On November 19, a traditional exhibition of national costumes and household items and a tasting of dishes of the peoples of the world took place as part of the event, in which international students of ETU "LETI" took part. 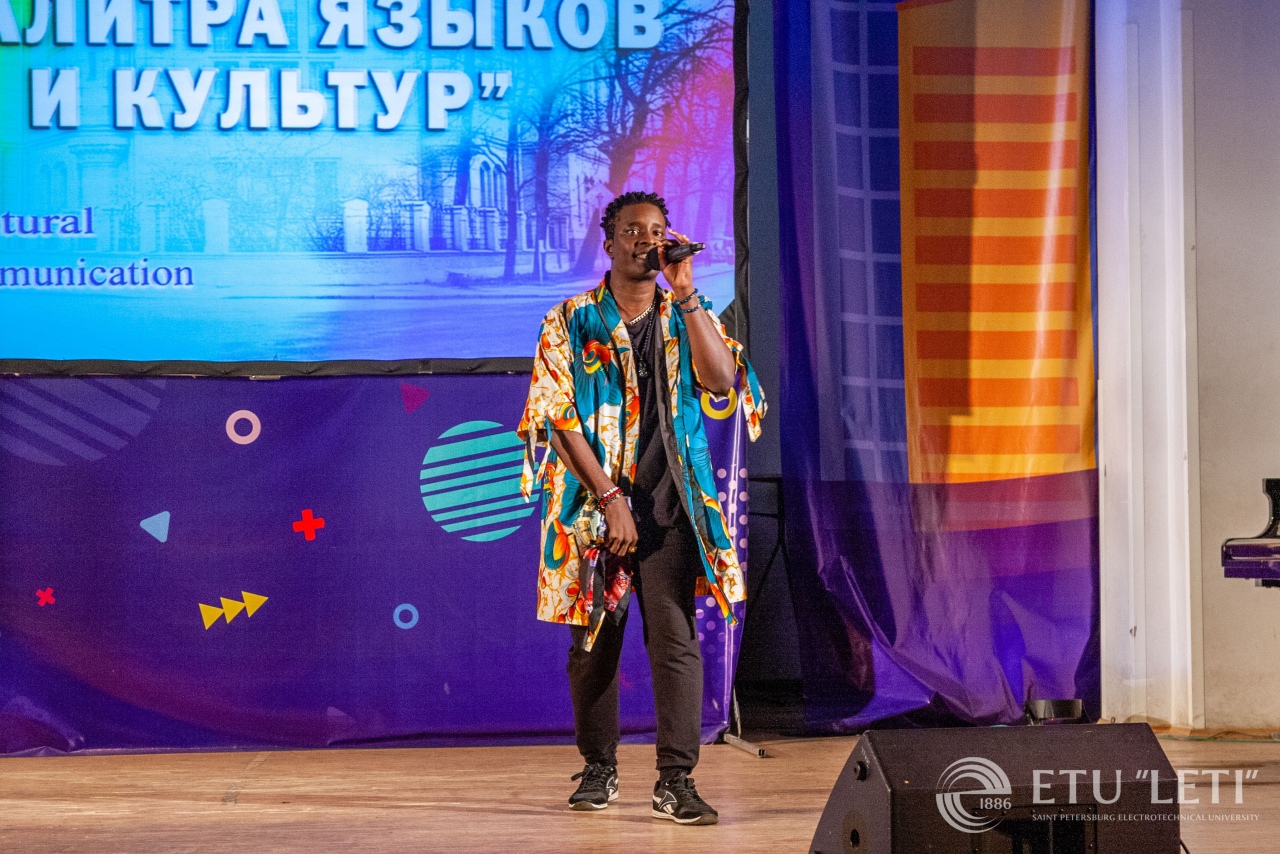 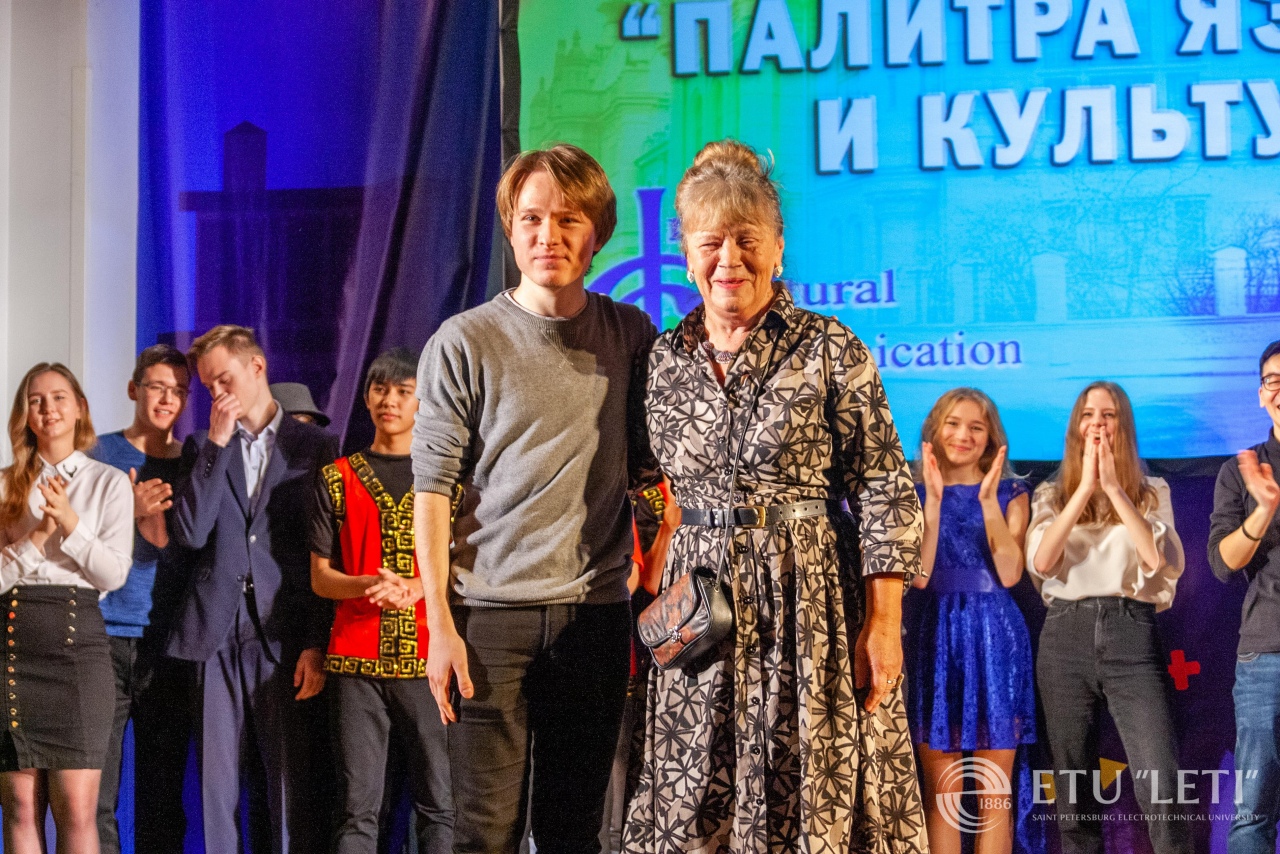 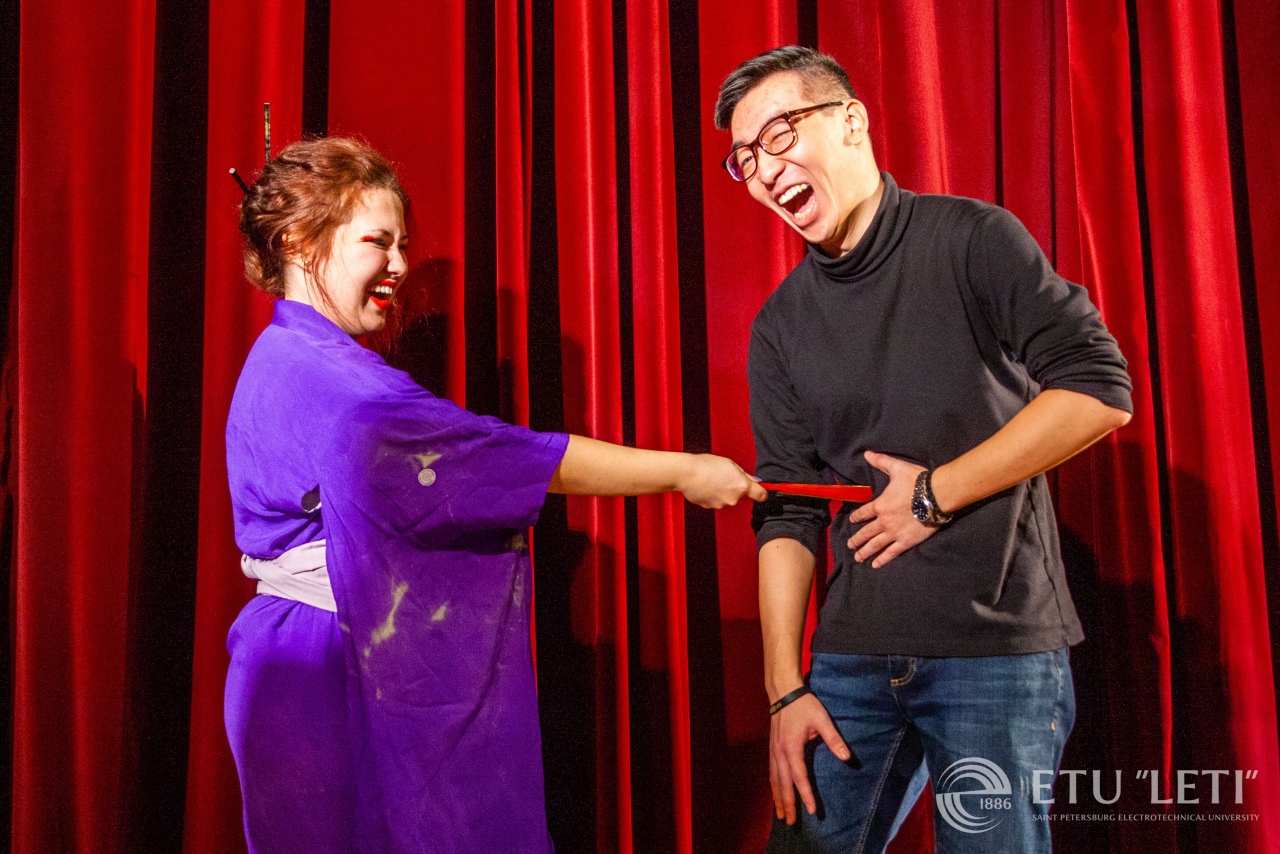 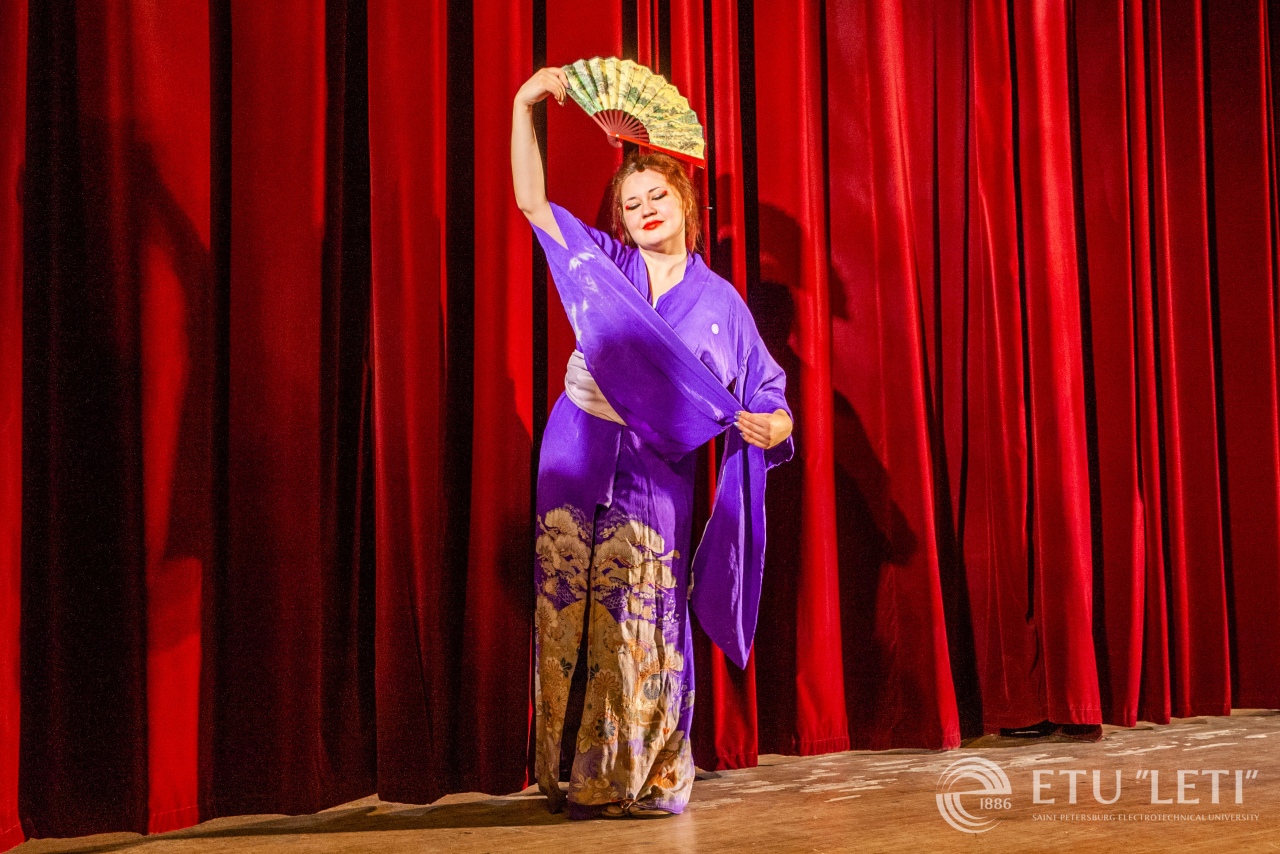 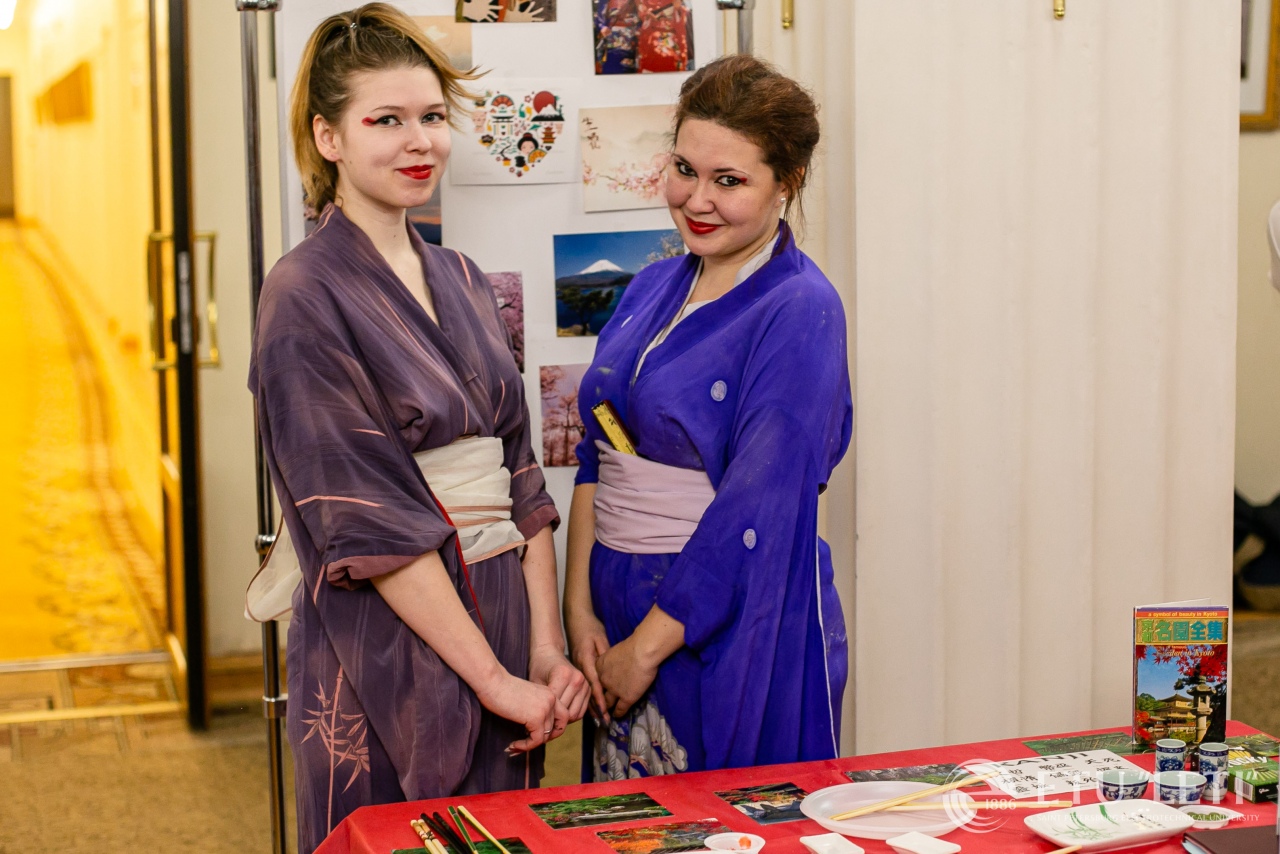 Violetta Popova, a student of the Faculty of Humanities of ETU “LETI,” invited everyone to take a mini-tour to Israel and taste its national dishes: “I have Jewish matzo here. This is a thin flatbread made from unleavened pastry, which is baked strictly according to the recipe. I also invite everyone to treat themselves to a Jewish pie and apples with honey.”

It turned out that even in the national cuisine of other nations you can meet familiar dishes. For example, Zhargalmaa Dana, a 4th-year student of the Faculty of Electronics of ETU "LETI," treated the guests to the Mongolian buuzes, which reminded them Russian dumplings. “The Mongolian buuzes, indeed, are similar to the well-known manti. They consist of beef, spices, and flour. This dish contains all the wisdom of the ancient Mongolian people. It is served for lunch,” she said.

A student from Kazakhstan, Yegor Kharchenko, chose the dishes without which not a single big celebration can do for the presentation of the national cuisine of his native republic.

“On our table, you can see the Kazakh beshbarmak. The name of the dish translates as “five fingers,” and it is customary to eat with fingers. Beshbarmak is cooked in Kazakhstan to receive important and dear guests. Today, we also offer guests to try a Boortsog. The Kazakh celebration is unthinkable without this bread. Its name comes from the Kazakh words “baurmasu, baurlasuga, baur,” which is translated into Russian as “striving for unity, kinship, brother,” Yegor Kharchenko, a 3rd-year student at the Faculty of Electronics at ETU “LETI,” said. 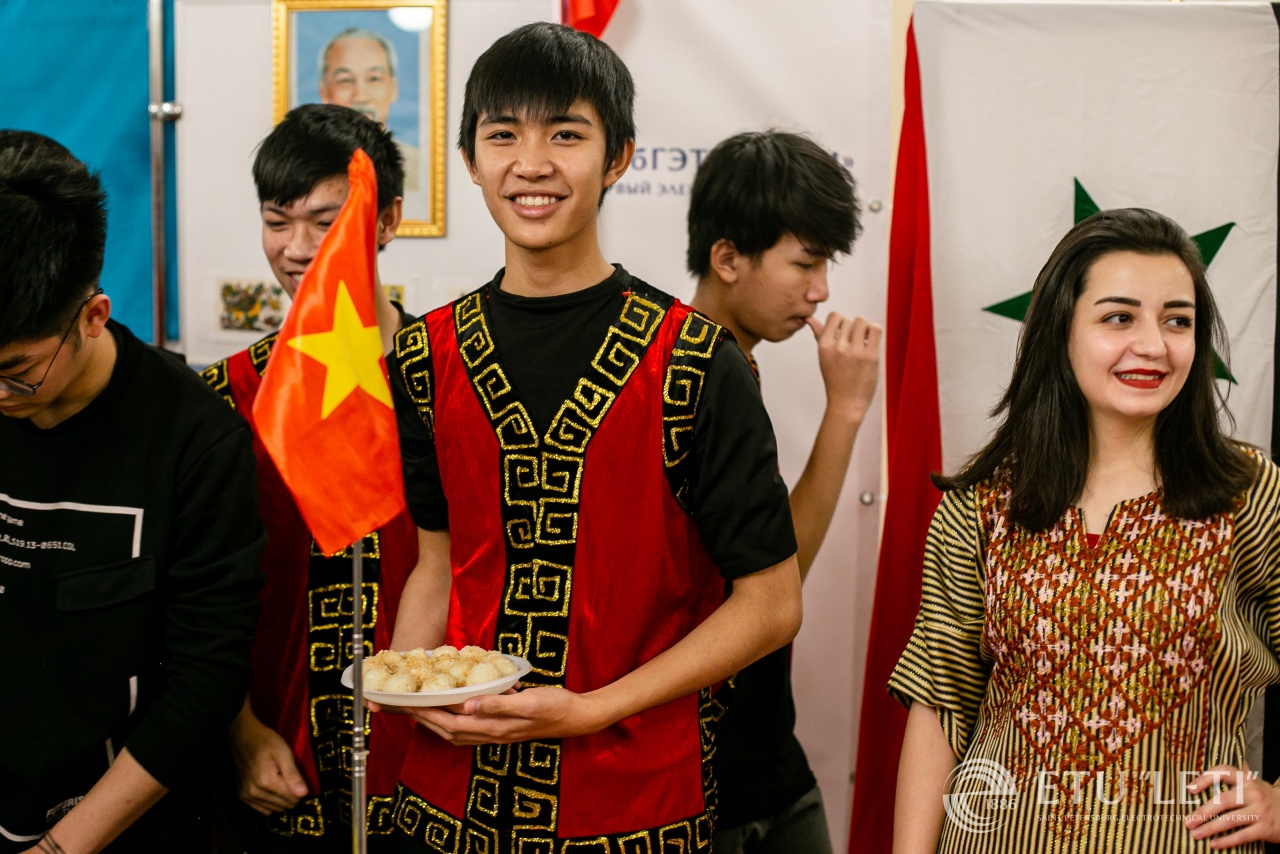 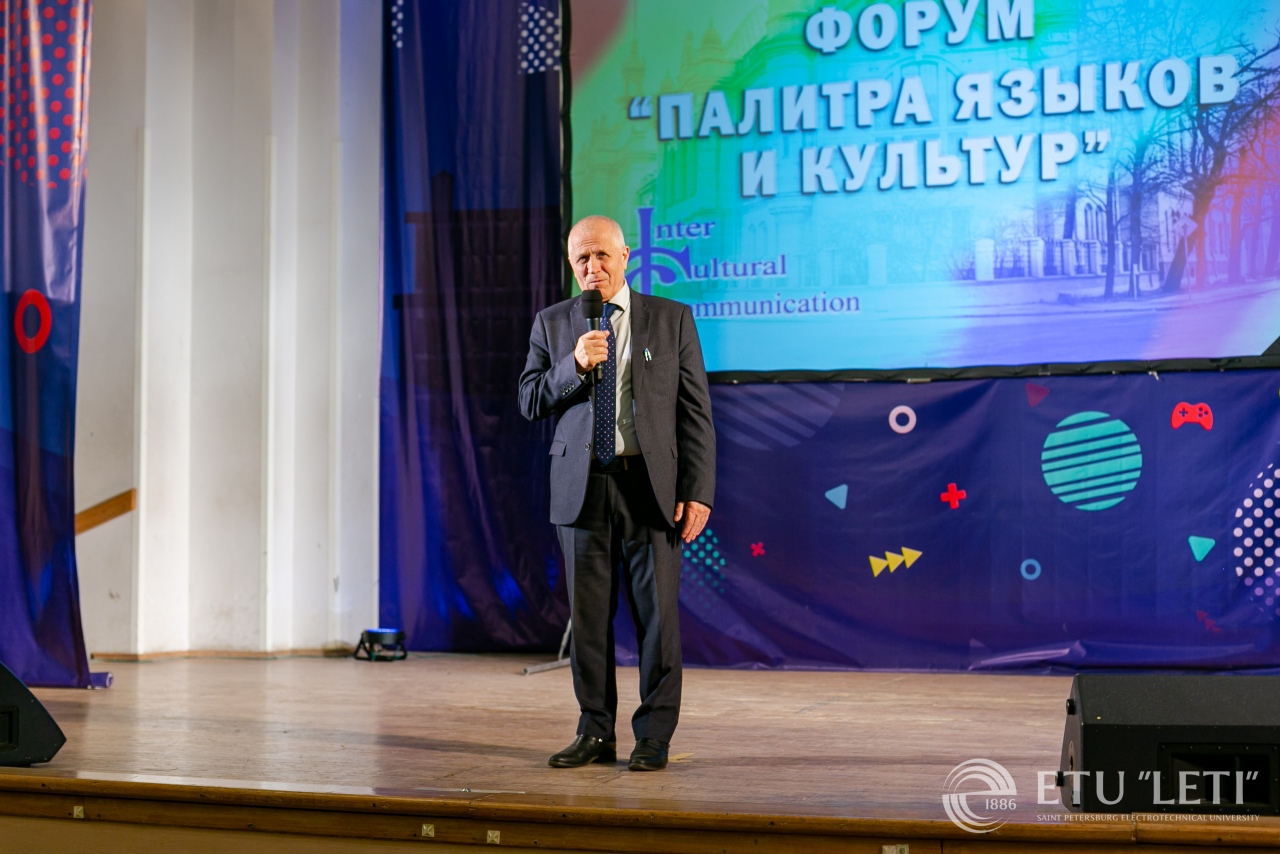 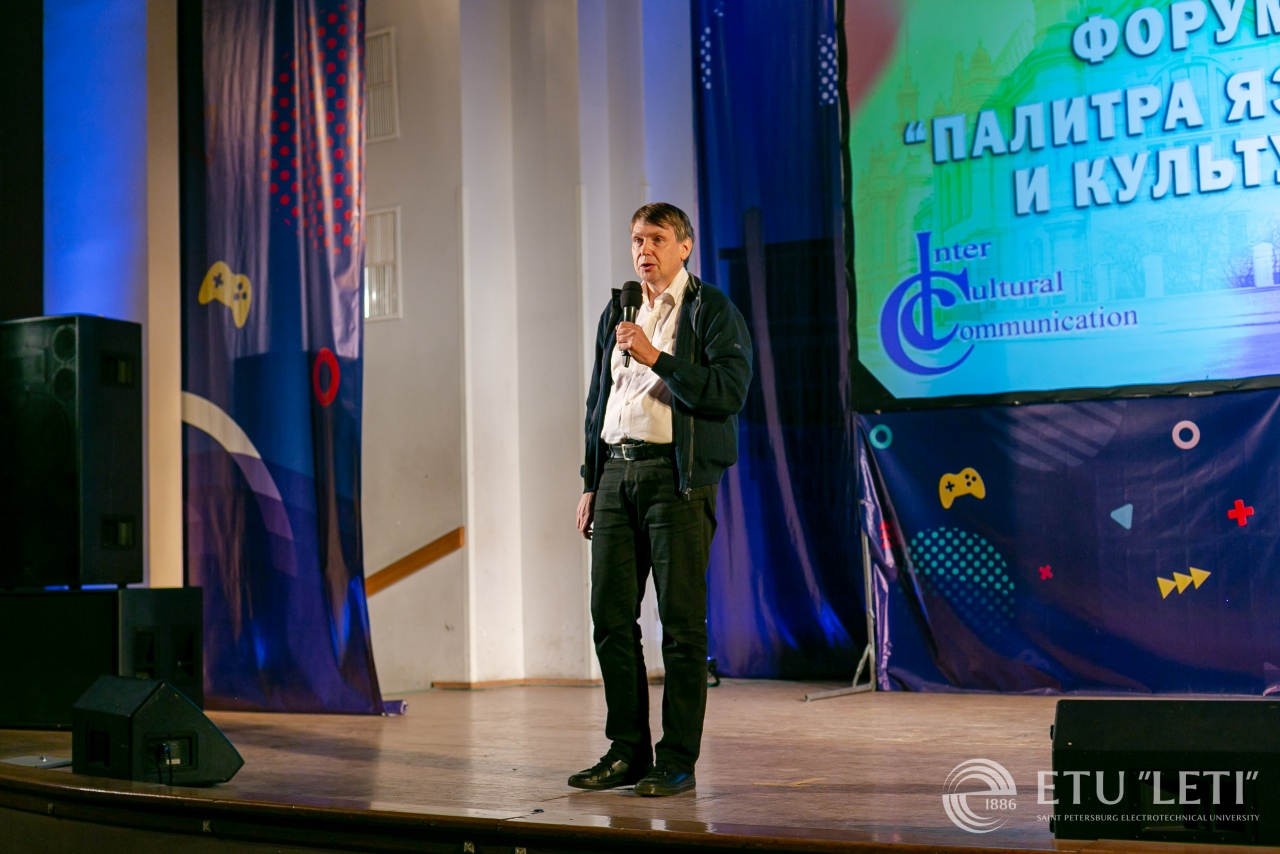 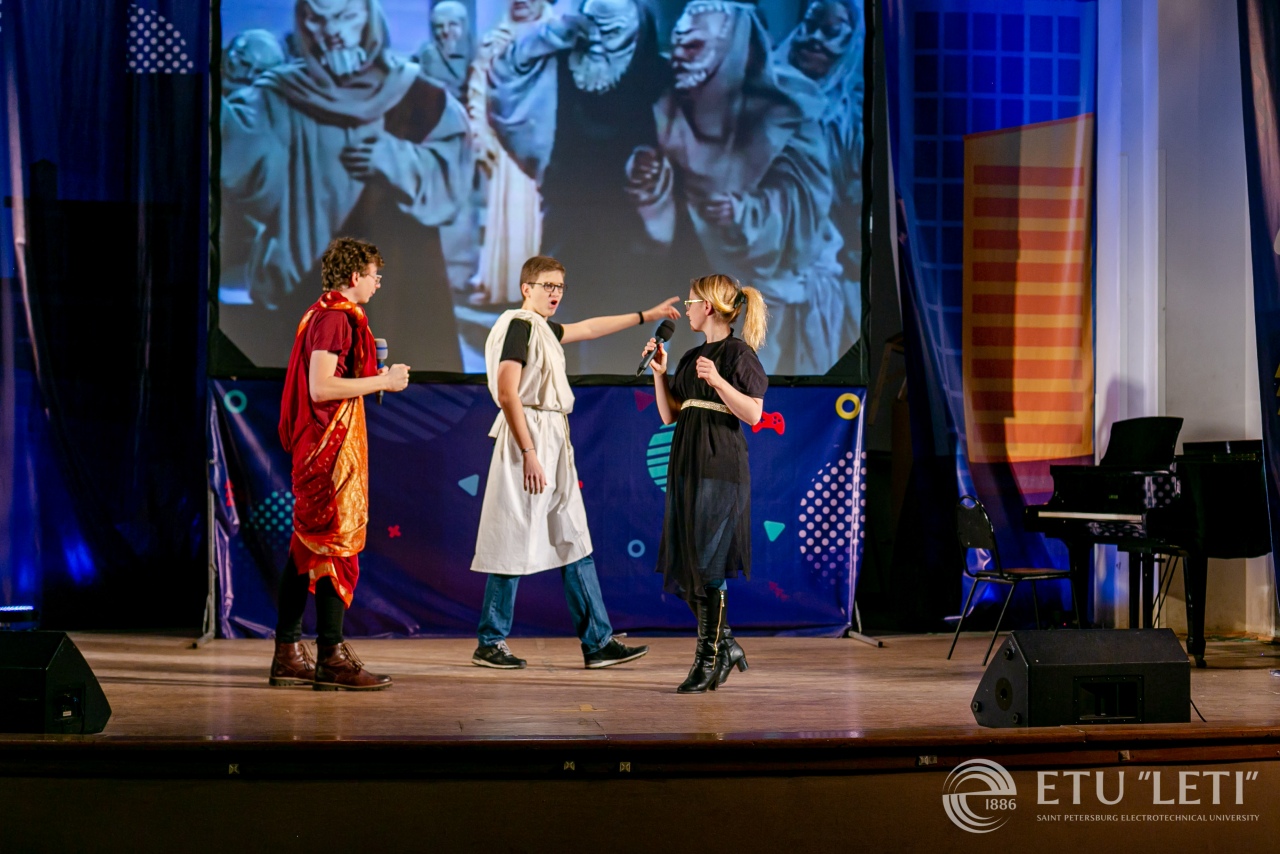 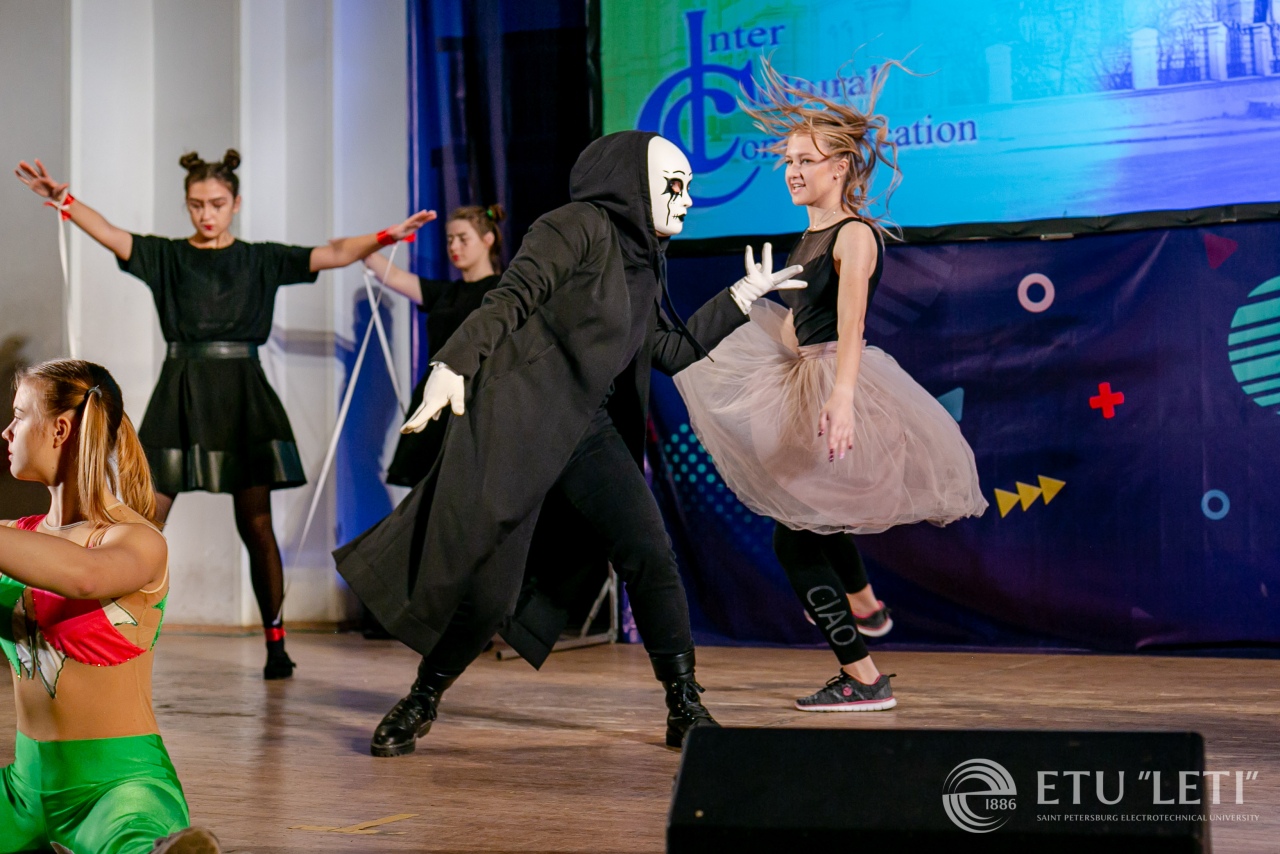 Also, dishes of Arab countries were presented at the exhibition of national cuisines of the world: Palestine, Morocco, Iran, Syria, Yemen, and Iraq. You could also try the Vietnamese Gỏi cuốn rolls or try Kimchi, the main dish of Korean cuisine. International students happily treated everyone and shared the secrets of cooking.

The Forum ended with a concert. Mikhail Kupriyanov, Director of the Department of Education of ETU "LETI," greeted guests and artists.

“The holding of such a Forum is the imperative of our time. ETU "LETI" student family is an international family. Today, in our hall, there are representatives of different countries, mentalities, and cultures. We speak different languages, but we must support each other and trust each other, build the future of our planet together!”

Students and lecturers of various universities of St. Petersburg made performances and performed songs in different languages of the world. The participants agreed that the XII Forum became another bright mix on the colorful palette of the large student family of ETU "LETI."