University / Three Golds, a Silver, and a Bronze: LETI is a Champion of International Olympiads

Three Golds, a Silver, and a Bronze: LETI is a Champion of International Olympiads 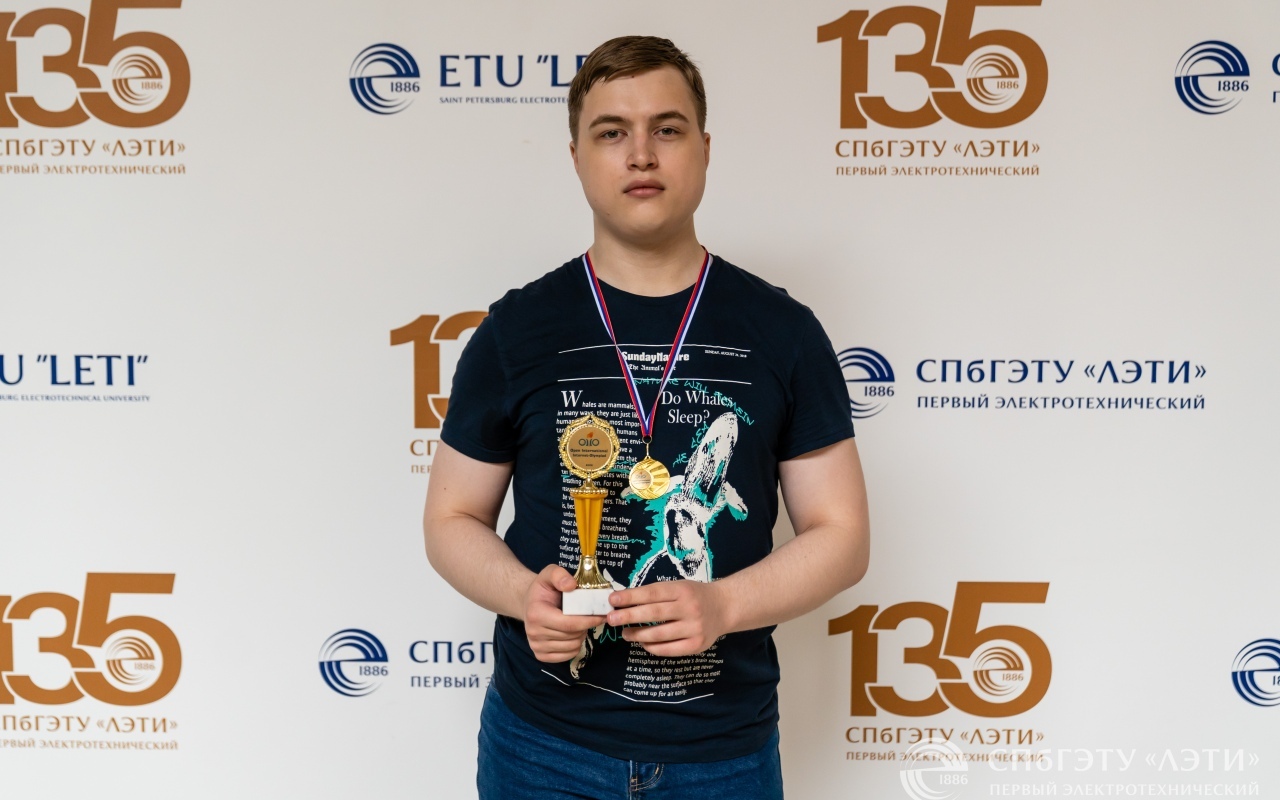 In the spring of 2022, the results of the Open International Student Internet Olympiad in Mathematics, Computer Science, Physics, Chemistry, and others were announced. Students from universities in the Russia, Kazakhstan, Kyrgyzstan, Tajikistan, Turkmenistan, Uzbekistan, Belarus, and Slovenia took part in the final stage of the competition.

"I have been taking part in math Olympiads since I was a kid because it's a good opportunity to prove yourself and try your hand. And the science itself attracts me by the fact that math describes absolutely everything. For example, if physics studies the laws of our universe, math studies the laws of everything. Even if you imagine some parallel universe in which the laws of physics are completely different, the number Pi there will remain unchanged, and the mathematical laws will remain unchanged. Its laws cannot be broken."

Igor Roslov, a third-year student of the Faculty of Information Measurement and Biotechnical Systems, took second place in the Chemistry Olympiad. His mentor is Olga Rakhimova, Associate Professor of the Department of Physical Chemistry. A total of 2200 students from 95 universities in 5 countries took part in the Olympiad in the subject, including 2014 students from 80 universities in Russia, including 18 students from LETI.

"Participation in Internet Olympiads is a great opportunity for students to try their hand, compare their knowledge with that of students from other universities in a familiar environment, sitting at a computer. As we can see, our students show excellent results; it is important both for them and for teachers. Congratulations to all the winners, congratulations and thanks to their mentors!"

The Open International Internet Olympiads for students have been conducted since 2008. For twelve years, approximately 432 000 students from 1072 higher educational institutions in 20 countries participated in them.