Scientific practical Symposium "Energy of Thought" will be held within the framework of Laureate Week of International Energy Award "Global Energy" on May 20, 2014 at "LETI" in videoconference hall, building 5.

Scientific practical symposium "Energy of Thought" will be held within the framework of Laureate Week of  International Energy Award "Global Energy" on May 20, 2014 at St. Petersburg State Electrotechnical University "LETI" in videoconference hall, building 5.

International Energy Award "Global Energy" is one of the most prestigious international prizes awarded to outstanding scientific achievements in the field of energy that brought benefit to all mankind. The prize was established in 2002 and is awarded annually. During twelve years of its existence, 31 scientist from UK, Germany, Iceland, Canada, Russia, USA, Ukraine, France, Sweden and Japan became its owners. Informally this prize has the name "Energy Nobel."

Scientific and Practical symposium "Energy of Thought" is one of the key events of Laureate Week of International Energy Award "Global Energy". This momentous event traditionally brings together famous scientists. Authoritative experts in the mode of scientific debate discuss current issues of global energy development and ways to solve the world's energy problems.

Winners of All-Russian competition of youth research projects in the field of energy "Energy of youth" will report in ETU with short messages within the scientific and practical symposium " Energy of Thought". Every year non-profit organization "Global Energy" holds this competition. Its main purpose is scientific progress in the field of energy in Russia, which is achieved by encouraging of young scientists and increasing of their interest in research in this area. 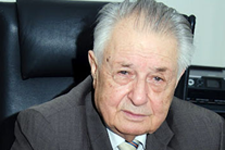 He was awarded "Global Energy" in 2014 for outstanding contributions to improving of nuclear energy safety and decommissioning of nuclear facilities. 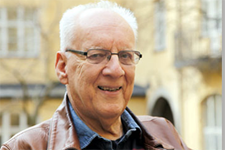 The prize "Global Energy" was awarded him in 2014 for outstanding contributions to improving safety nuclear energy and decommissioning of nuclear facilities.

Despite the fact that Lars Larsson has always lived and worked in Sweden, his most famous works are closely connected with Russia, in particular, with the problem of restoration of normal background radiation of the Russian Arctic zone.

Many works of Lars Larsson were prepared in close cooperation with Russian scientist Academician A.A. Sarkisov.