St. Petersburg Lace of Cultures: LETI Held a Forum on the World's Cultural Identities and Languages 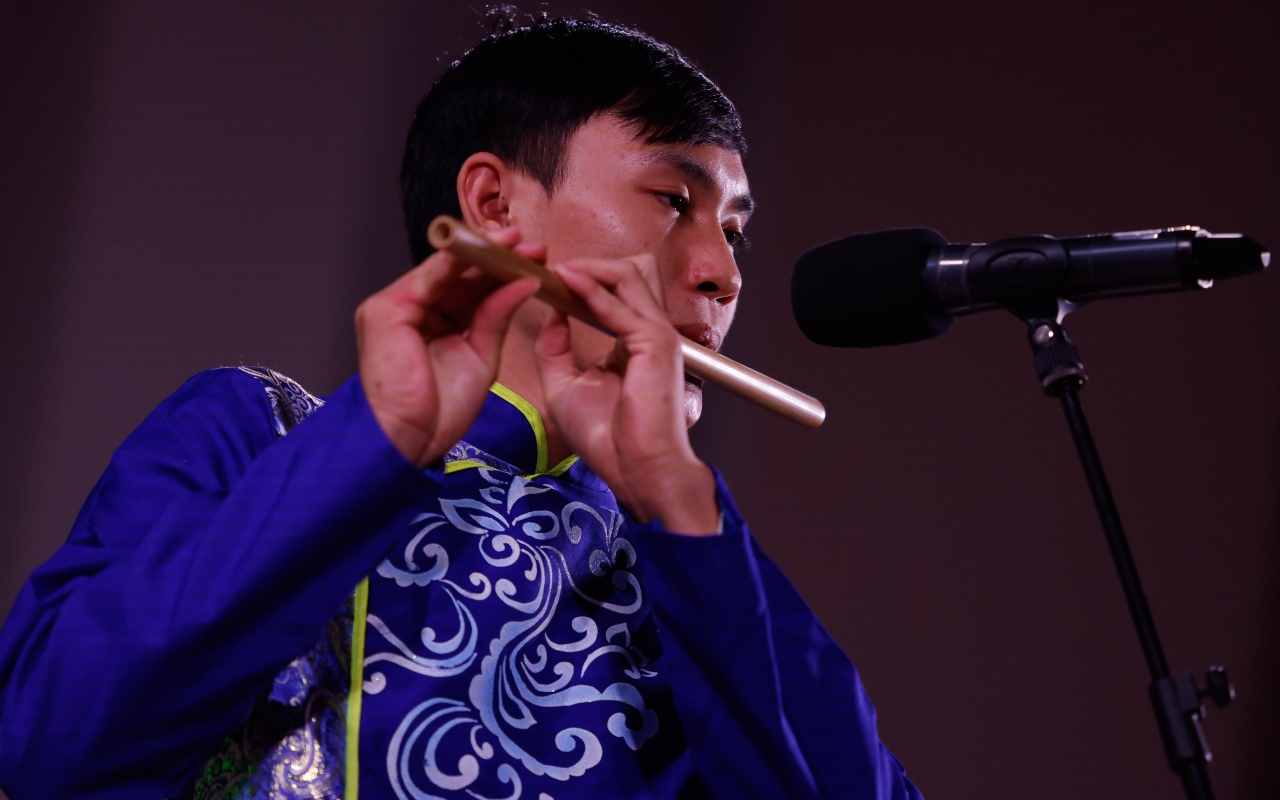 As part of the Palette of Languages and Cultures Forum, more than 150 linguists and international students discussed and demonstrated the diversity of cultures reflected in language, traditions, and national cuisines.

LETI held the Fifteenth Annual Inter-University Forum "The Palette of Languages and Cultures." This year, after a two-year break, the long-awaited event has returned from its remote Zoom mode to the LETI's glamorous Assembly hall. The Forum was organized by the International Students Office and the Department of Foreign Languages.

The first Palette's day opened with an exhibition of national costumes and household items. A traditional and most popular part of the morning program included the sample tasting of national dishes cooked by the international students of LETI. Students and lecturers of the university had a rare chance to taste cuisines with diverse geographic and cultural backgrounds: from Belgium to Uzbekistan and from Vietnam to Algeria. 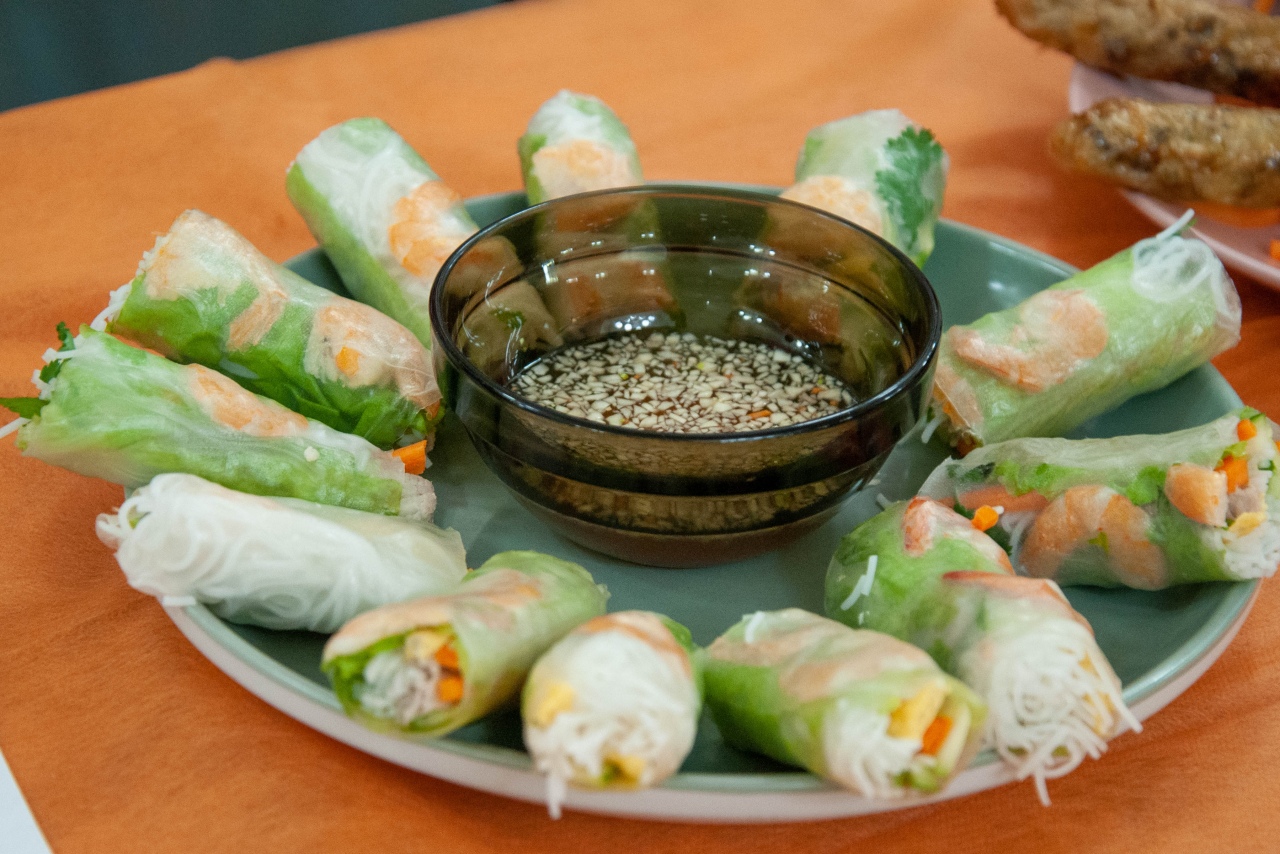 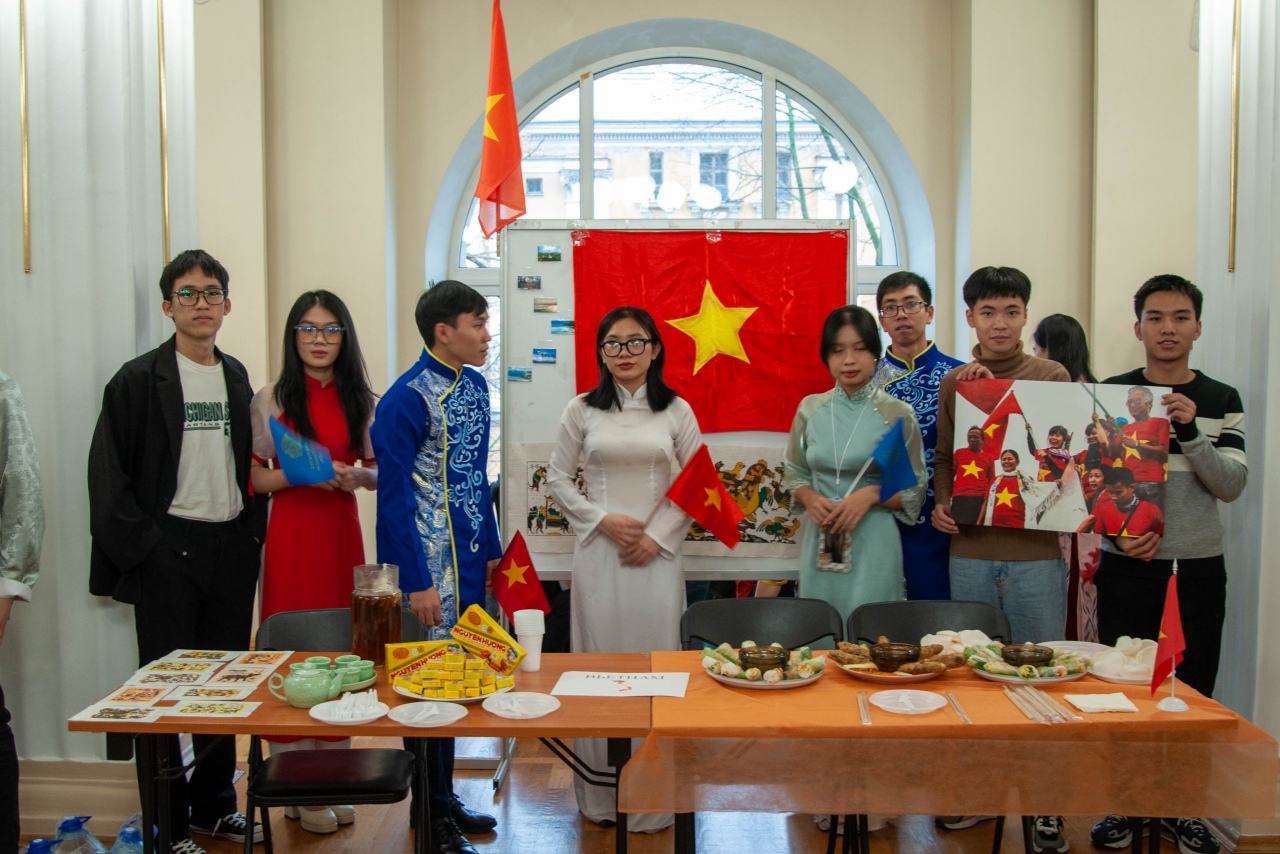 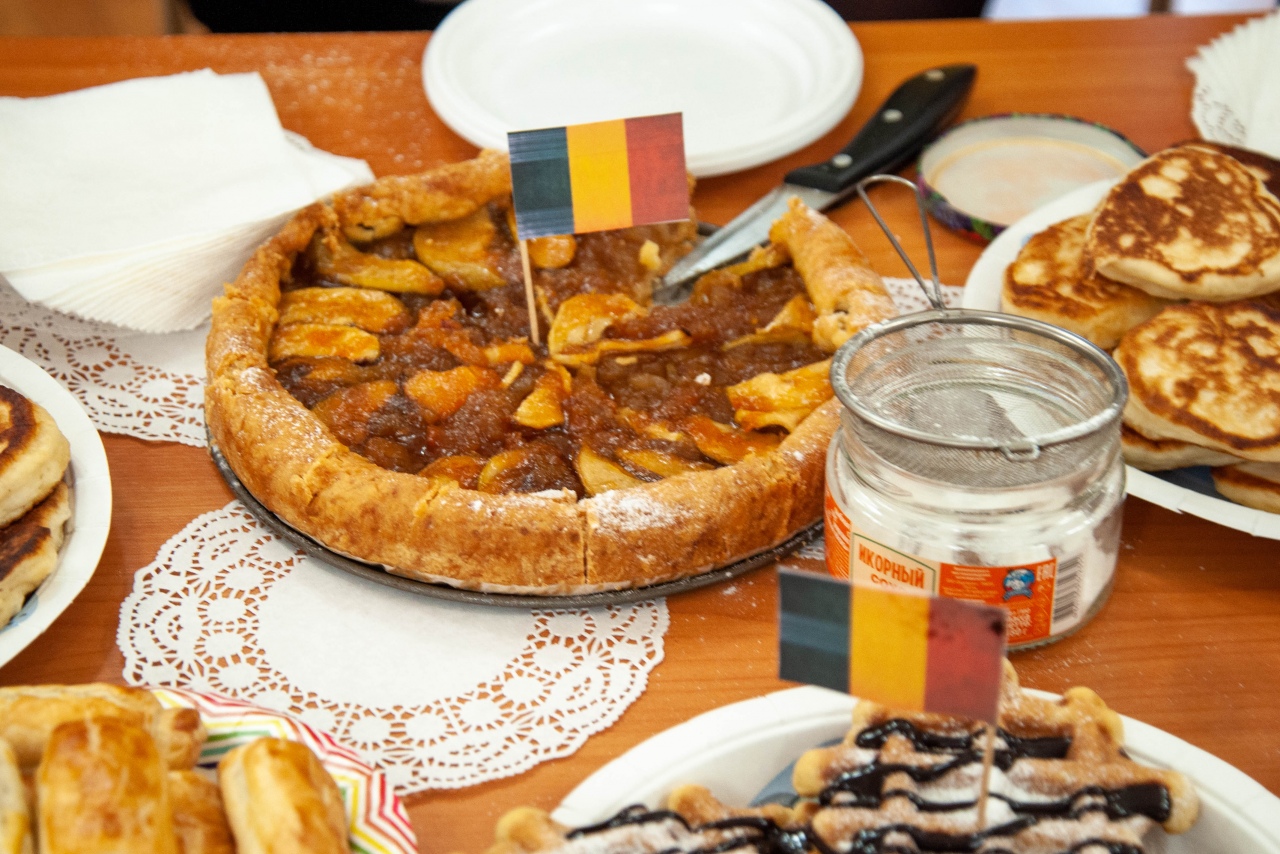 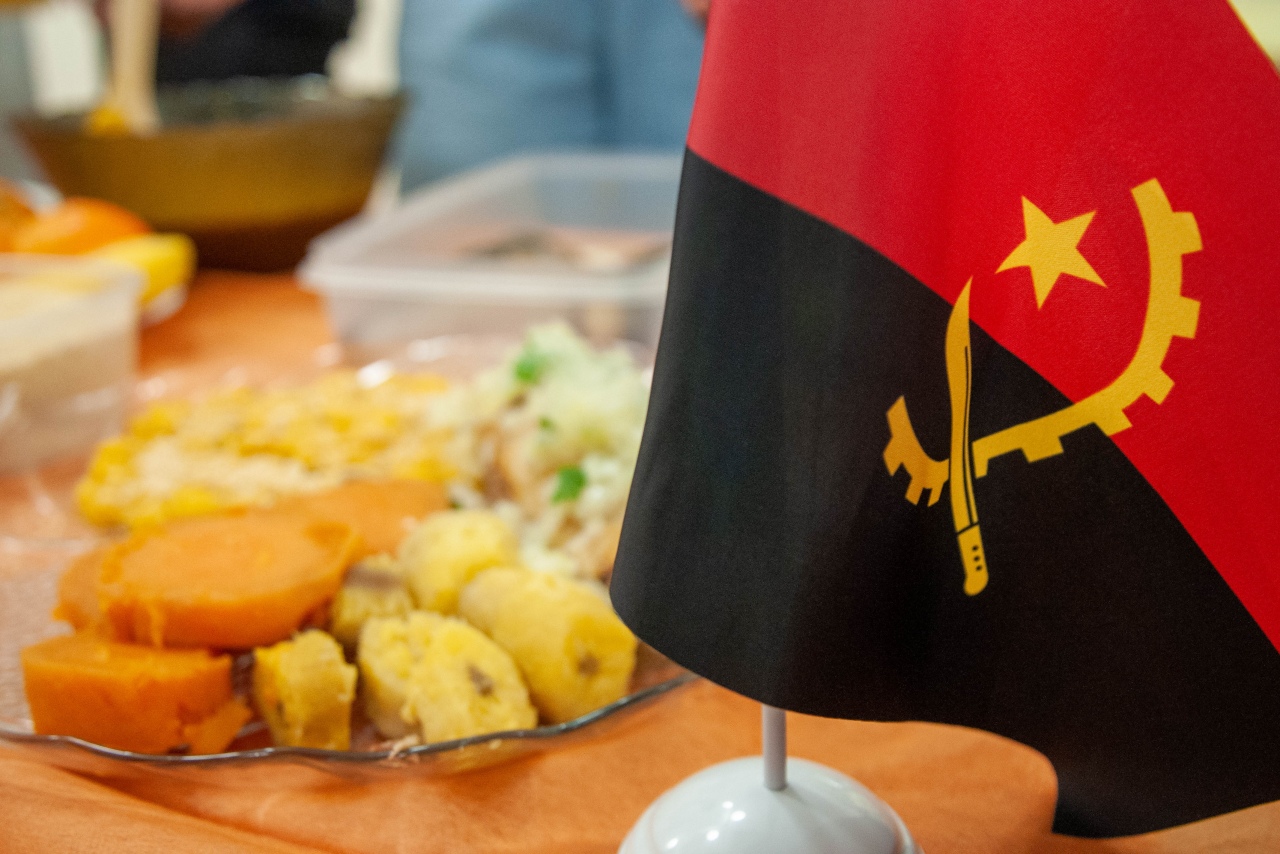 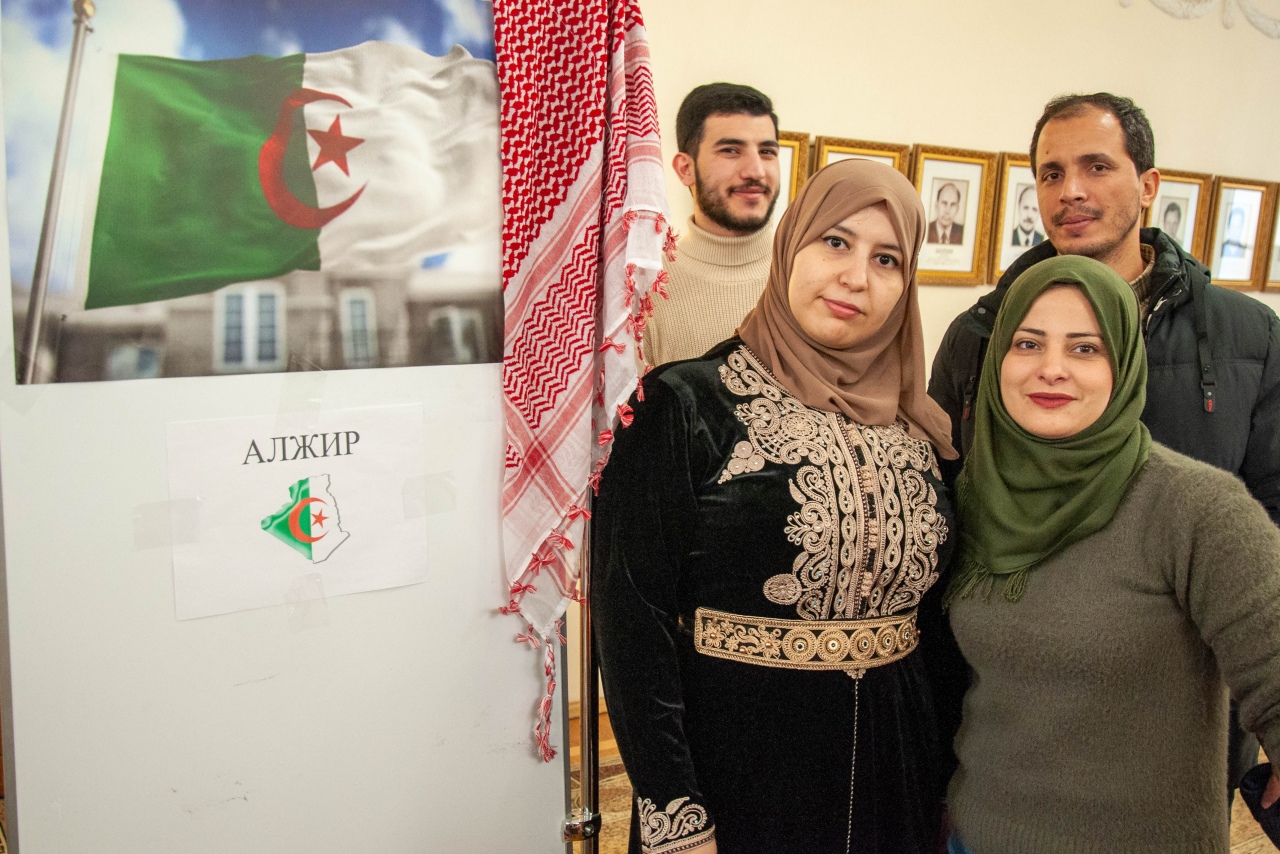 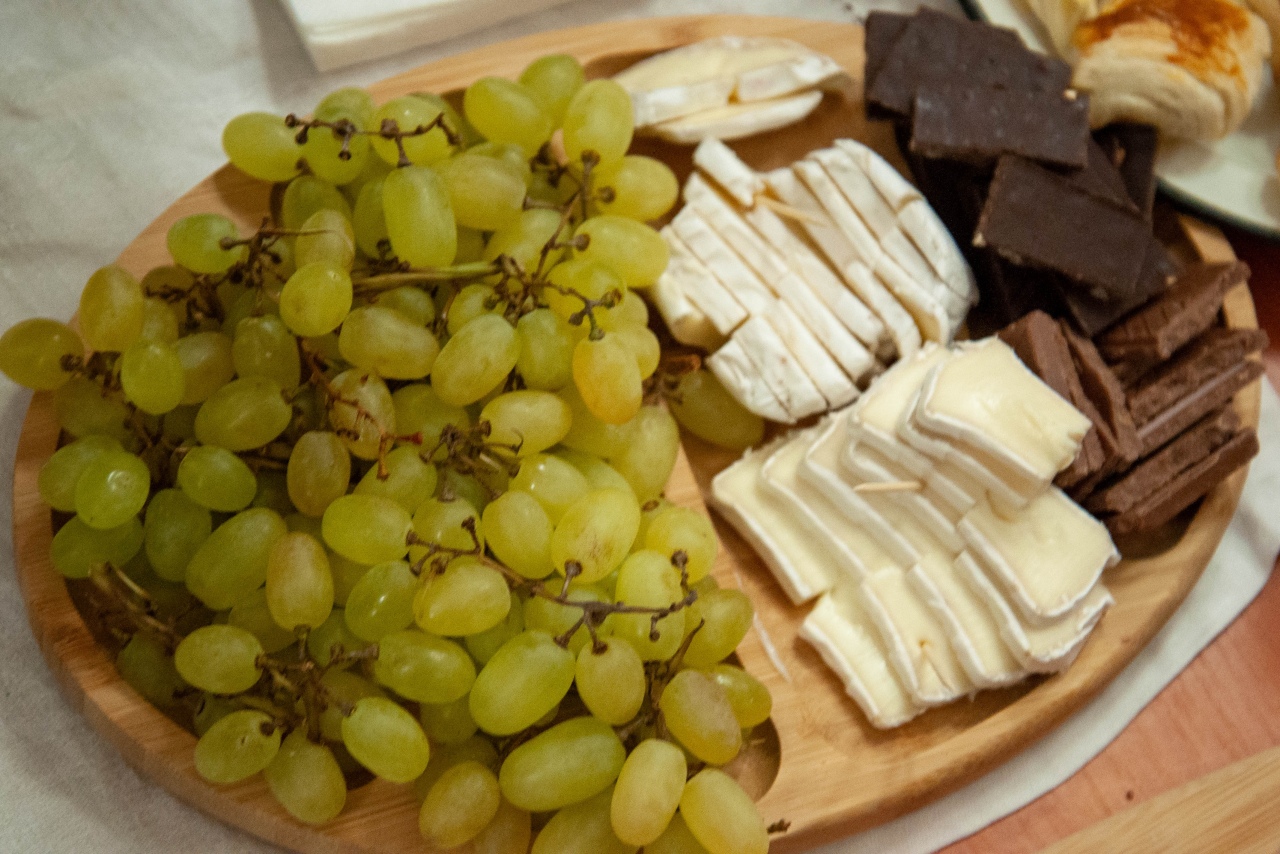 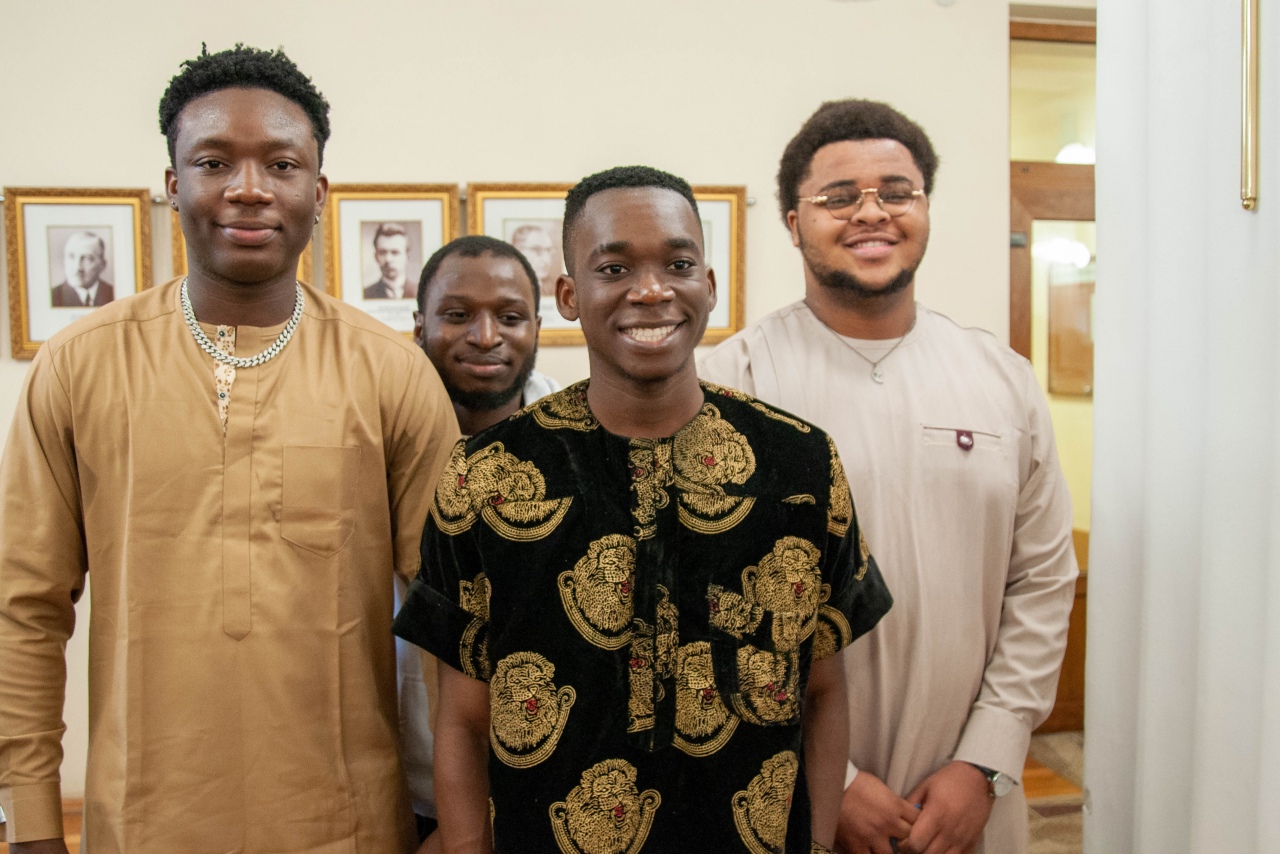 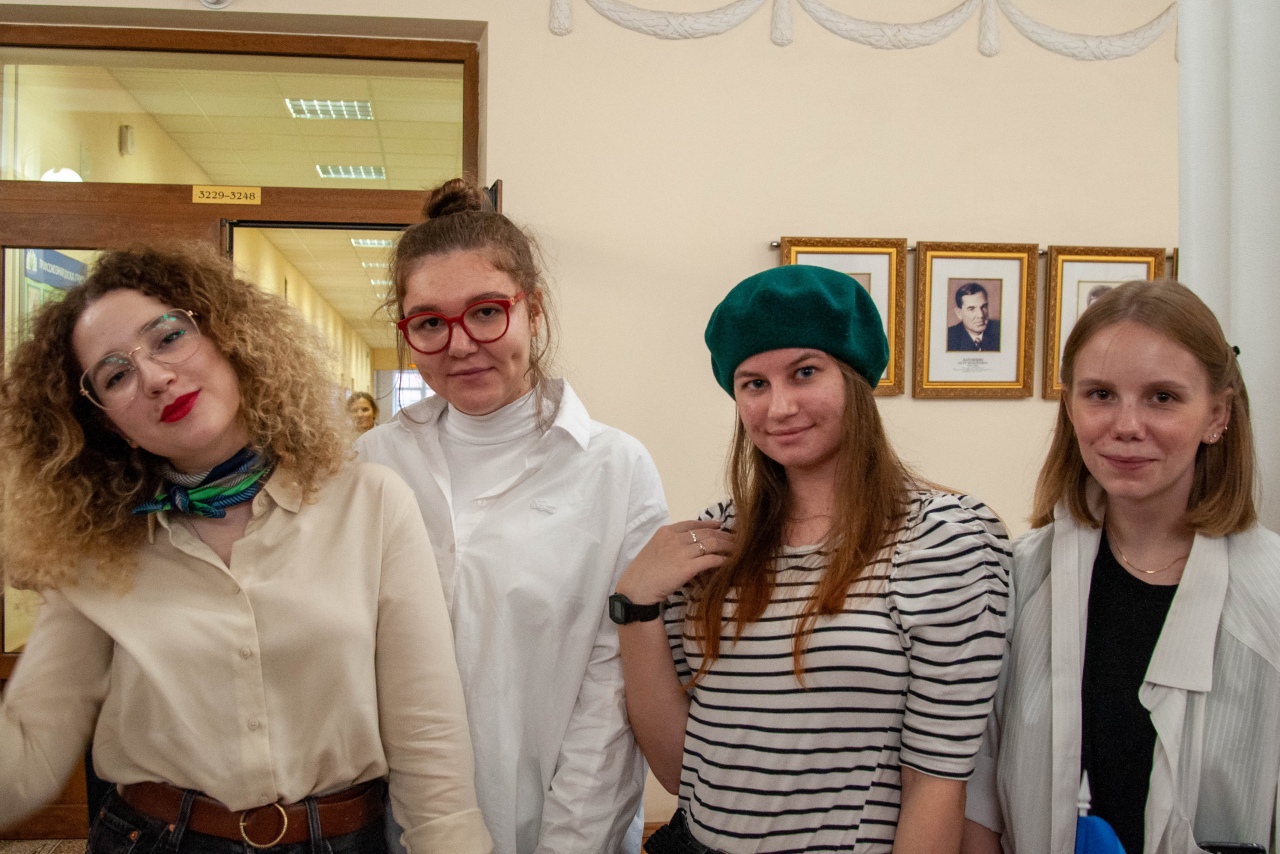 The forum was continued by a gala concert, where international students and representatives of the LETI Faculty of Humanities showed dance, music, and recital performances, vividly demonstrating the diversity of cultures concentrated in the university. Nagham Aldaabool from Syria hypnotized the audience with the magical oriental dance, while the expressive performance of Anesu Ruzuwe from Zimbabwe energized the entire hall. The unique performance of linguistics students, who "sang" in sign language, overcoming all linguistic barriers, also produced a great emotional impact.

"International relations are getting more complicated, but cooperative interaction and cultural exchanges cannot disappear. The events of Inter Week and especially the Palette of Languages and Cultures are the best proof of that. No matter how difficult it is now, we will continue together!"

A true interaction of cultures was synthesized in the Sphinx performance, where student Eugenia Schelkonogova recited a poem about ancient Giza to the music of pianist Aghdam Said Ramesani from the Netherlands. "Voices of Africa" at the concert were Georges Daniel Carlos Muamboma of Angola and Joshua Oluwatosin Olusanya of Nigeria. The participants also made artistic landings in Kazakhstan, Belarus, and Russia as part of their journey through the cultures of the world.

"The fact that the forum is finally being held 'live' is very important. Almost all humanities students engaged in the concert are in their first year of studies – by this, they were able to get a real feel for student life here. They all did a great job. Our forum is not a hypothetical union of cultures, but a real interaction, so the help of the International Students Office was extremely important."

On November 3, the forum continued with the language & culture conference. During the plenary session, Emilia Bushueva, a lecturer at the Nevsky Institute of Language and Culture, made an overview of the history of Russian and Soviet cinematography and spoke about its cultural influence.

Olga Zhuravleva, Associate Professor of the Department of Foreign Languages at LETI, focused on the importance of elements of folk art and cultural traditions in communication. For example, the ethnic costume has a dual purpose: on one hand, it tells about a person's belonging to a certain group, and on the other – currently, researchers highlight the trend for strengthening personal identity through wearable items.

Olga Preobrazhenskaya, Associate Professor of the Department of Foreign Languages at LETI, examined idioms in a famous old Russian dictionary, which have different names for "evil" and "undead" in them, and analyzed their occurrence in the contemporary dictionary. It turns out that most of the expressions are now out of use! 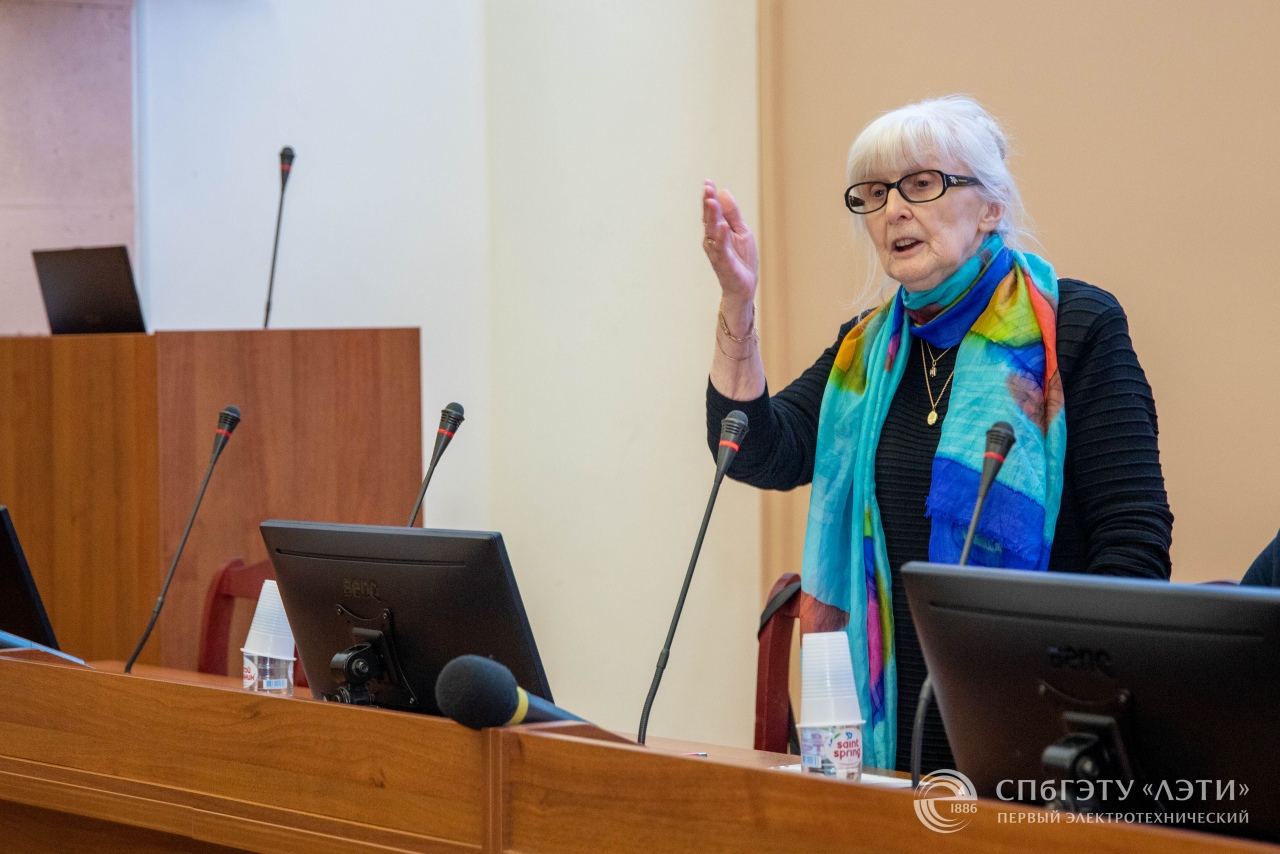 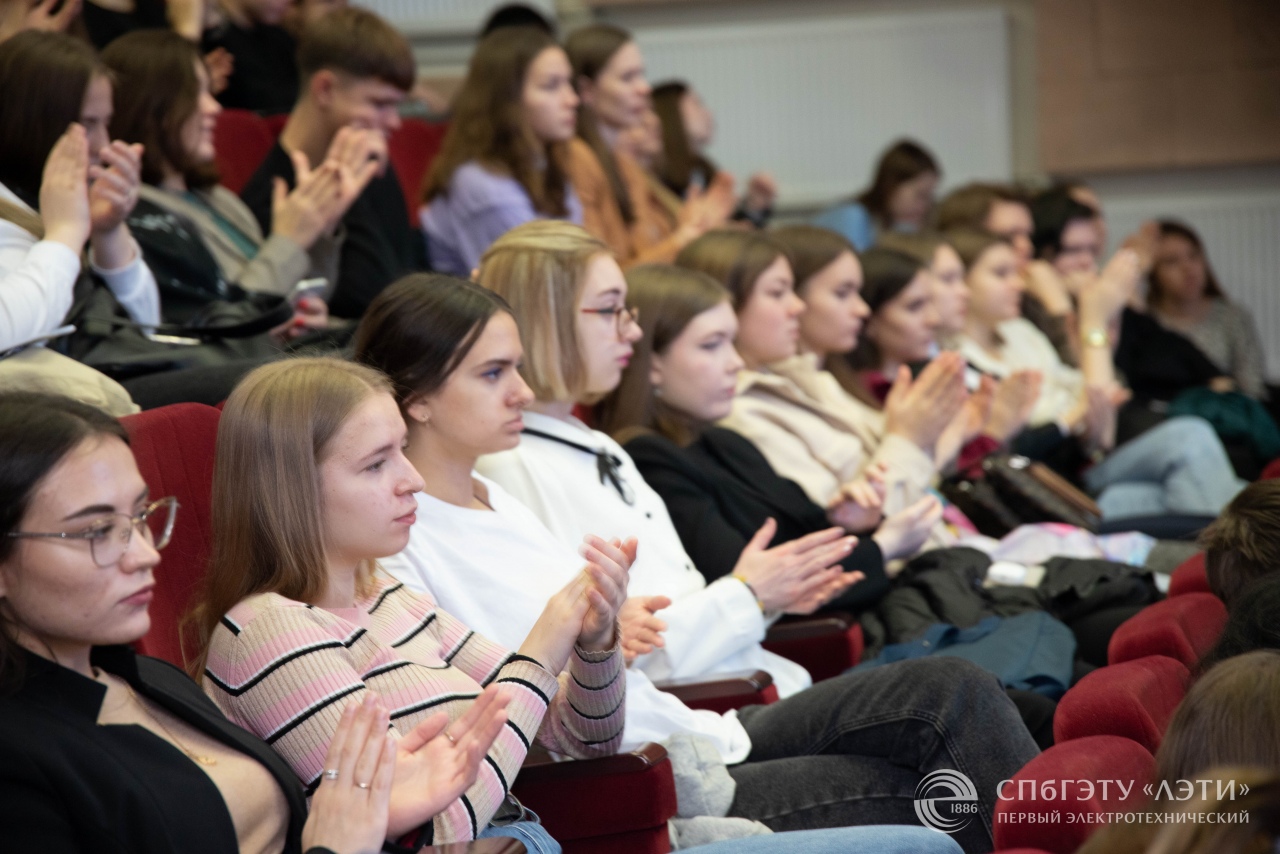 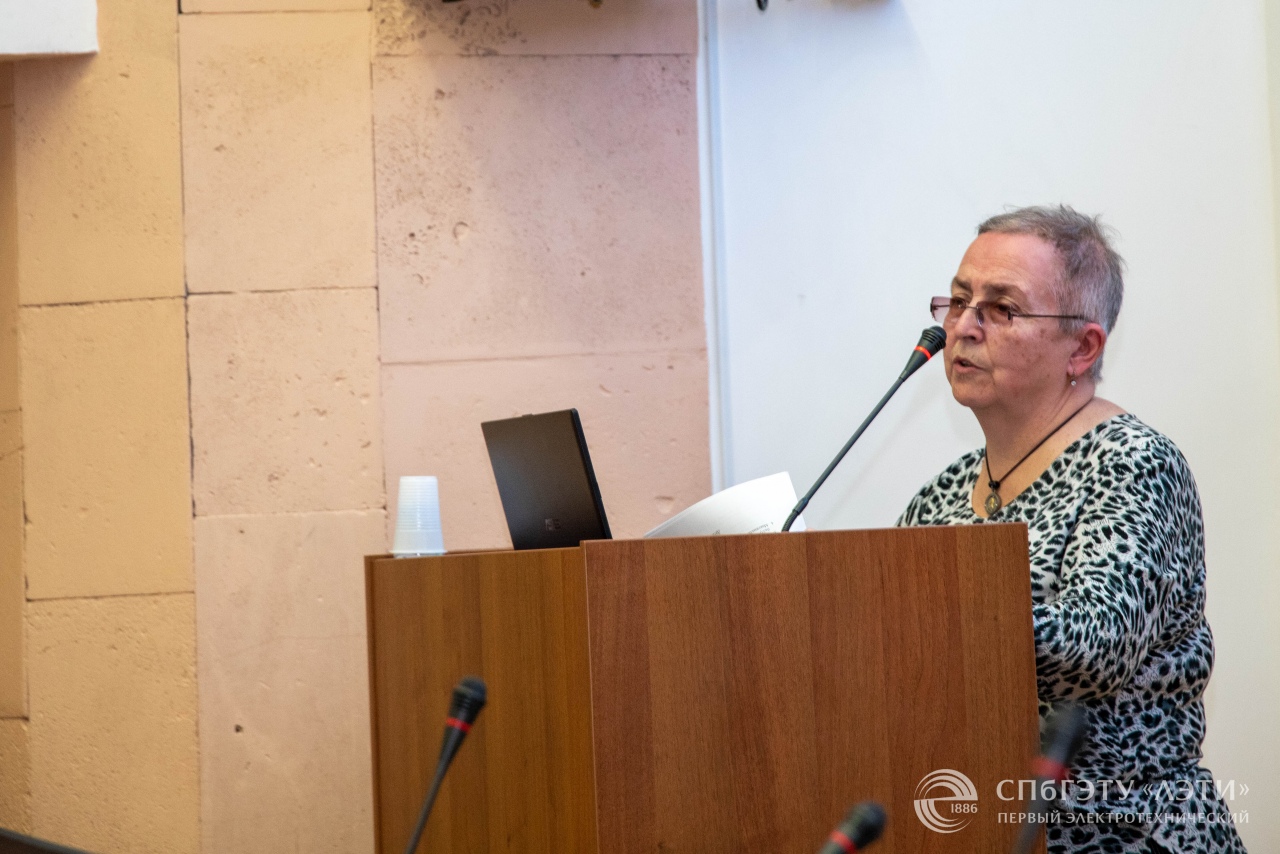 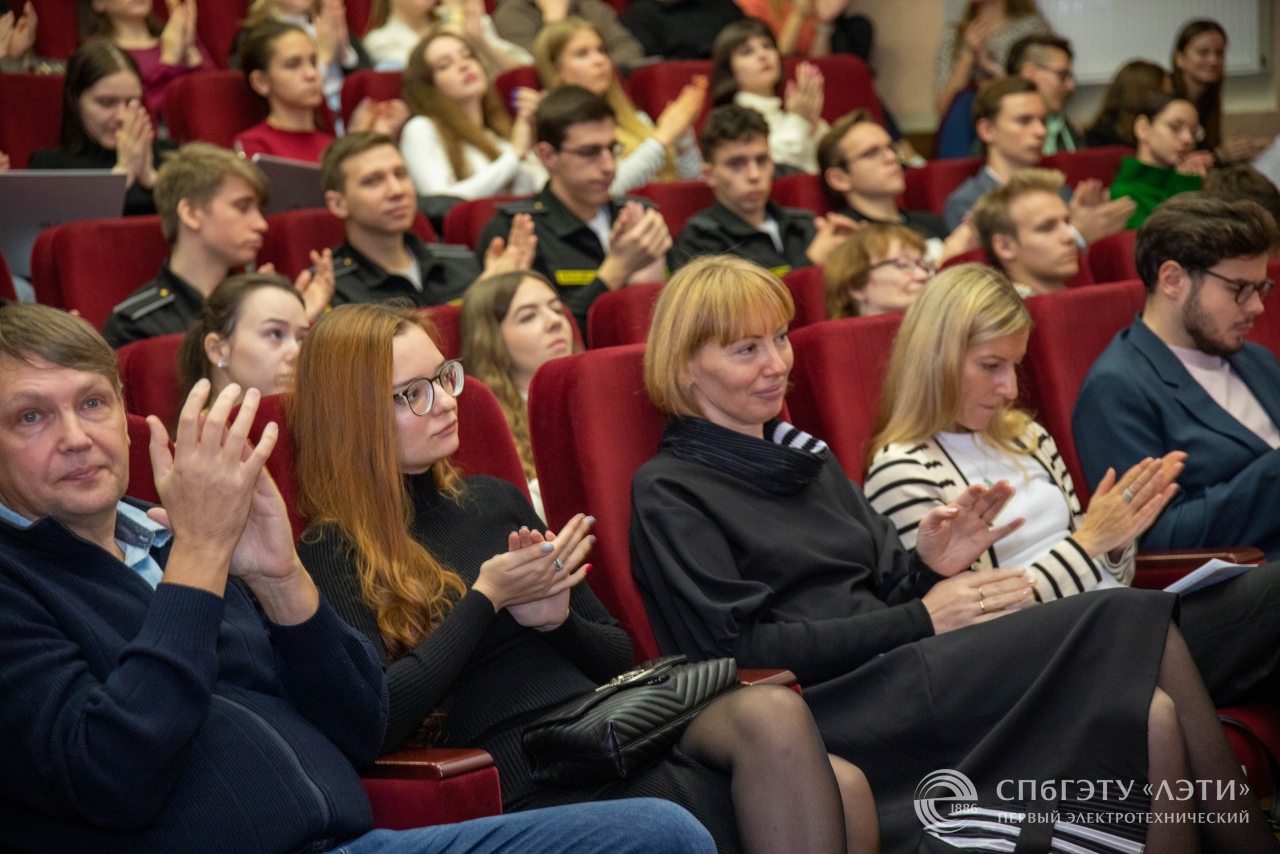 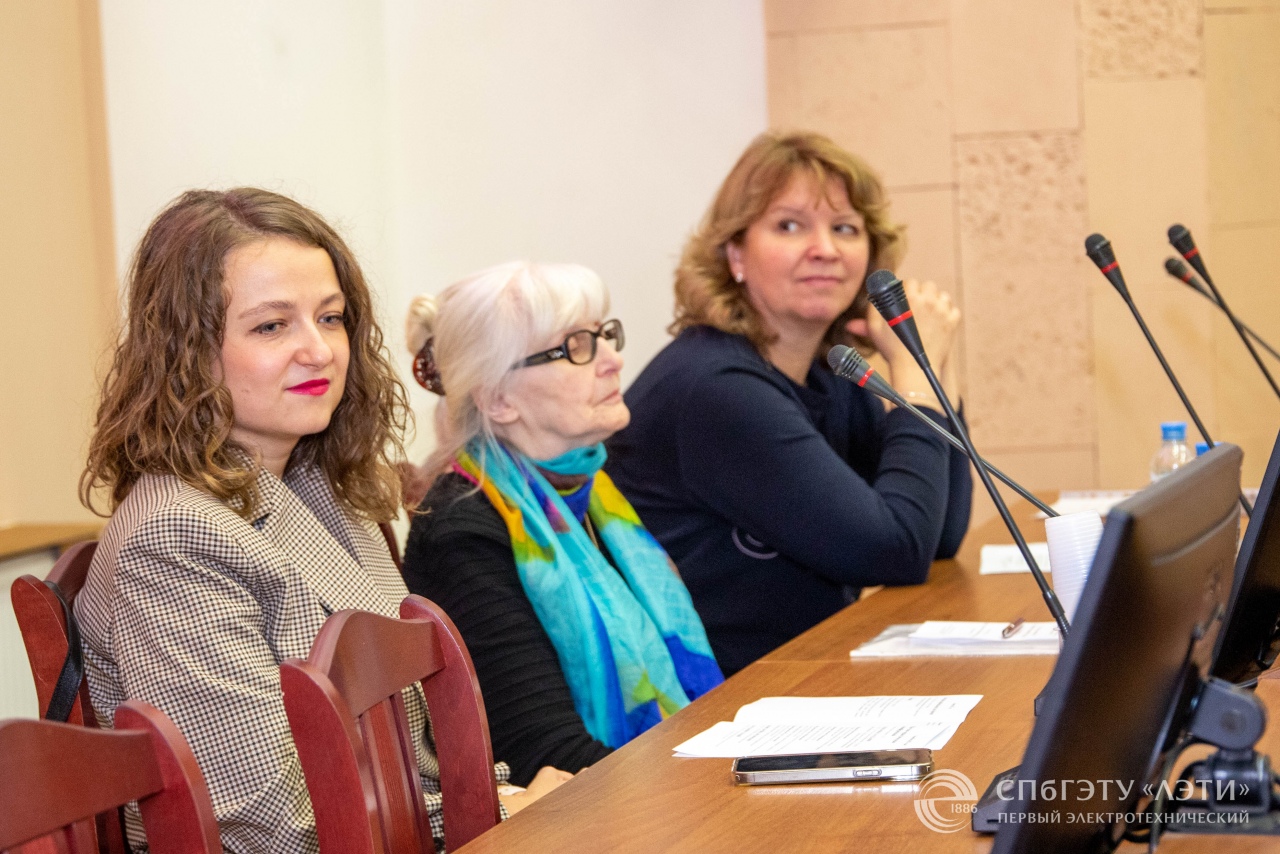 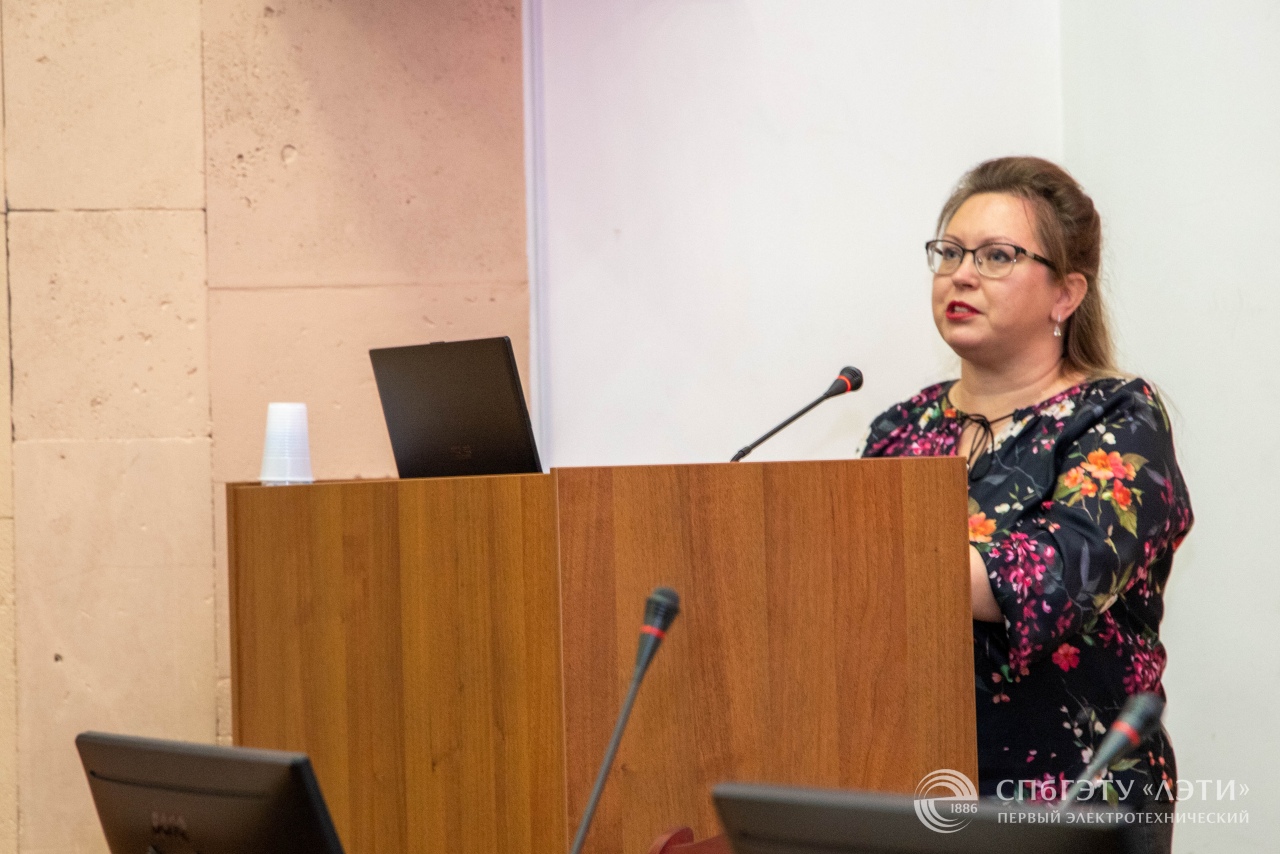 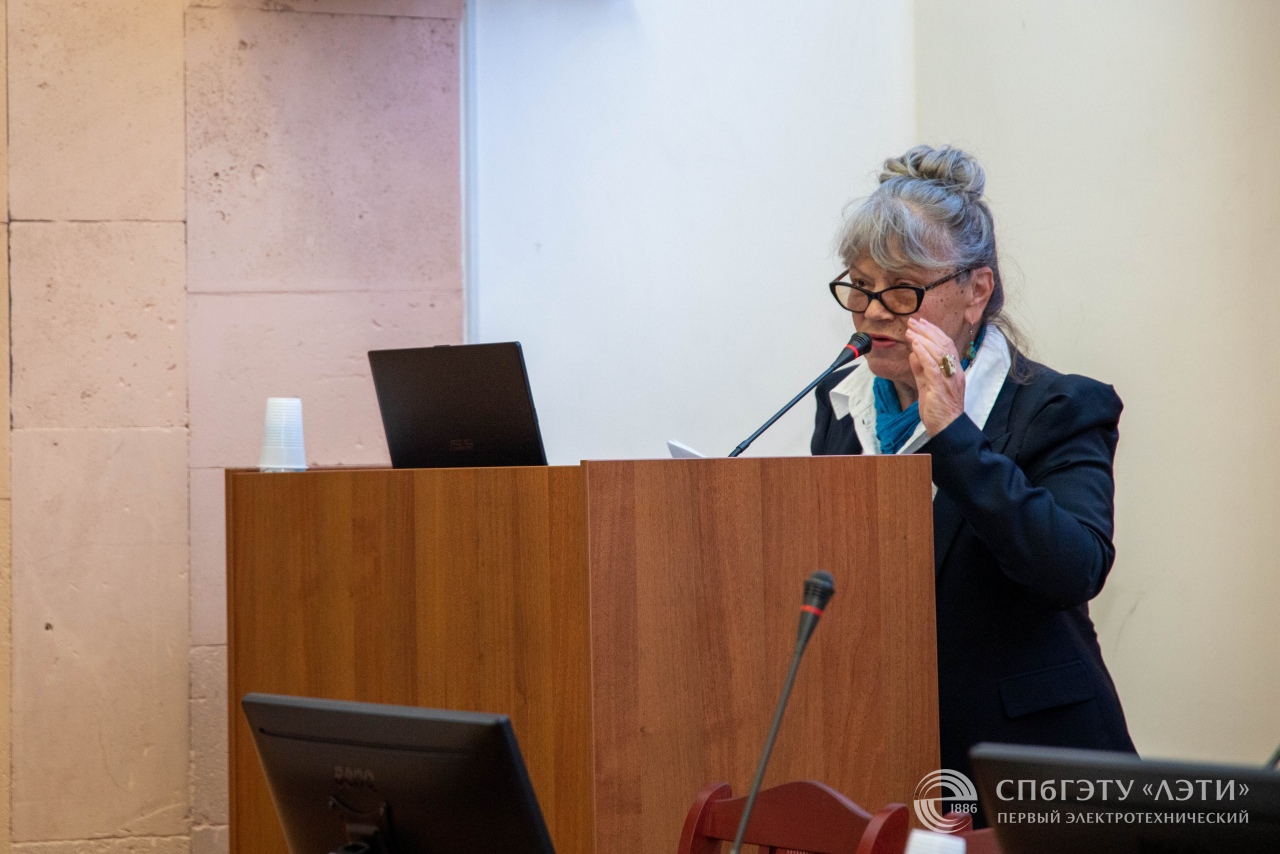 The study "St. Petersburg lace: continuation of the original art tradition" was presented by Daria Podoprigora, Assistant of the Department of Foreign Languages of LETI. The speaker made an overview of the artistic craft history and its development in Russia today.

The conference continued with breakout sessions devoted to the languages of the peoples of the world. The discussed papers and studies included linguistic issues in Celtic, English, French, Hindi, Japanese, Ainu, and the Russian Sign Language. The researchers also examined intercultural communication in the folk art context and the generic features of the national material heritage.

It has been the appropriate concluding event of the LETI Inter Week 2022.

Looking forward to your participation in the LETI Inter Week 2023!