More than 100 researchers from different fields of humanities gathered at the conference at Saint Petersburg Electrotechnical University "LETI" to discuss the problems of social development at the turn of the era.

At the opening of the plenary session, Nina Gigauri, Dean of the Faculty of Humanities of ETU "LETI," addressed the conference with an opening speech.

“At ETU "LETI," it has already become a good tradition to celebrate the new calendar year with the conference “INFORMATION - COMMUNICATION - SOCIETY.” This year, the event takes place within the university for the 17th time and is devoted to the problems of social development and the contradictions of the turn of the era. We have entered the third millennium, so the theme of the conference is now very relevant. I hope that you, representatives of sociocultural knowledge, will be interested to discuss new trends, take part in creative discussions, and exchange experiences. I’m sure that you will have a fruitful work at our breakout sessions.” 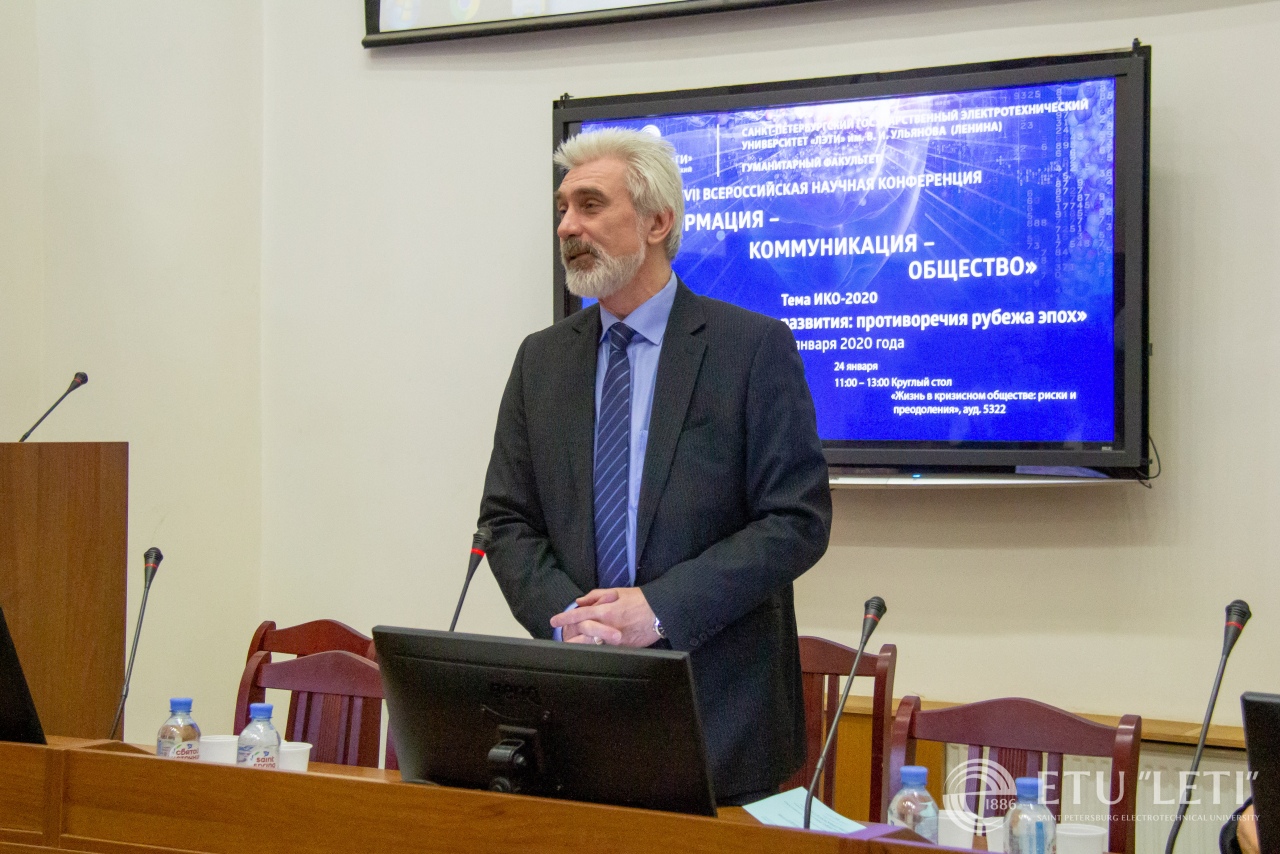 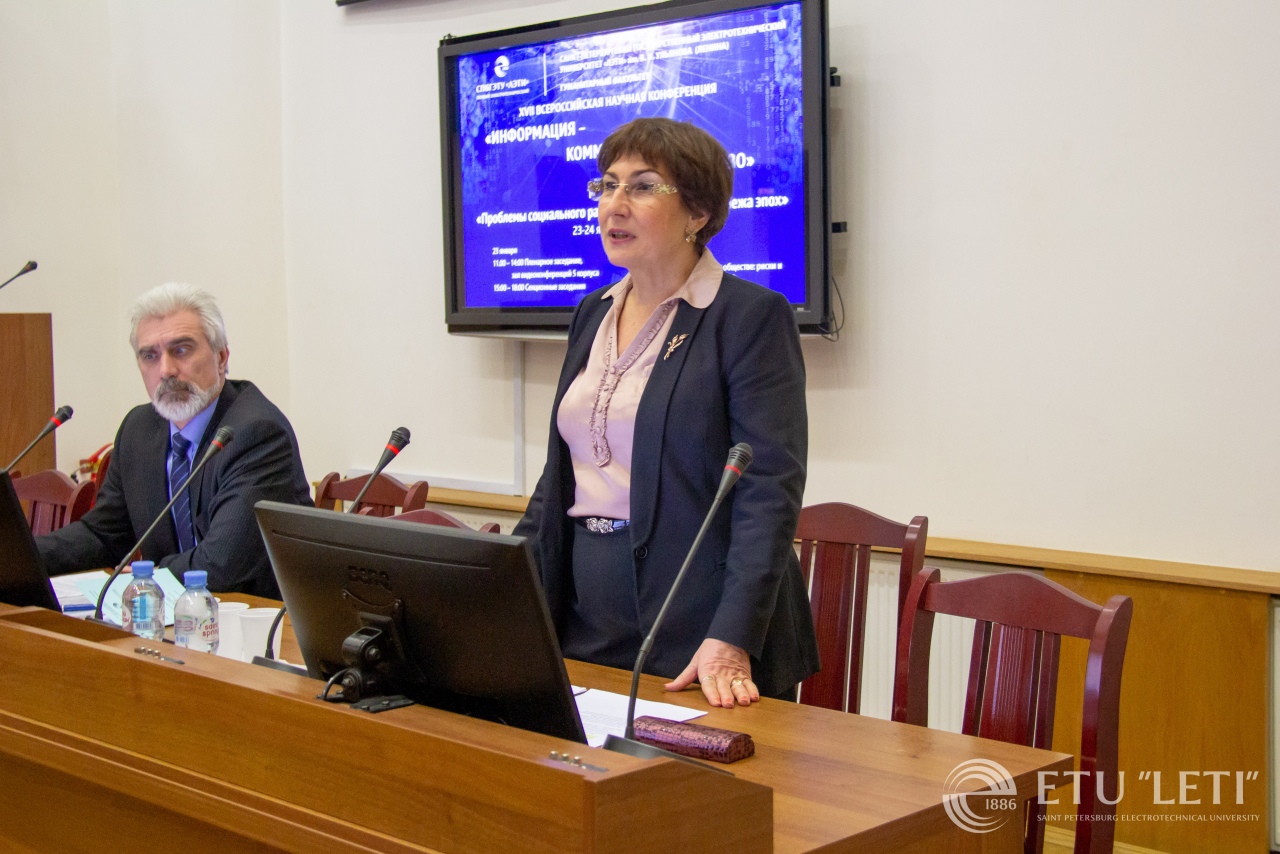 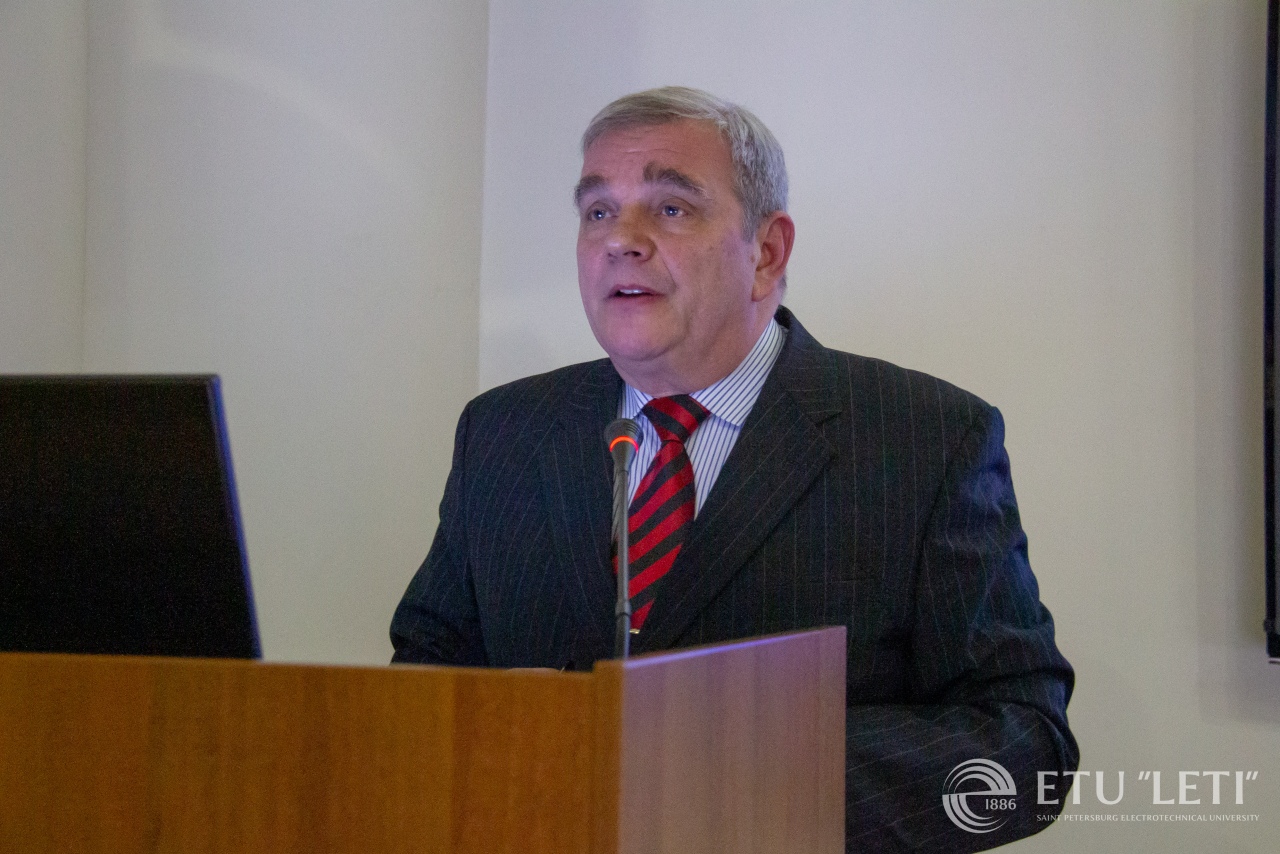 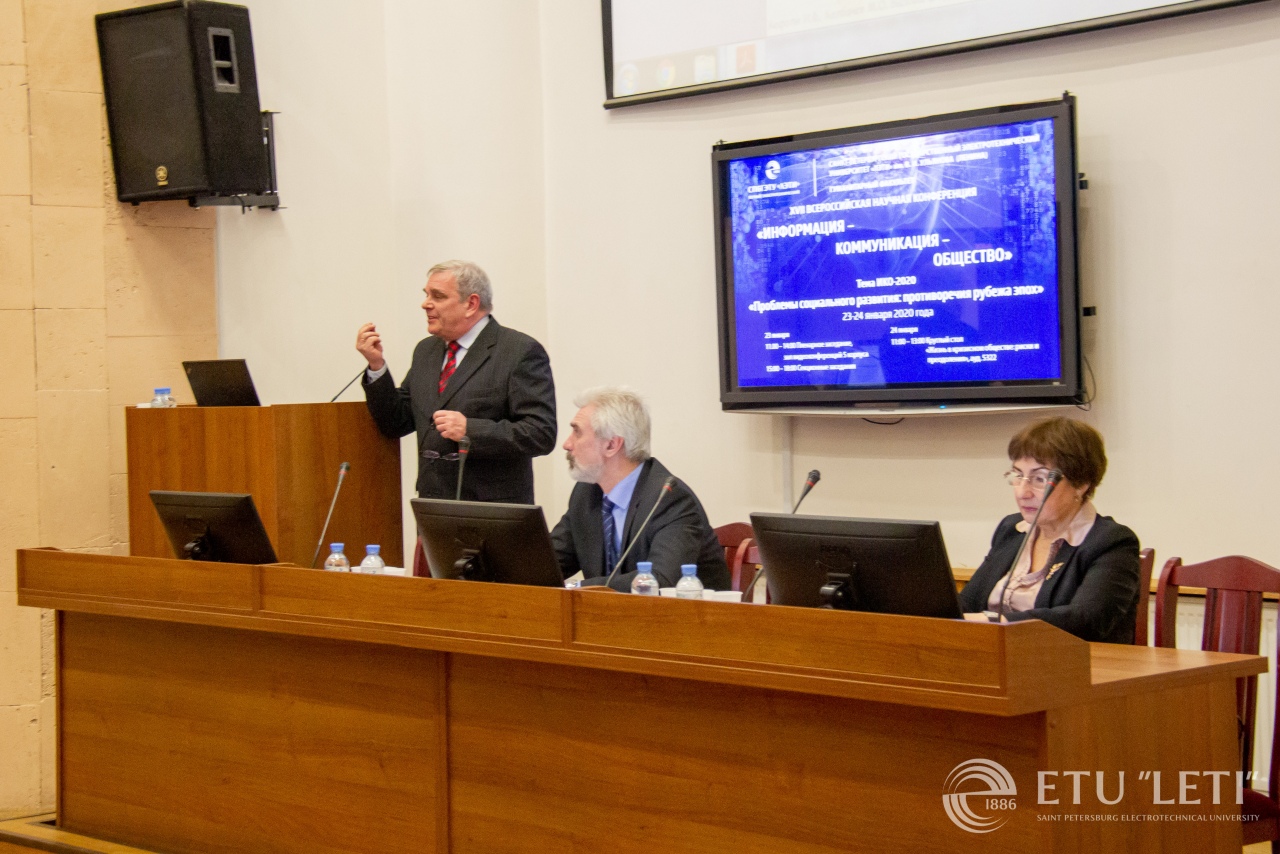 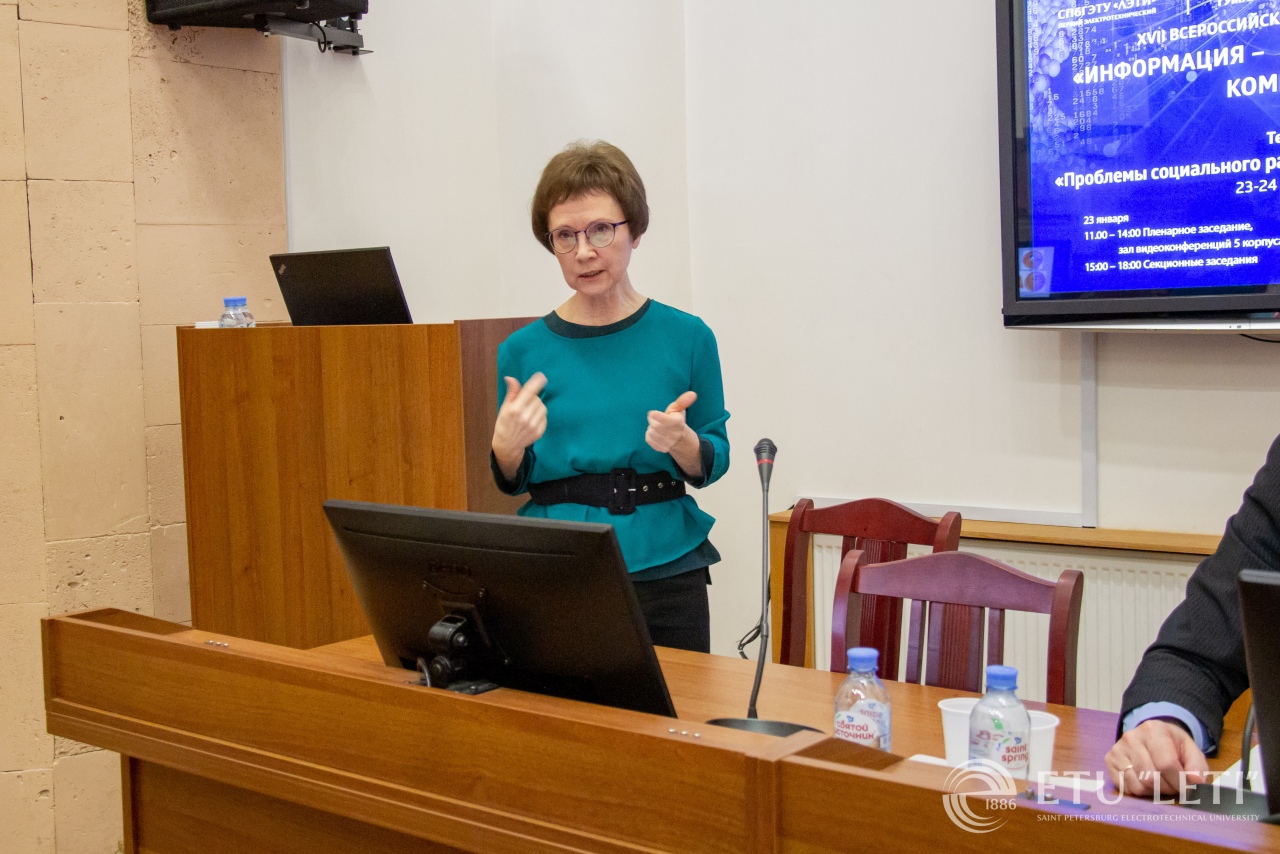 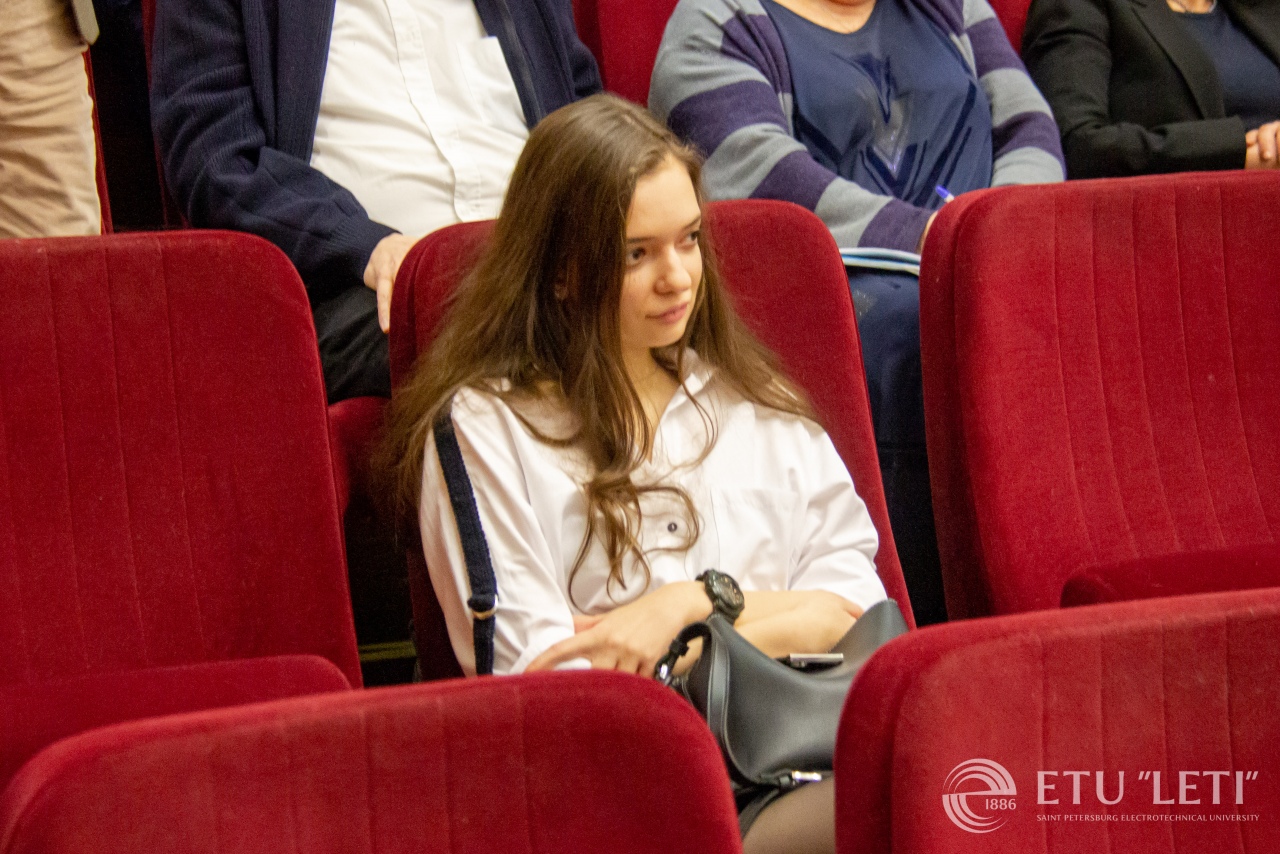 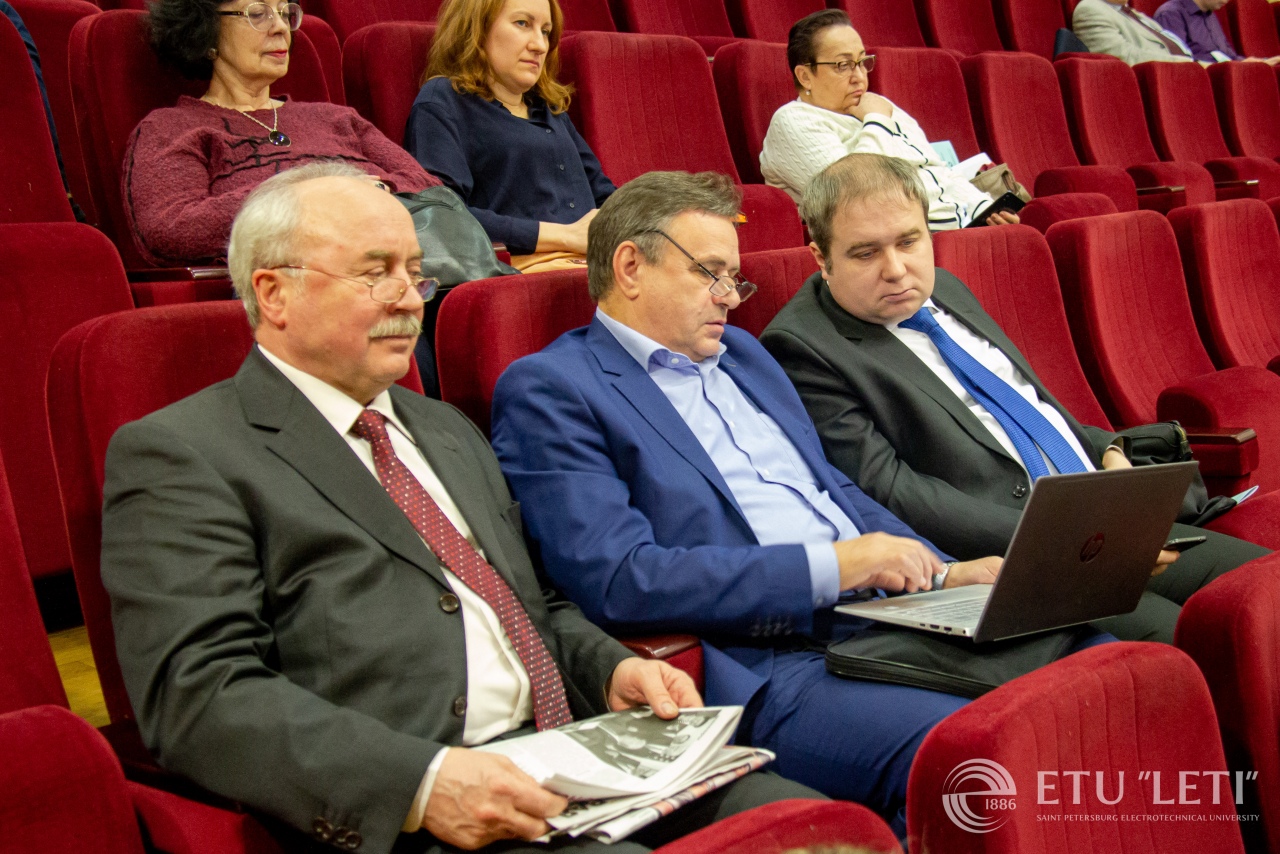 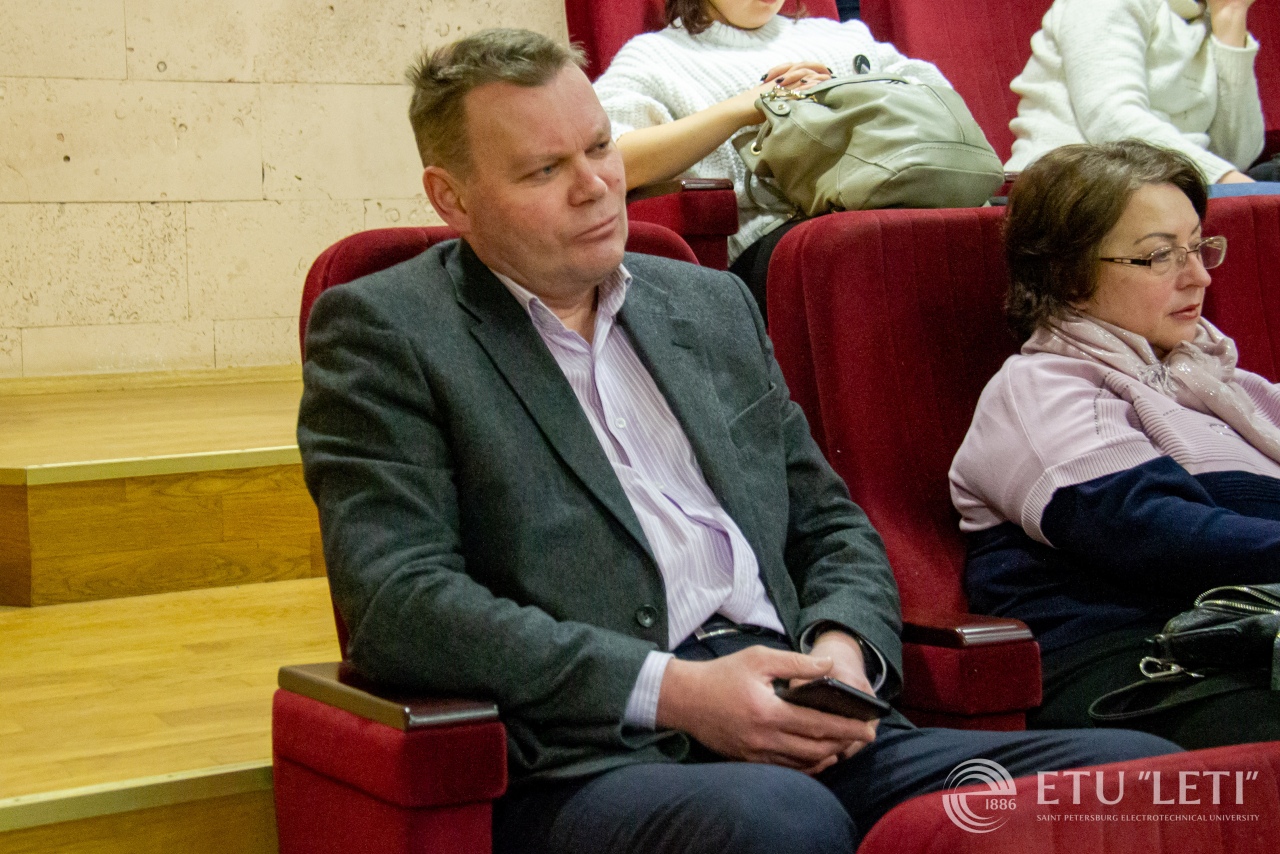 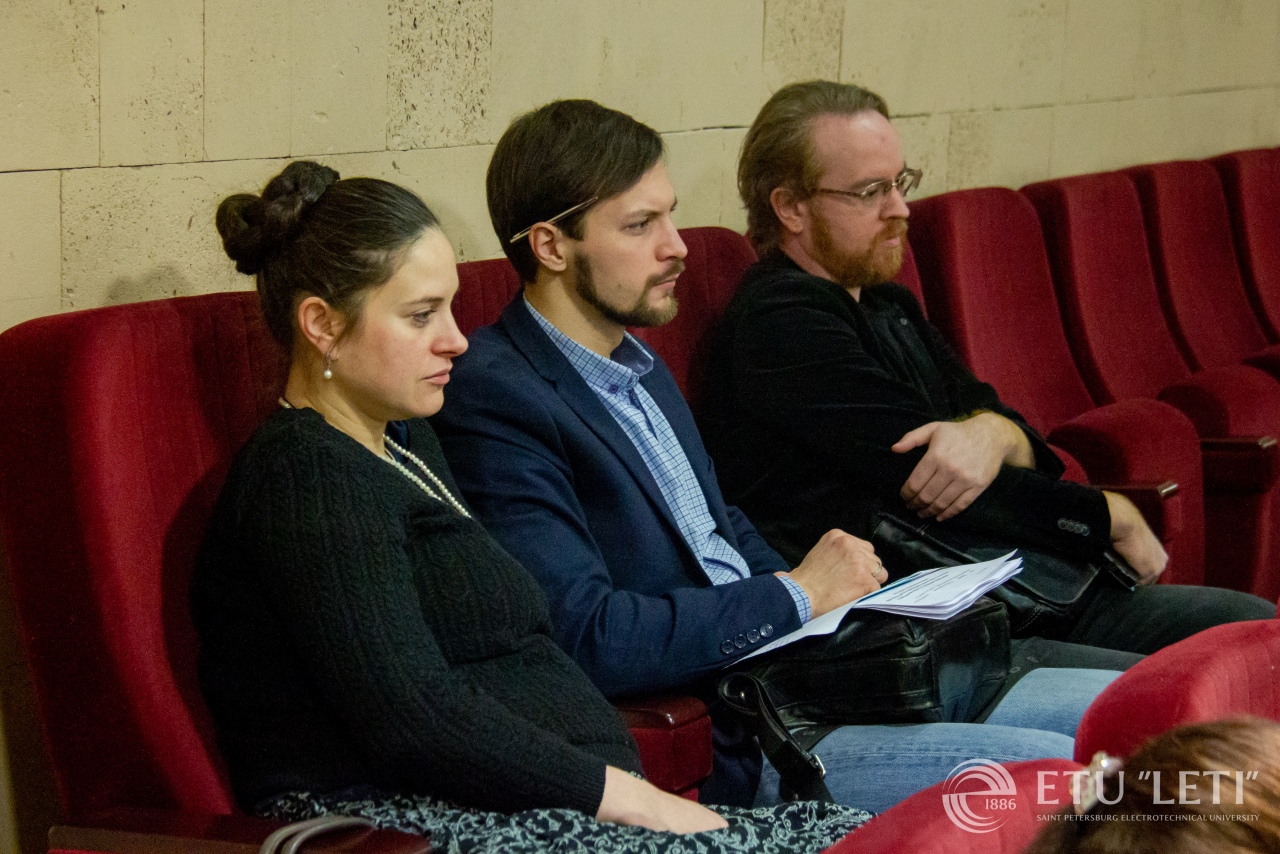 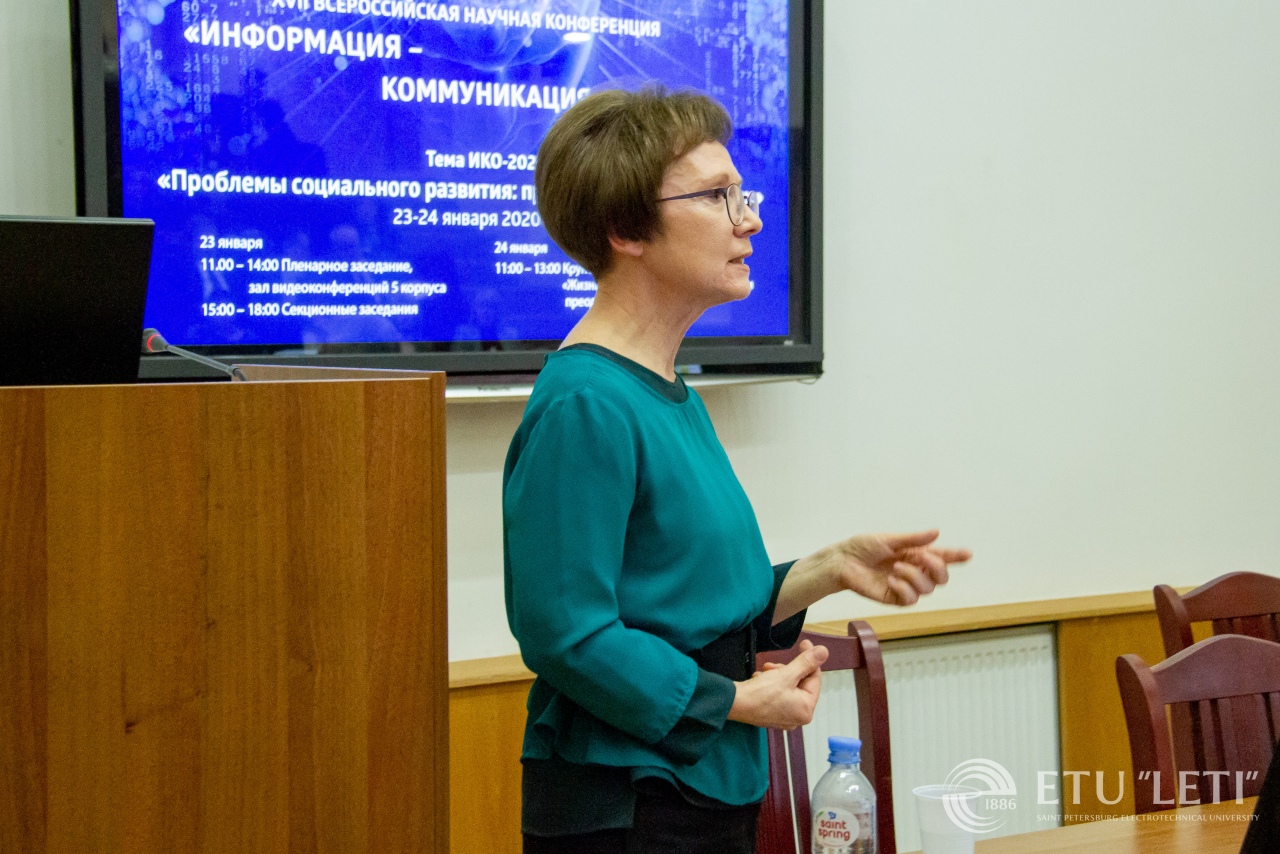 Nadezhda Kazarinova, Associate Professor of the Department of Sociology and Political Science of the ETU "LETI," devoted her presentation to resources and overcoming misunderstanding. She spoke about the experience gained by people with fundamentally dissimilar cultural and social backgrounds, forced to social interaction by circumstances.

Dmitry Menshikov, Associate Professor of the Department of History of State, Culture, and Law of ETU "LETI," highlighted the importance of military modernization in Russia in the 17th century for the country's military revolution. He noted that the military factor played a particularly important role in the history of Russia - the presence of constant threats from the west and south required to maintain the effectiveness of the armed forces at a high level. Dmitry pointed out that military reforms of the XVII century had a huge impact on the economy, social structure and political structure of Russia.

Maria Kudryavtseva, Associate Professor of the Department of Public Relations of ETU "LETI," presented the family narrative as a possible direction of activity for professional communicators. In the texts of family history, the ancestors record values, interests, professional preferences, attitudes to the past, and transmit all the accumulated experience. Through stories of close people, the young generation can understand the history of the family - learn how their ancestors lived, what they loved, and what they did. The process of analyzing family narratives creates continuity of generations and forms a focus on the future. 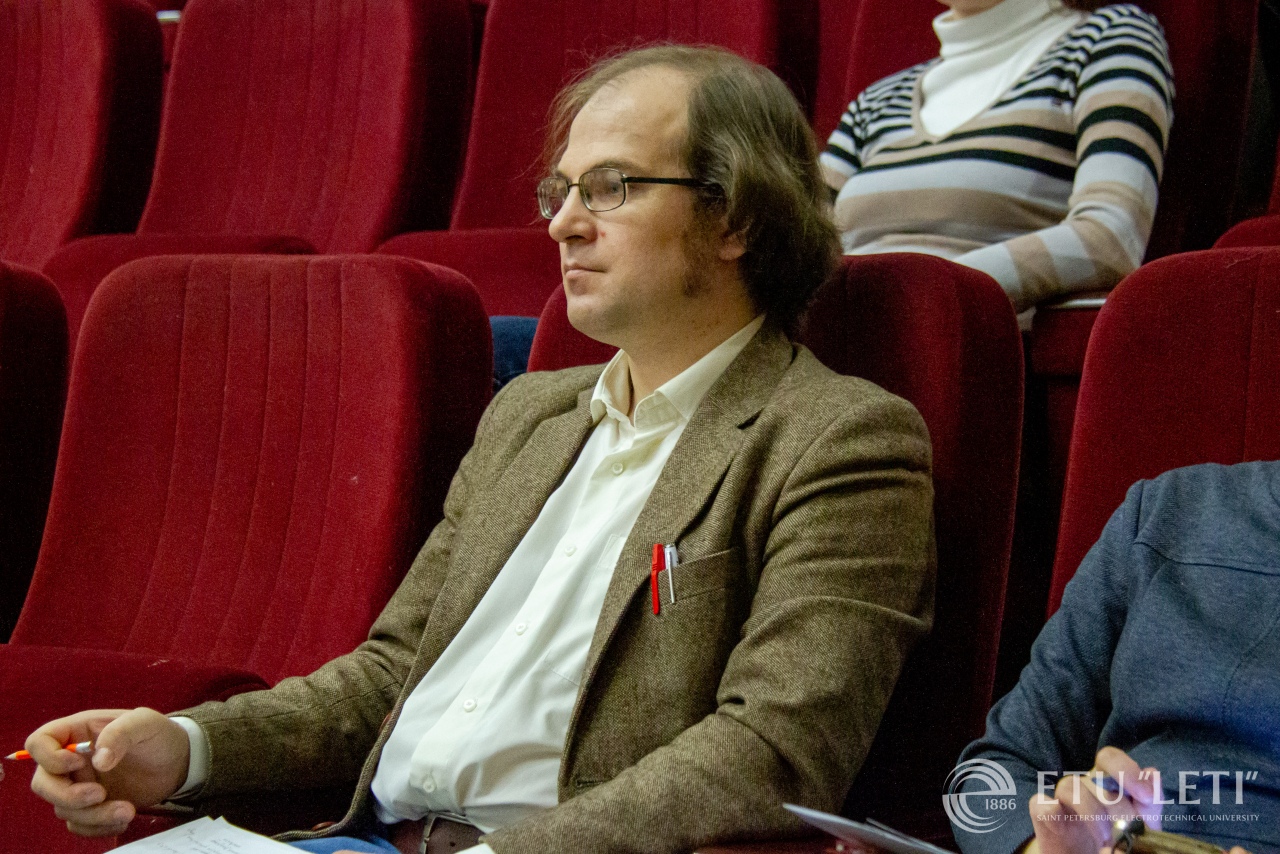 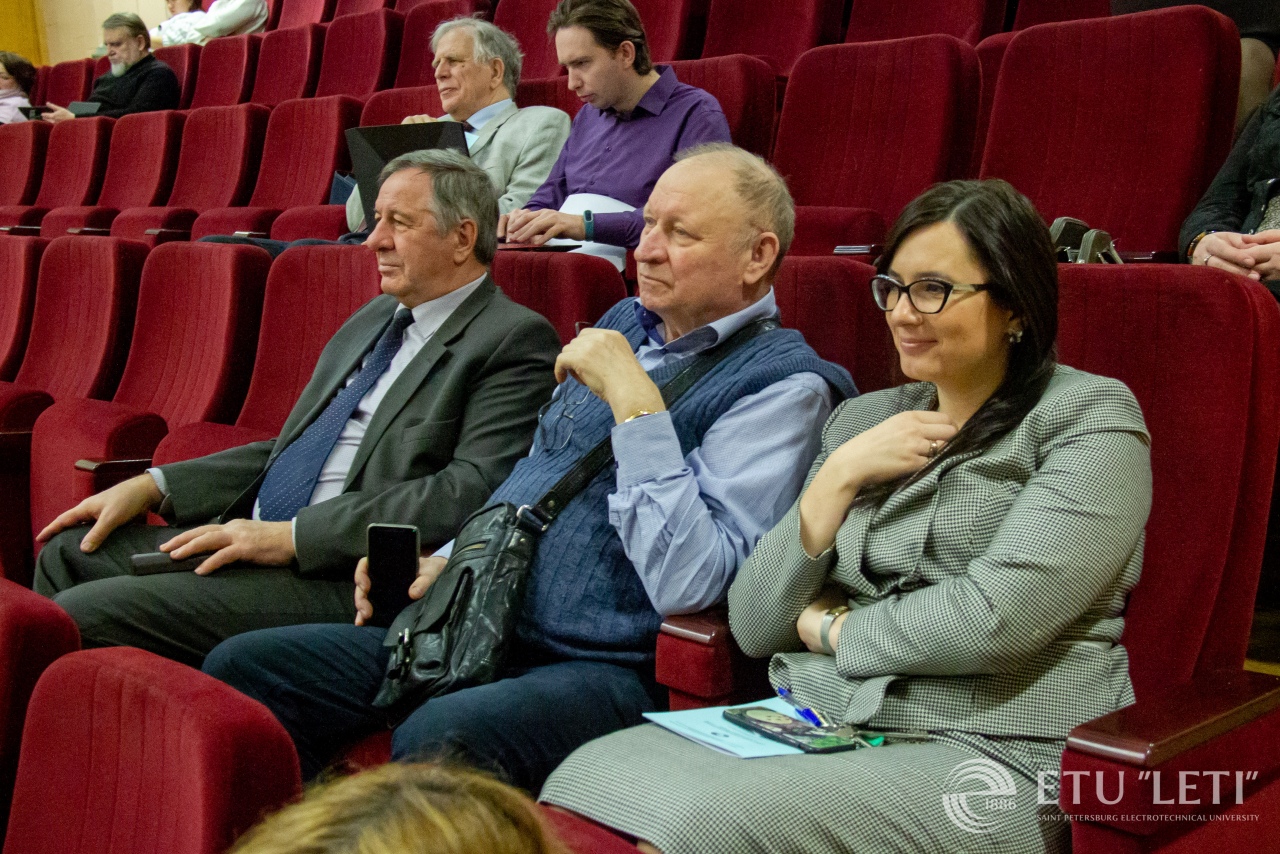 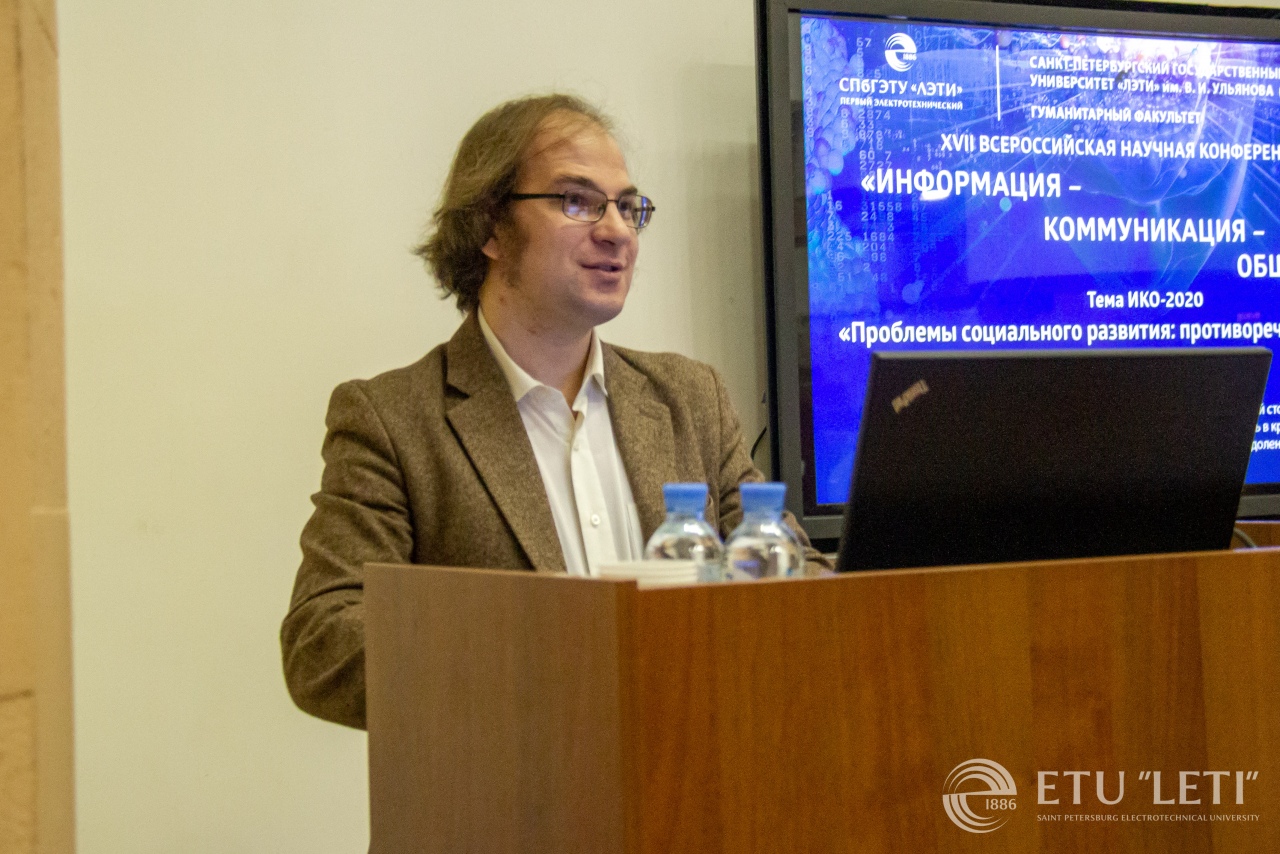 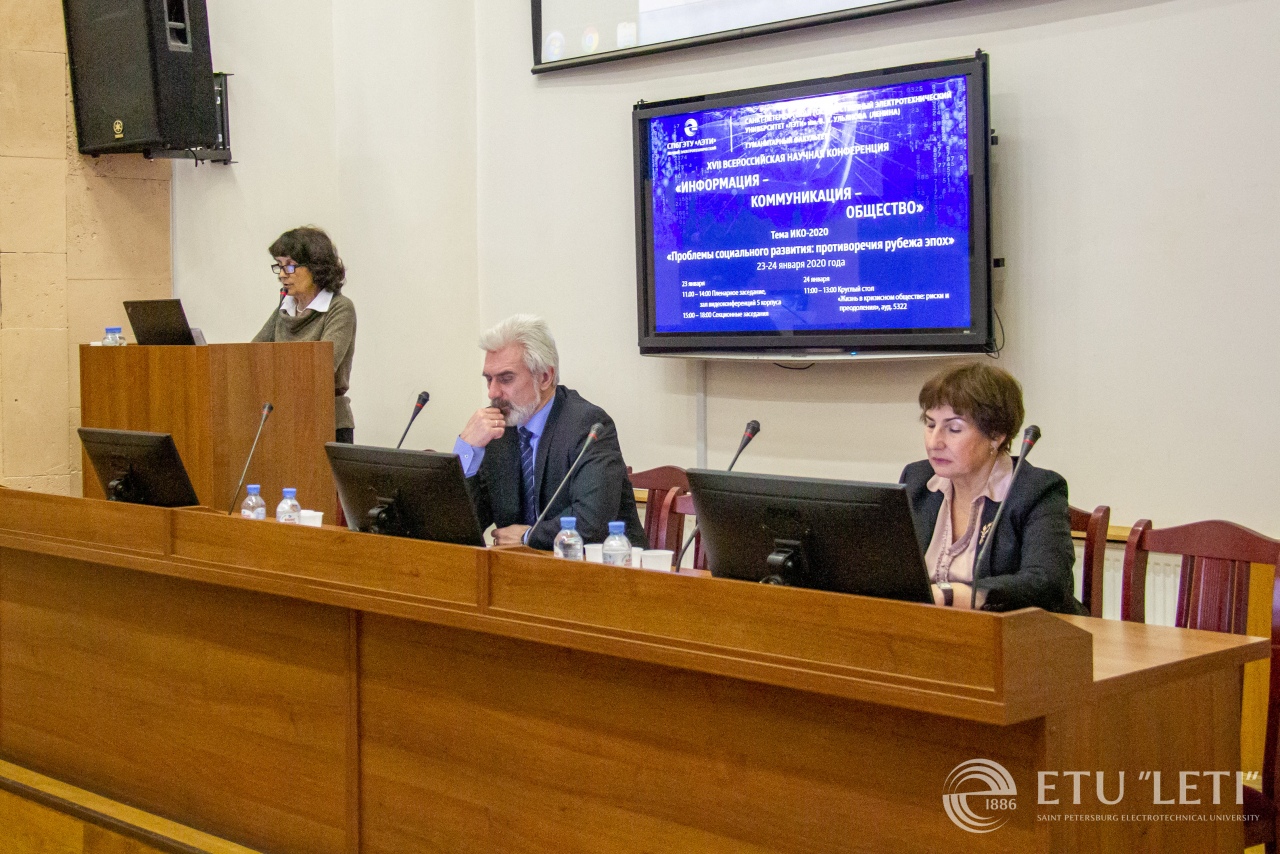 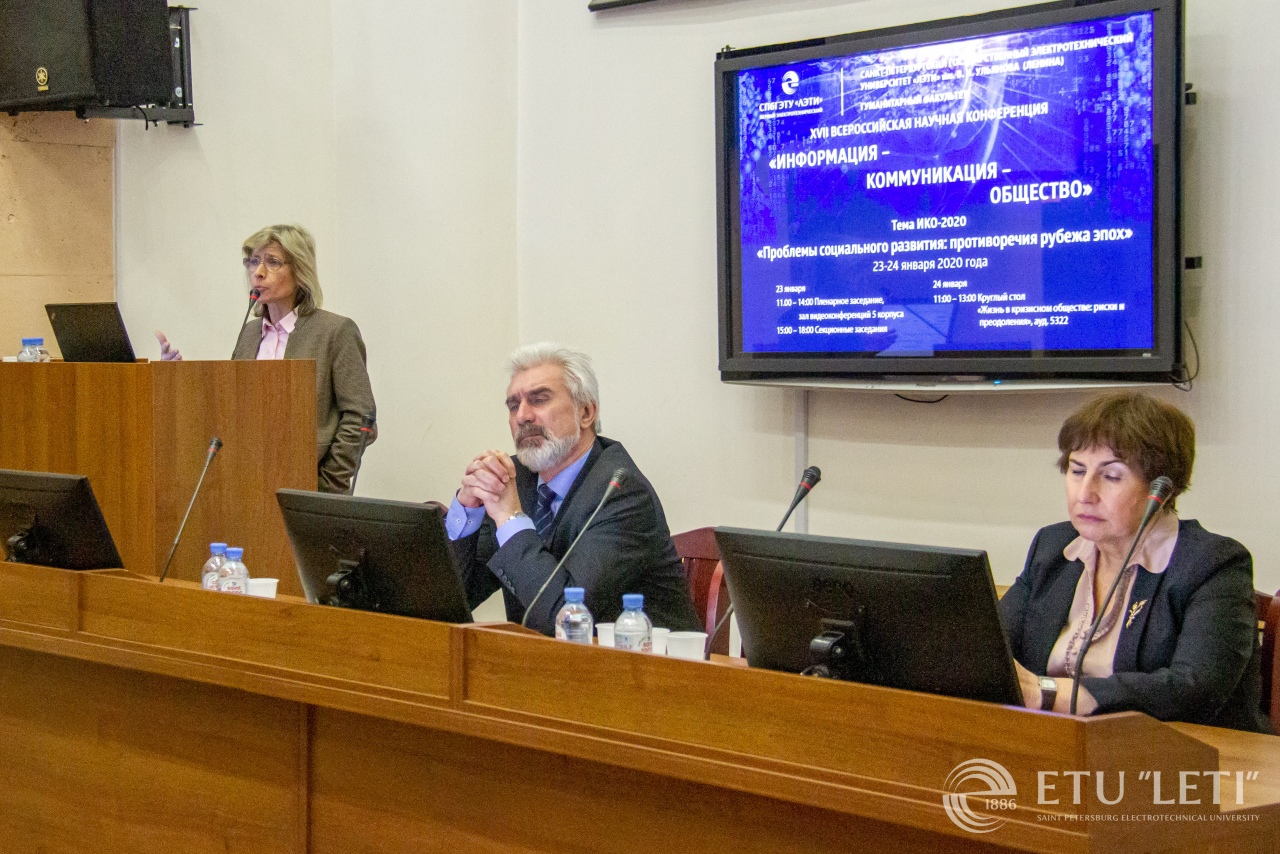 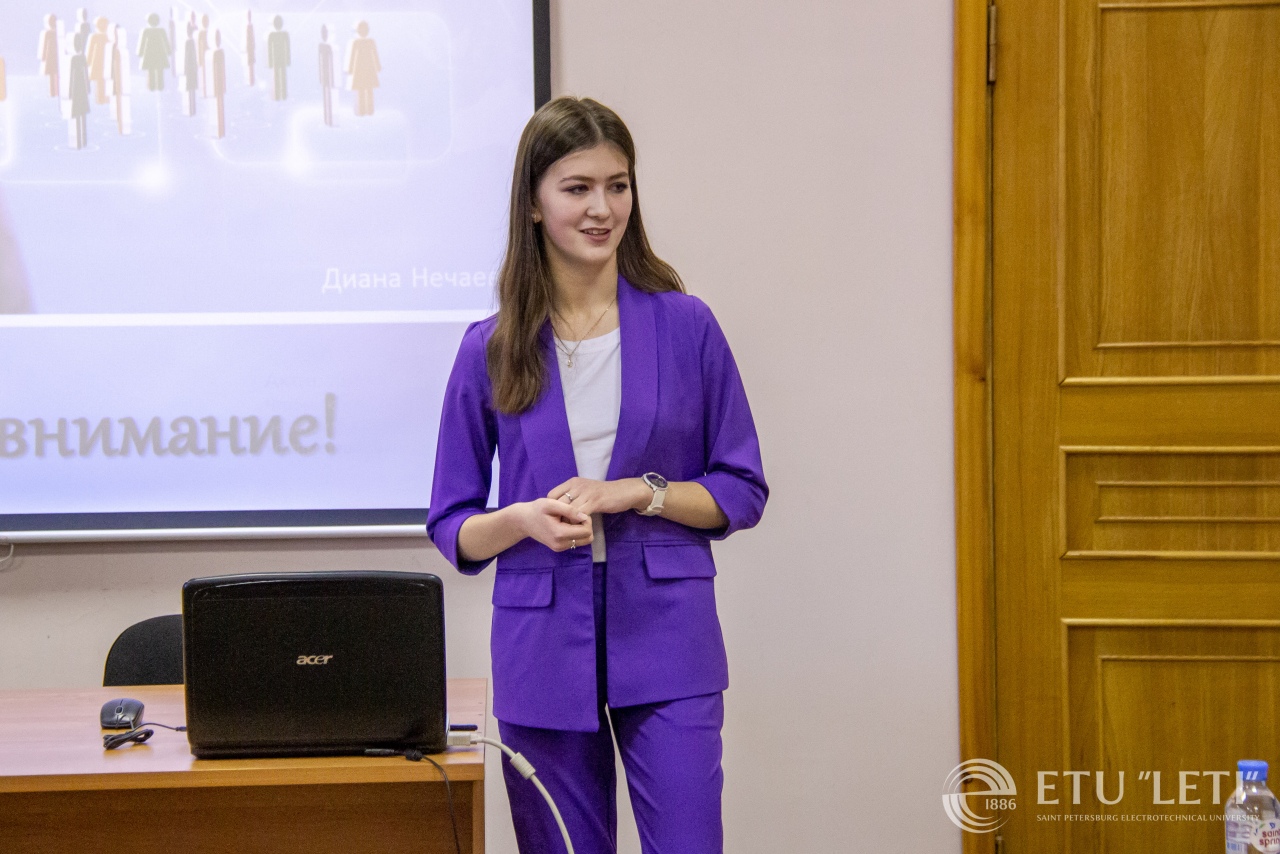 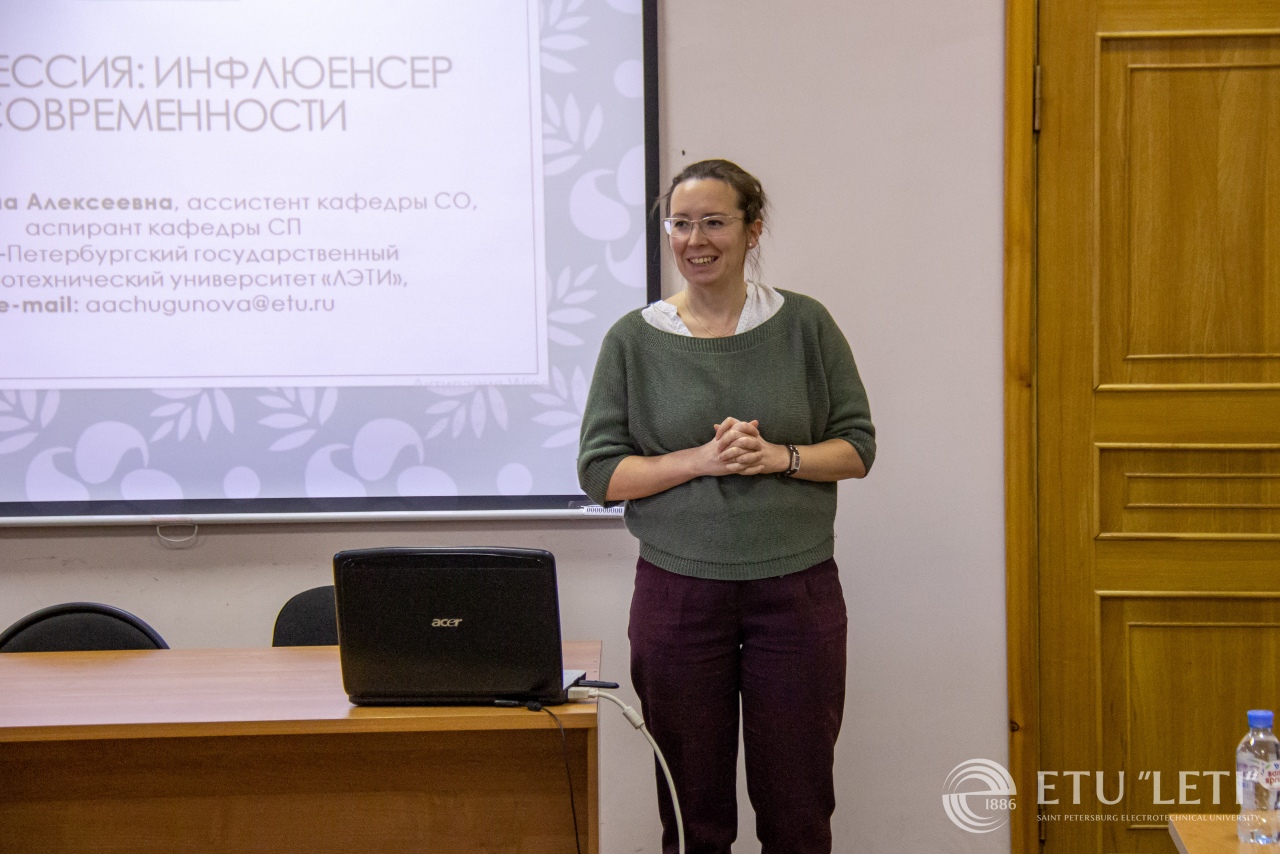 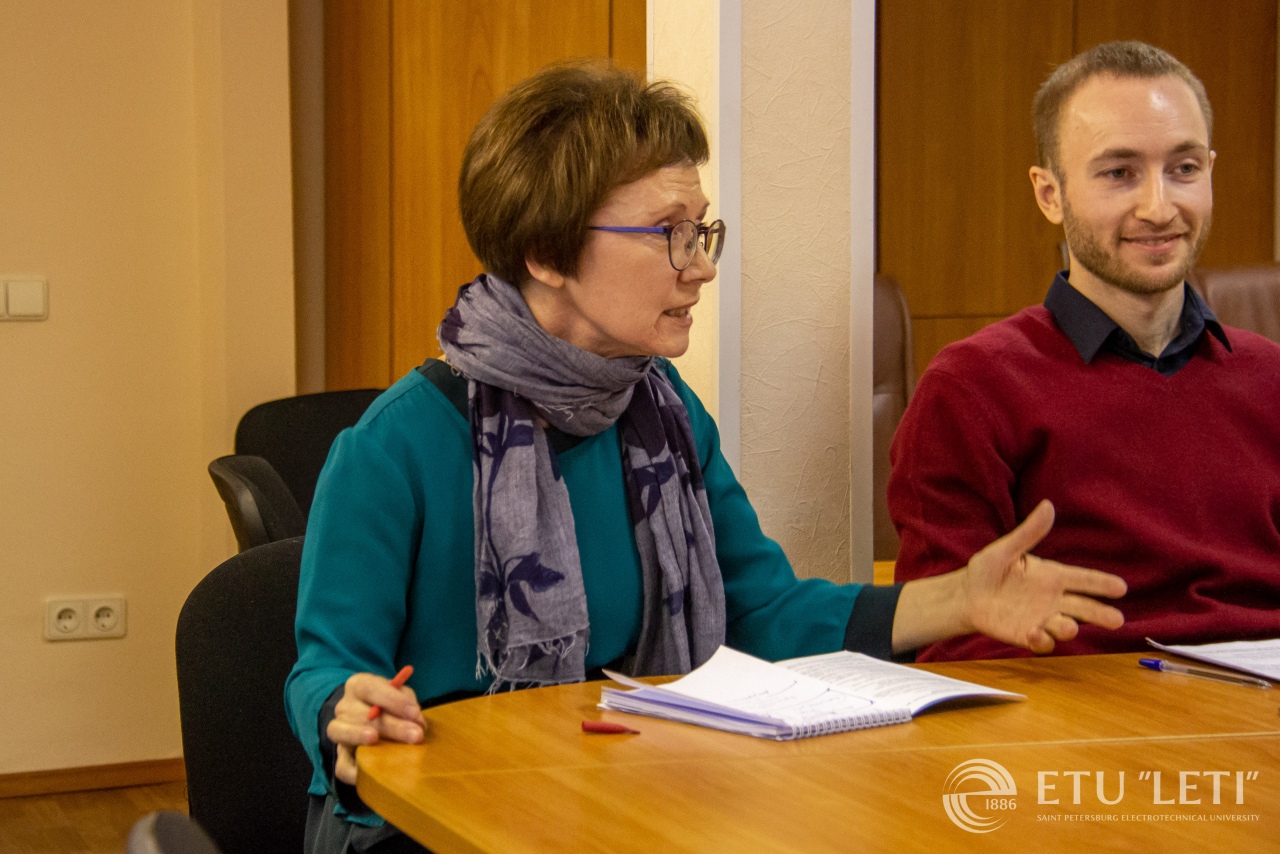 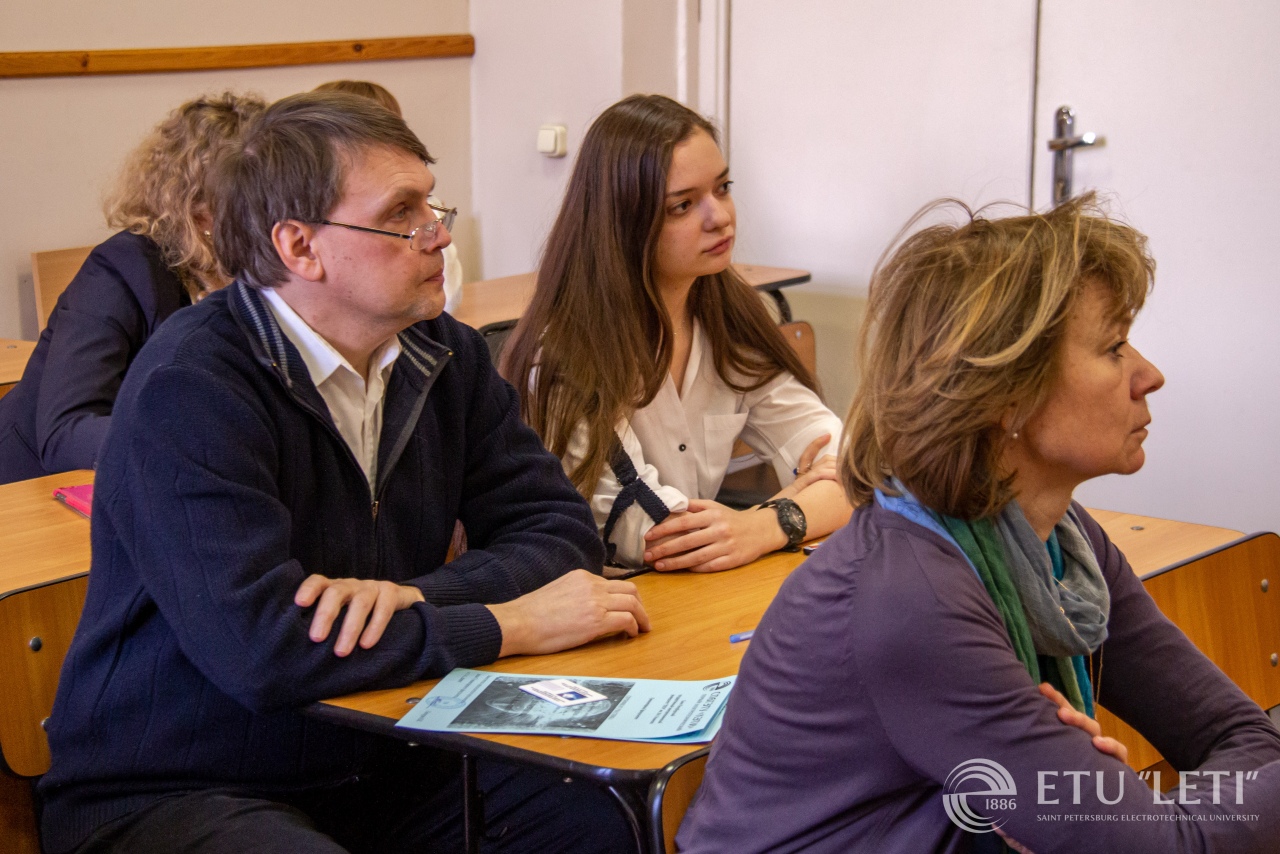 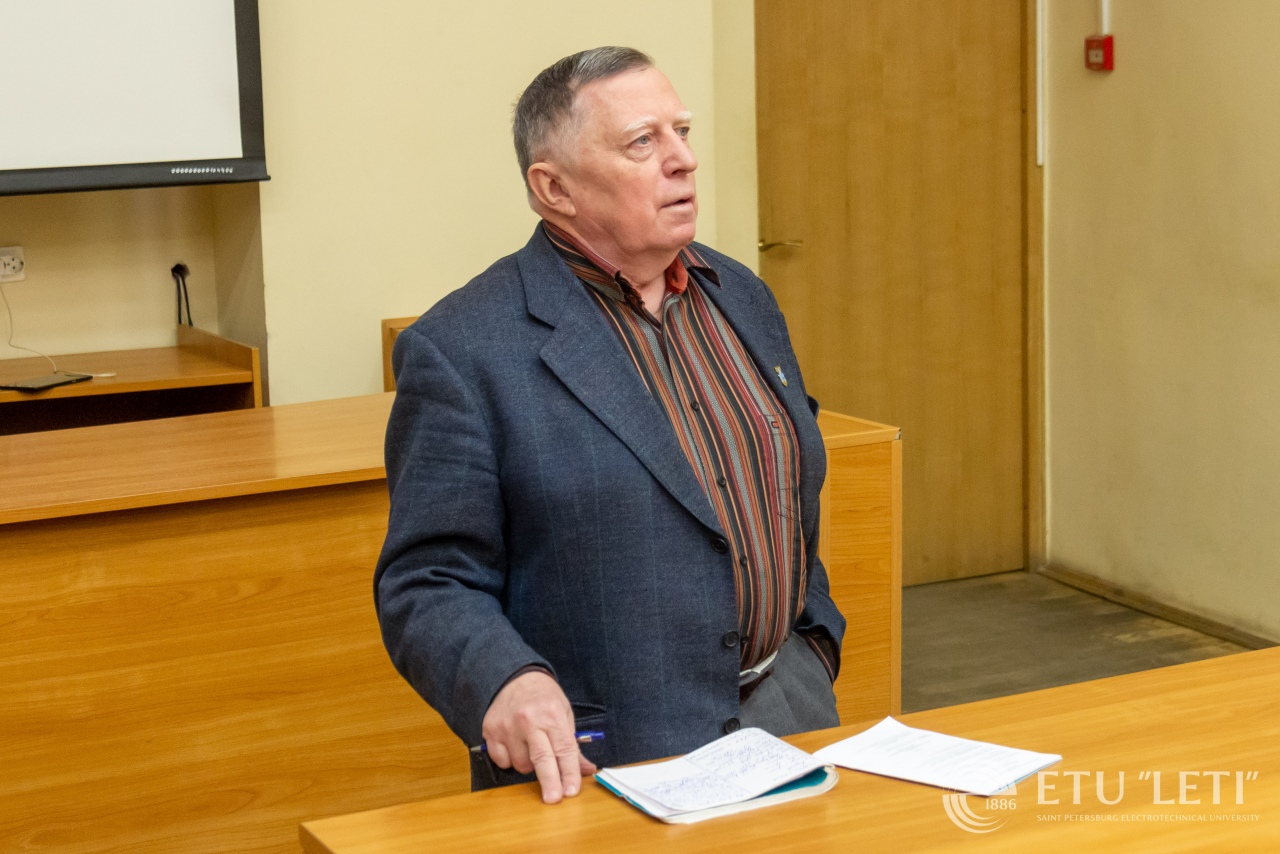 Nina Shcherbak, Associate Professor of the Department of English Philology and Linguoculturology at St. Petersburg State University, spoke about the method of teaching a foreign language through the prism of linguistic and psycholinguistic theories.

The conference continued in the format of breakout sessions in the following thematic areas: "Philosophy in the Horizon of the Future: Doubts, Insights, Anxieties," "Social Change and Its Simulations: The Problem of Development in the Focus of Sociological Knowledge," "Higher Education in Conditions of Constant Change: Achievements and Threats," "Russia and the World in the Era of Revolution and Reforms," "Development of Languages and Cultures: Concordances and Contradictions," and "Communication Professions: Present, Past, Future." In total, more than 60 presentations were made.

The conference included a round table on "Living in a Crisis Society: Risks and Overcoming." It discussed topical issues of the concept of "social crisis," its types and forms of manifestation, causes, consequences, and ways of overcoming it socially and personally.