University / News / LETI students at the conference in Israel

LETi students will take part at the conference in Israel

Students of Faculty of Electronics Nikita Babinov and Vyacheslav Dyumin will participate in the International Conference World Science Conference Israel in 2015, which will be held from 15 to 21 August in Jerusalem (Israel). 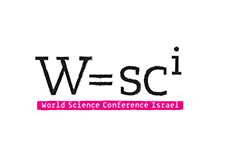 During the event leading scientists, including 15 Nobel Prize winners, read reports on physics, chemistry, physiology and medicine. The program includes plenary and sectional sessions, social activities aimed at establishing links between scientists from different countries, as well as competition of scientific projects in which participants will work in international groups.

"I started my scientific career under the guidance of associate professor of Department of Electron Devices and Systems Vladimir T. Barchenko. The sphere of my scientific interests is plasma devices and technologies that are used to create high-quality tool, microelectronics, photonics and optics. For two years of work I have participated in several conferences, including four international ones, produced six scientific articles published in peer-reviewed scientific journals, including Scopus, and I am co-author of monographs published in LETI, and also received two patents, "- says 4th year student of Faculty of Electronics Nikita Babinov .

2nd-year student of Faculty of Electronics Vyacheslav Dyumin plans to work in ETU Scientific Educational Center of Microelectronics and diagnostics and to conduct research in such areas of science as ionizing radiation, electrical engineering and nanotechnology. He is the winner of competition for nuclear science, mathematics, physics and the history of world culture. For more than 9 years he is engaged in taekwondo and hand-to-hand fighting and he enjoys biking, hiking and climbing, and he is member of LETI building group "Monolith".

The organizers of the World Science Conference Israel 2015 are Hebrew University of Jerusalem, Israel's Foreign Ministry and the Ministry for Science and Education of Israel.

We recall that in February 2015 reference visit of Consul General of Israel in St. Petersburg Michael Lotem to Saint-Petersburg State Electrotechnical University "LETI" was held. The parties agreed to collaborate on organization of educational and research activities in IT, biotechnology and solar energy.