Lecture Course on Chaos-Based Encryption by a Lecturer from Greece 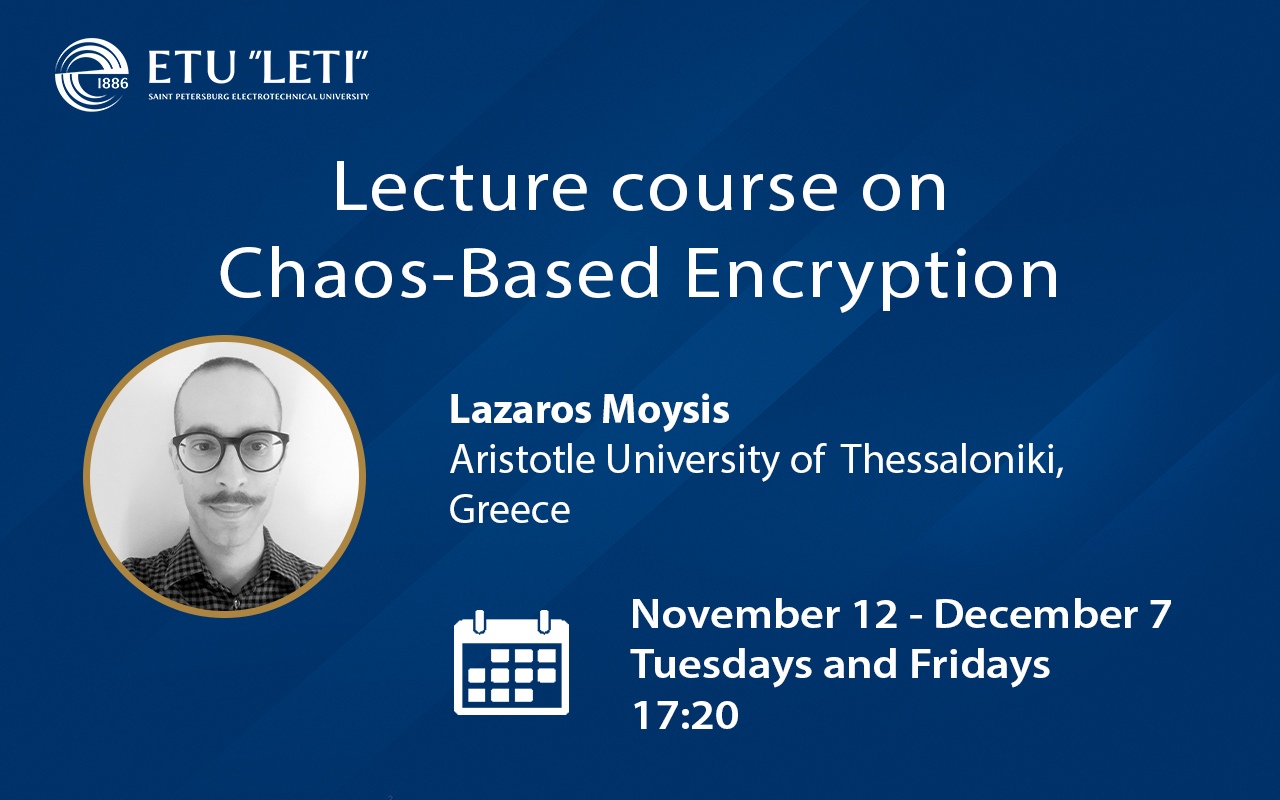 In eight lectures, Lazaros Moysis of the Aristotle University of Thessaloniki will talk about chaotic systems and applications of chaos in encryption and information security.

Chaos is a term that refers to dynamical systems that showcase extreme sensitivity to initial conditions and long-term aperiodic behavior. These phenomena that characterize chaotic systems emerge in a plethora of disciplines, from physics to engineering, biology, economics, and more.

Apart from being used as a modeling tool, chaos has been used as a mechanism in numerous applications relating to encryption and security as a fast source of randomness and unpredictability. Dr. Lazaros Moysis from Aristotle University of Thessaloniki (Greece) will present a collection of such applications and techniques. The lecturer will give some general information on chaotic systems, their behavior, and the tools used for their analysis. Later, he will present and explain simplified examples of applications.

Lectures will be held from November 12 through December 7 on Tuesdays and Fridays at 17:20. This course is aimed at students of ETU "LETI" engineering faculties interested in secure communication systems based on chaos theory.

Registered participants will receive a link to a Zoom conference on the days of the lectures to the specified email address.