University / "It Was a Year of Opportunities, and There Will Be More of Them": International Students of LETI Celebrated the New Year

"It Was a Year of Opportunities, and There Will Be More of Them": International Students of LETI Celebrated the New Year 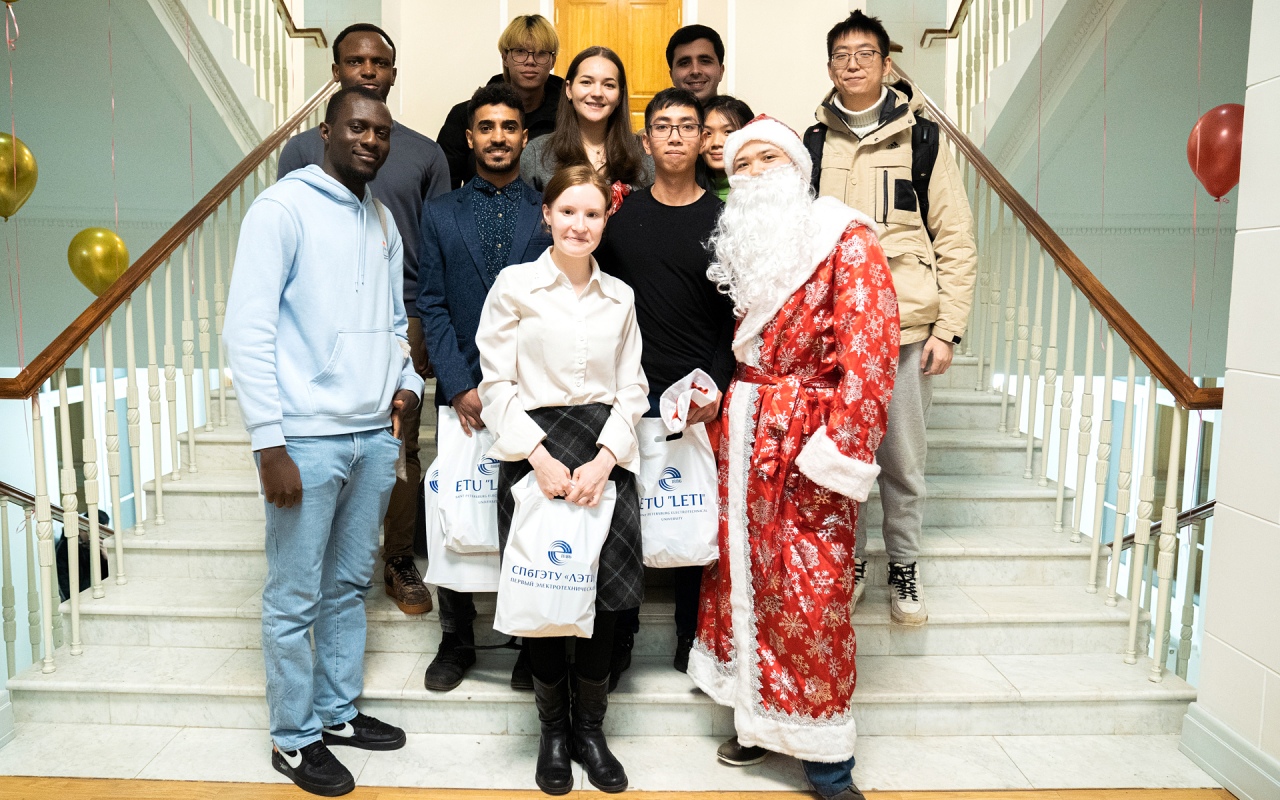 On New Year's Eve, the international students of LETI took part in team games and wrapped up the 2022.

On December 21, more than 90 international students from 15 countries celebrated the coming New Year at LETI. At the ceremony, the most active and talented students from abroad were awarded, and at the end, the participants played games and tried traditional Russian New Year dishes.

Renat Yalyshev, Head of the International Students Office at LETI, opened the ceremony. He awarded the students with grants for great results in research and studies, as well as participation in activities to promote the university in the international educational market and in career guidance.

"This is the first year in which we have had the opportunity to award grants not only for achievements in science and studies but also for participation in promoting LETI abroad. We hope this practice will continue in the new year 2023 and beyond. The portfolios are getting better every year, and I hope that in a few years, a whole team of outstanding researchers will enter this stage. By creating such opportunities for you, we also strengthen the position of our university. It was a year of opportunities, and there will be more of them."

The system of grant support for students' research was launched at LETI in 2019 for students of the university's English-taught programs. It is aimed at attracting the most talented and promising applicants to the university. In 2022, 15 bachelor's, master's, and Ph.D. degree students from Nigeria, Greece, Yemen, Vietnam, Syria, Argentina, China, and Malaysia won the portfolio competition.

30 students from China were awarded certificates for completing the school in the Russian language. They came to St. Petersburg as beginners and had the opportunity to learn the basics of speaking.

In a festive atmosphere, students received commendations for their participation in organizing the Fifteenth Annual Interuniversity Forum "Palette of Languages and Cultures," which returned to the full-time format after a two-year break. International students prepared dishes, dressed up in the costumes of their nations for the traditional exhibition, and performed on the stage at a cross-cultural concert. 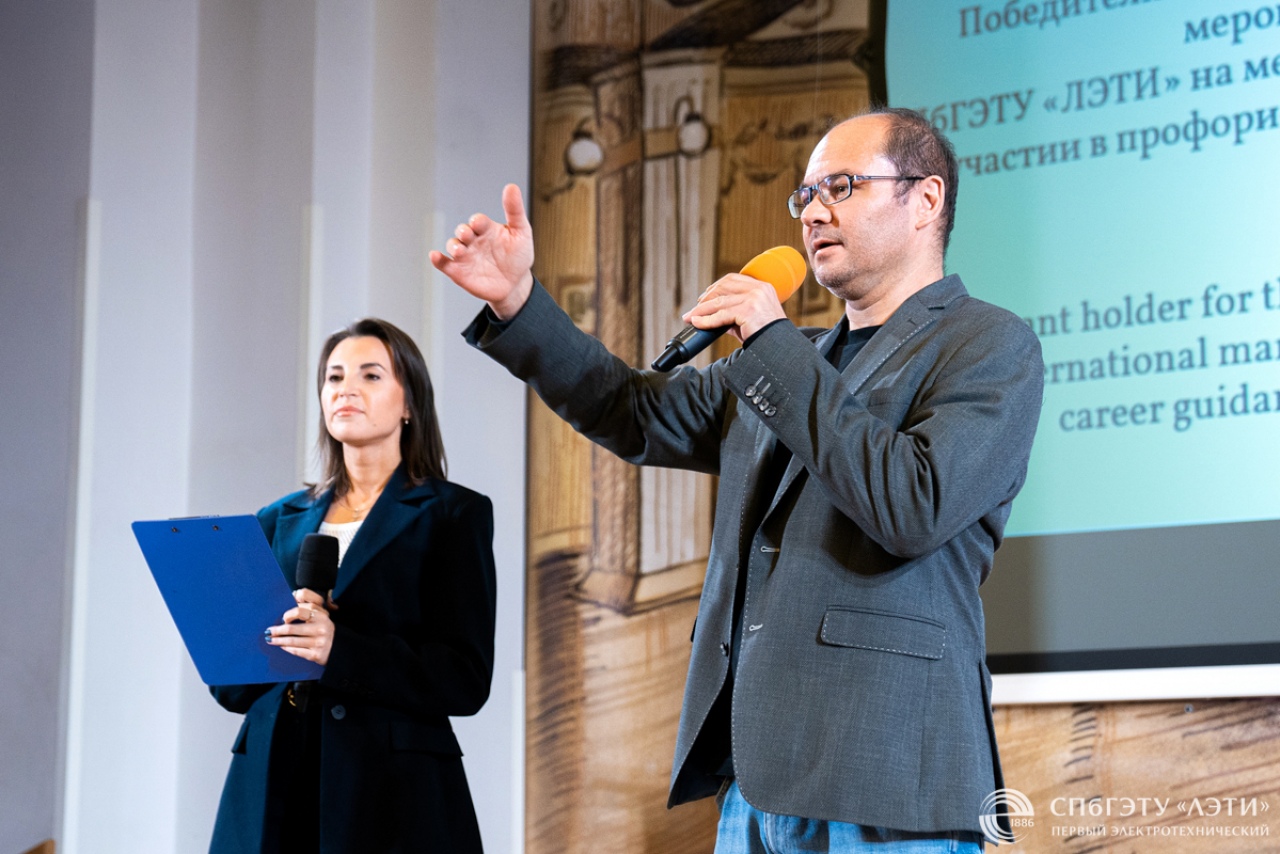 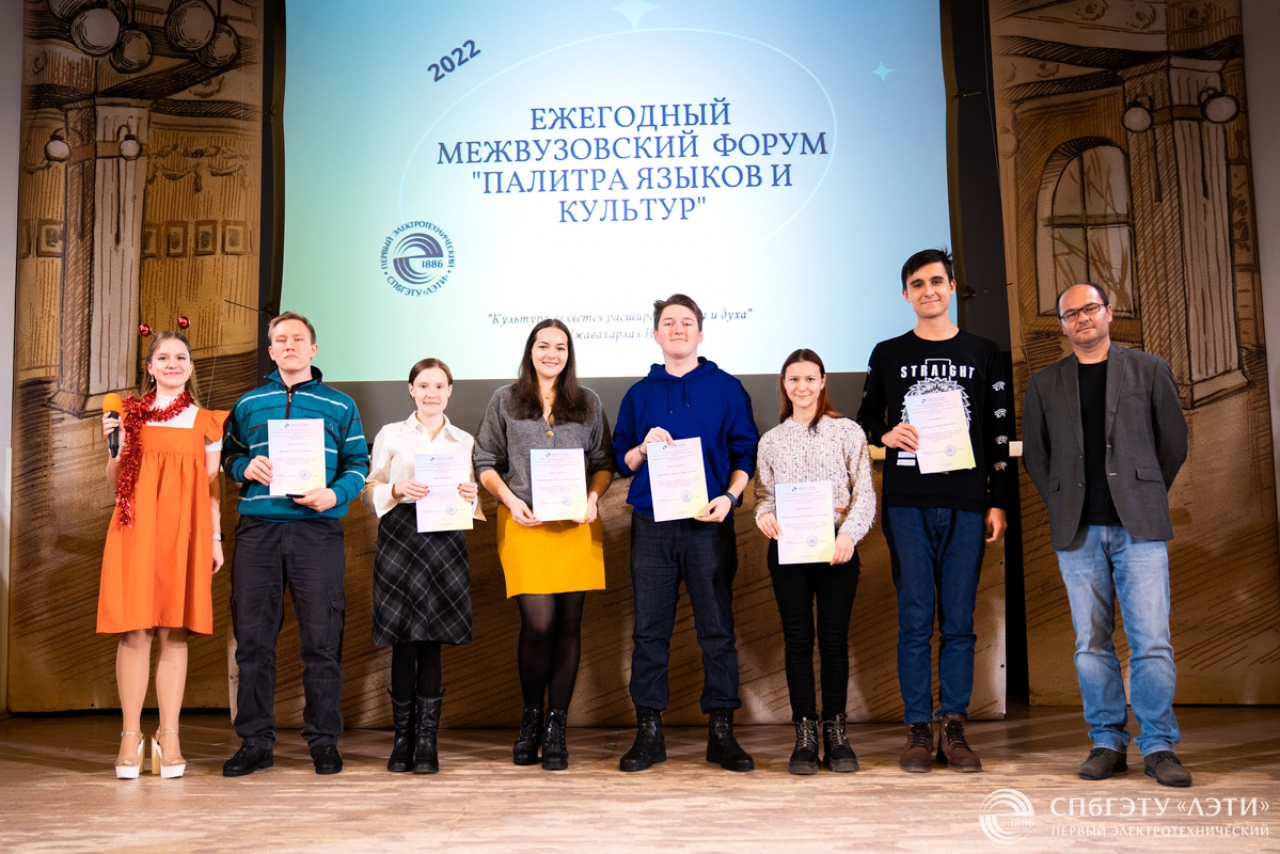 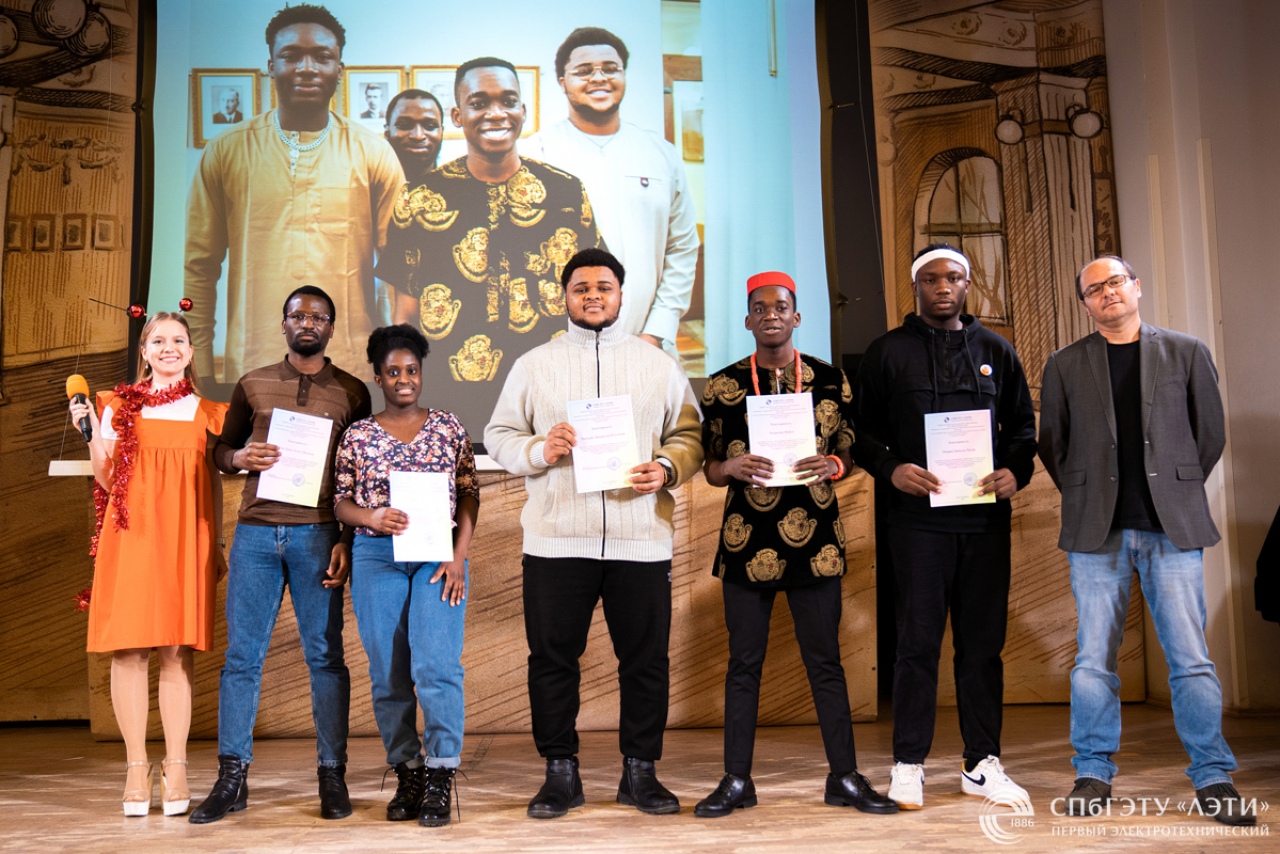 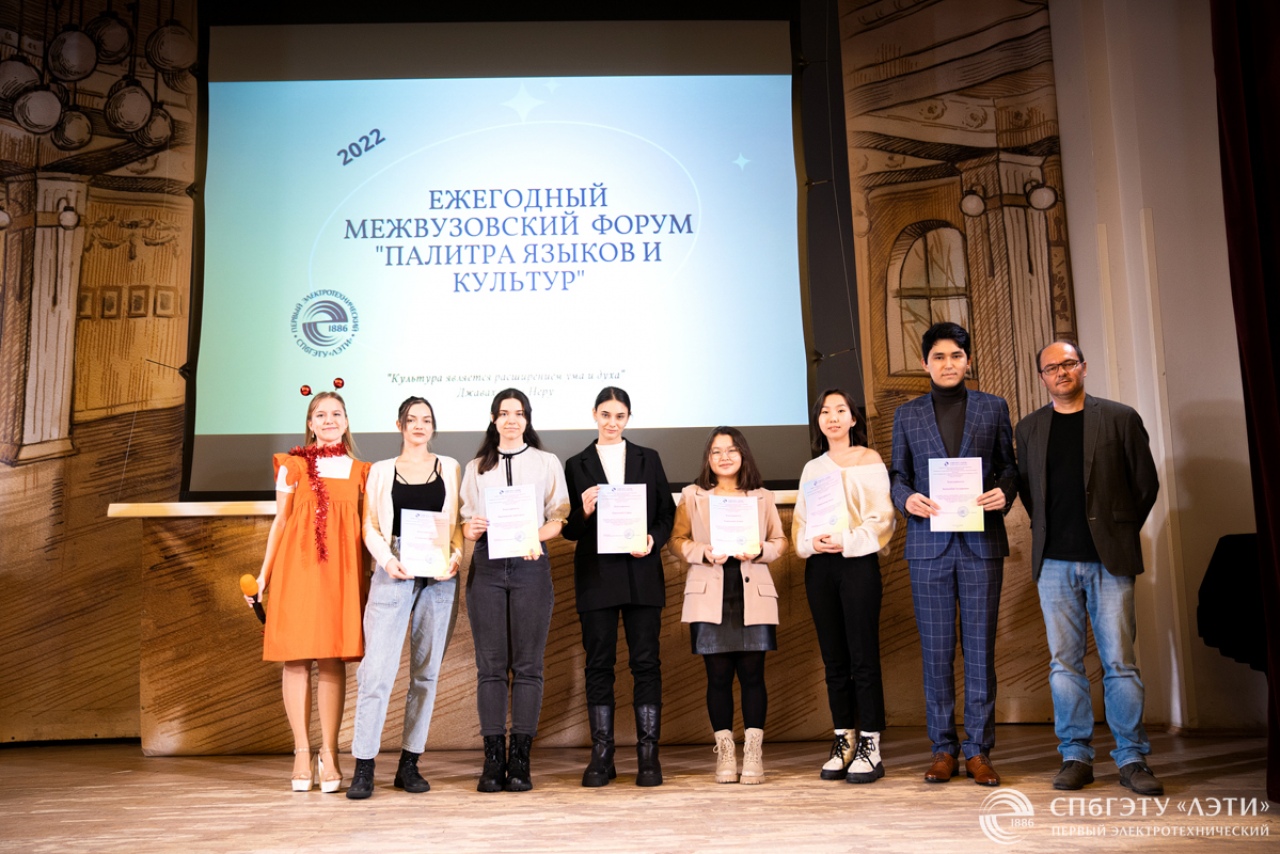 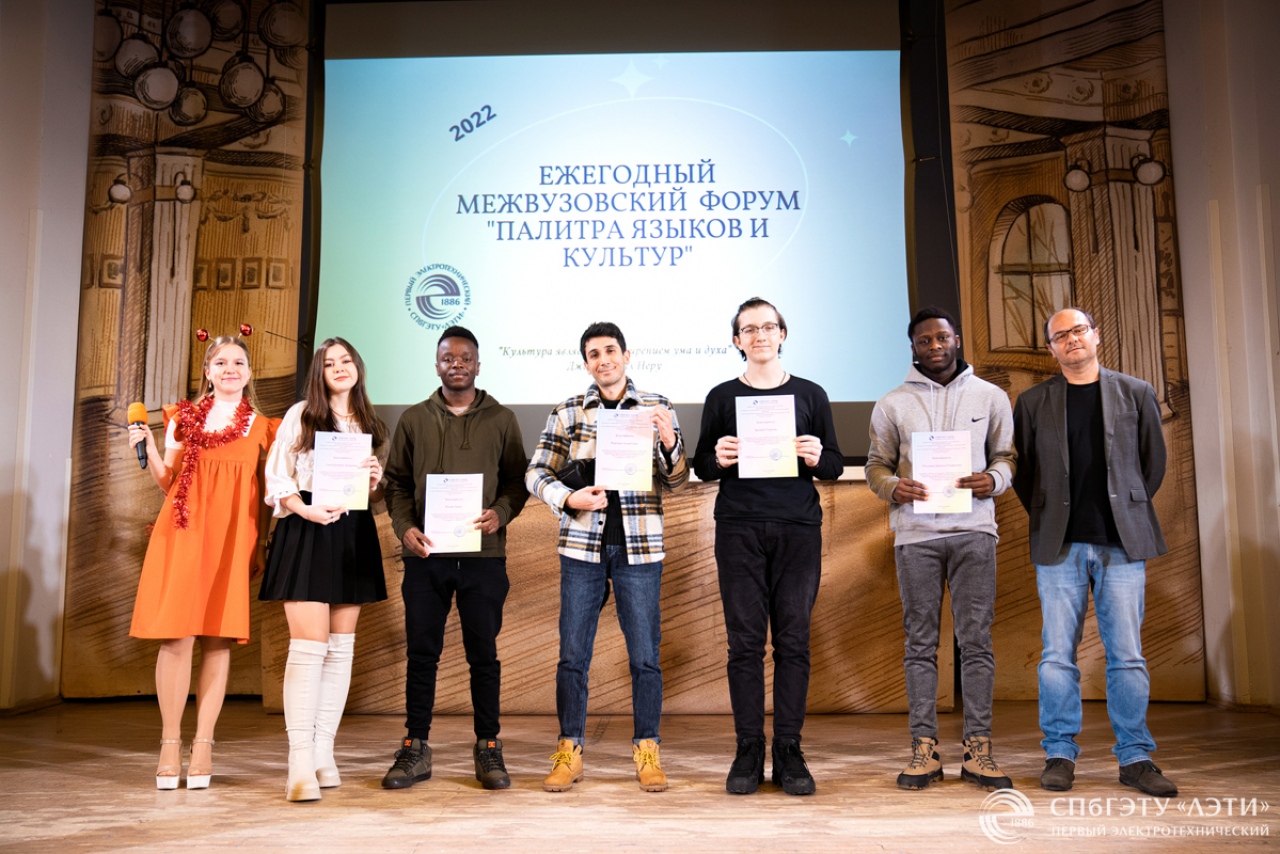 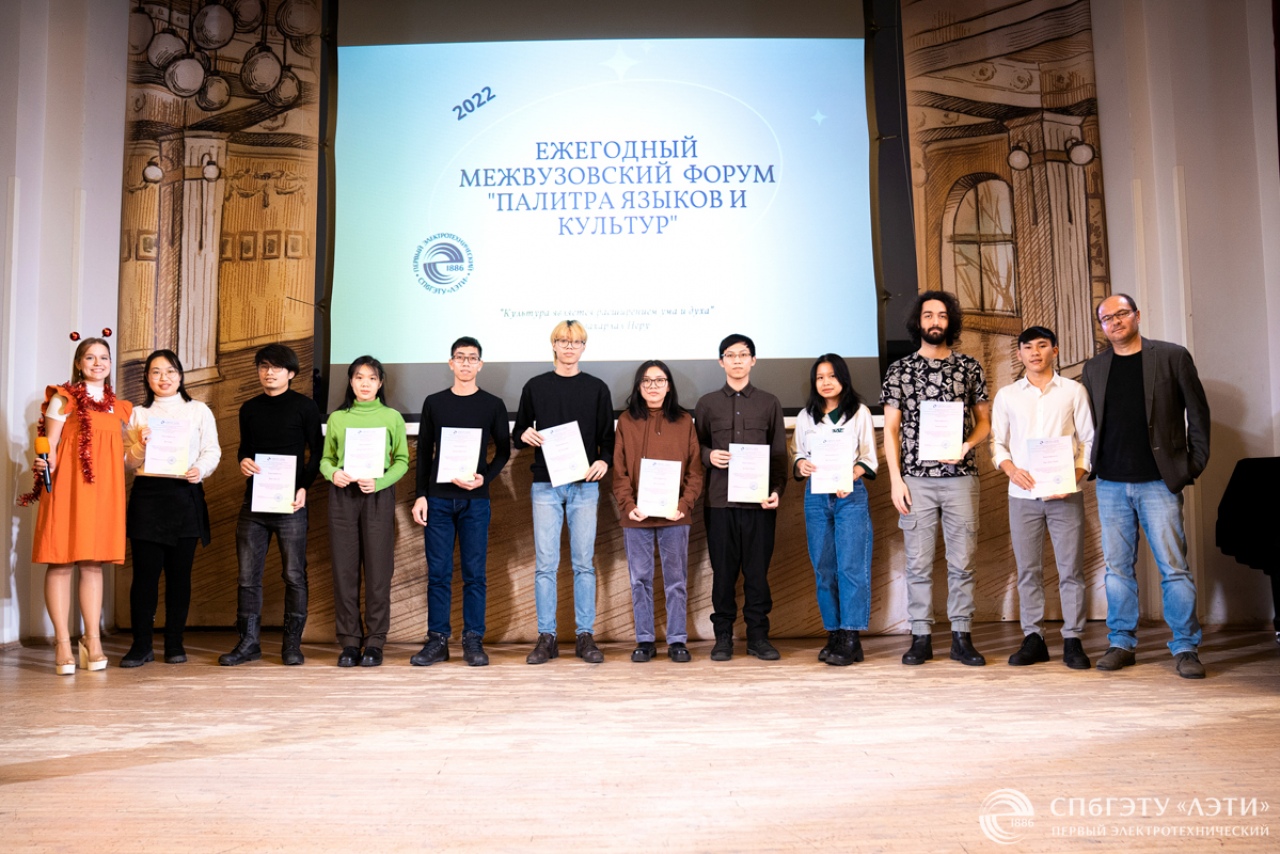 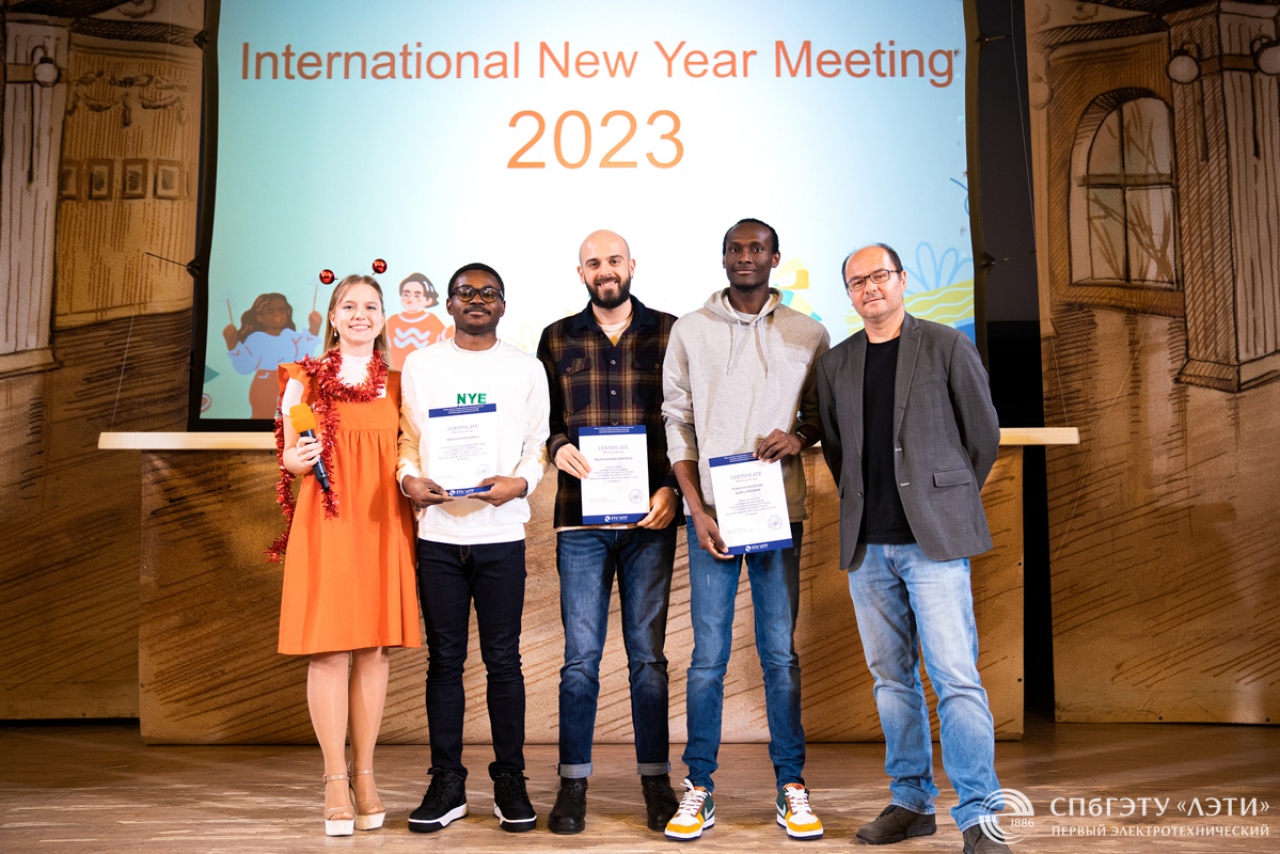 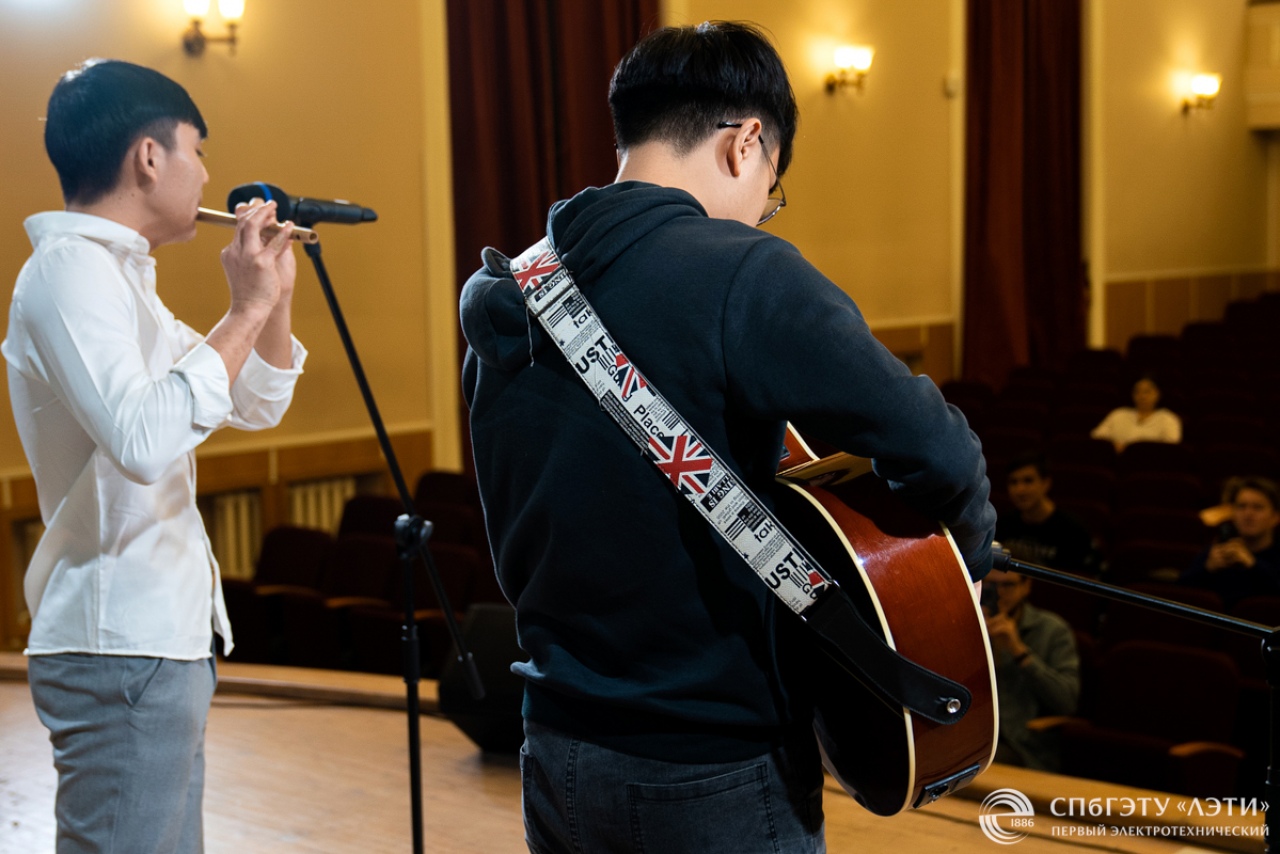 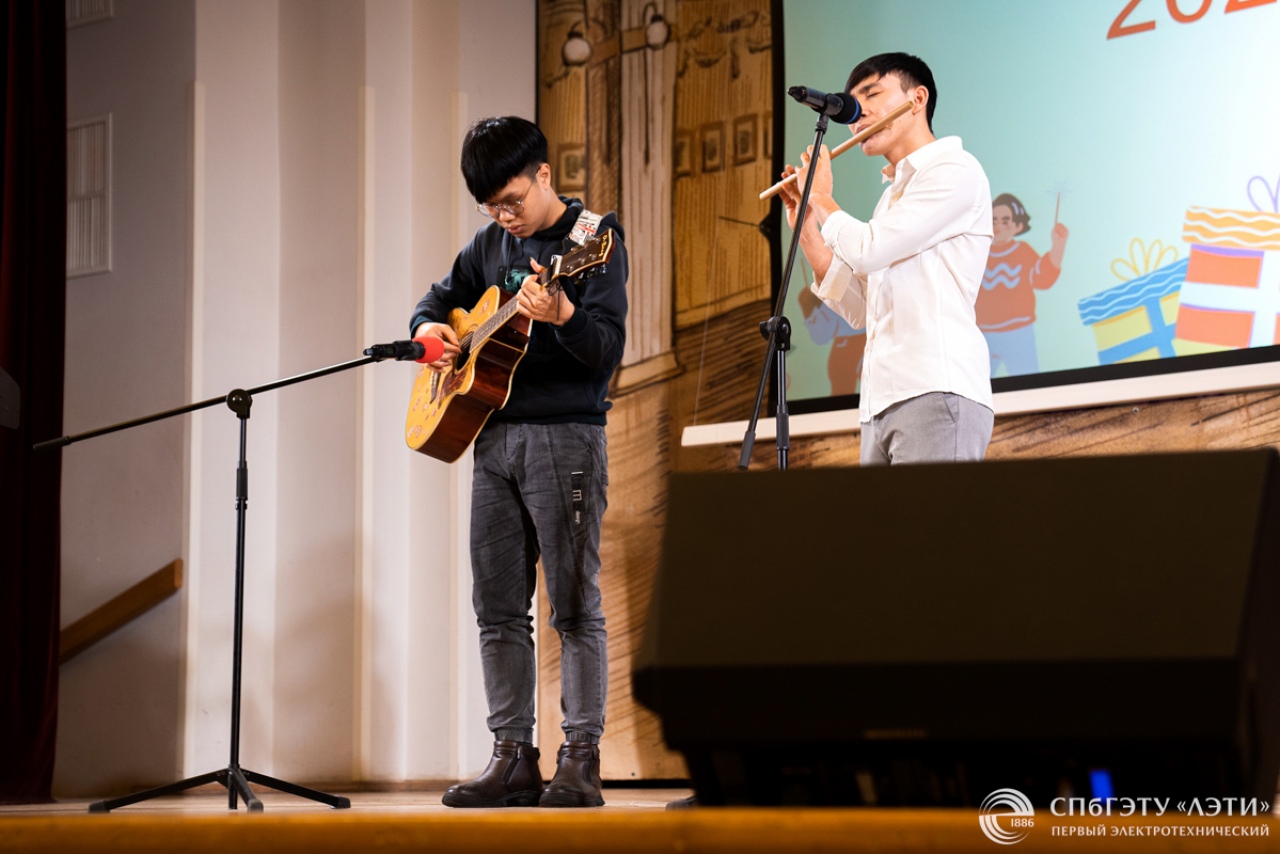 One of the main events of the past year at LETI was the launch of the African Engineers Training program supported by the Russian Ministry of Science and Higher Education. 180 schoolchildren from African schools became participants in preparatory online courses in mathematics, computer science, and physics. Four international students of LETI were among the teachers and were also awarded during the ceremony.

The students who helped organize another highlight of the year 2022, the LETI Interdisciplinary Week, also received commendations. The event allowed the university's students and young researchers to develop soft skills and get tools for creativity in innovative areas. It included a panel discussion and a three-day intensive in Science Art, the International Startup School, and a reunion and quests for international students to submerge in the science and history of LETI. 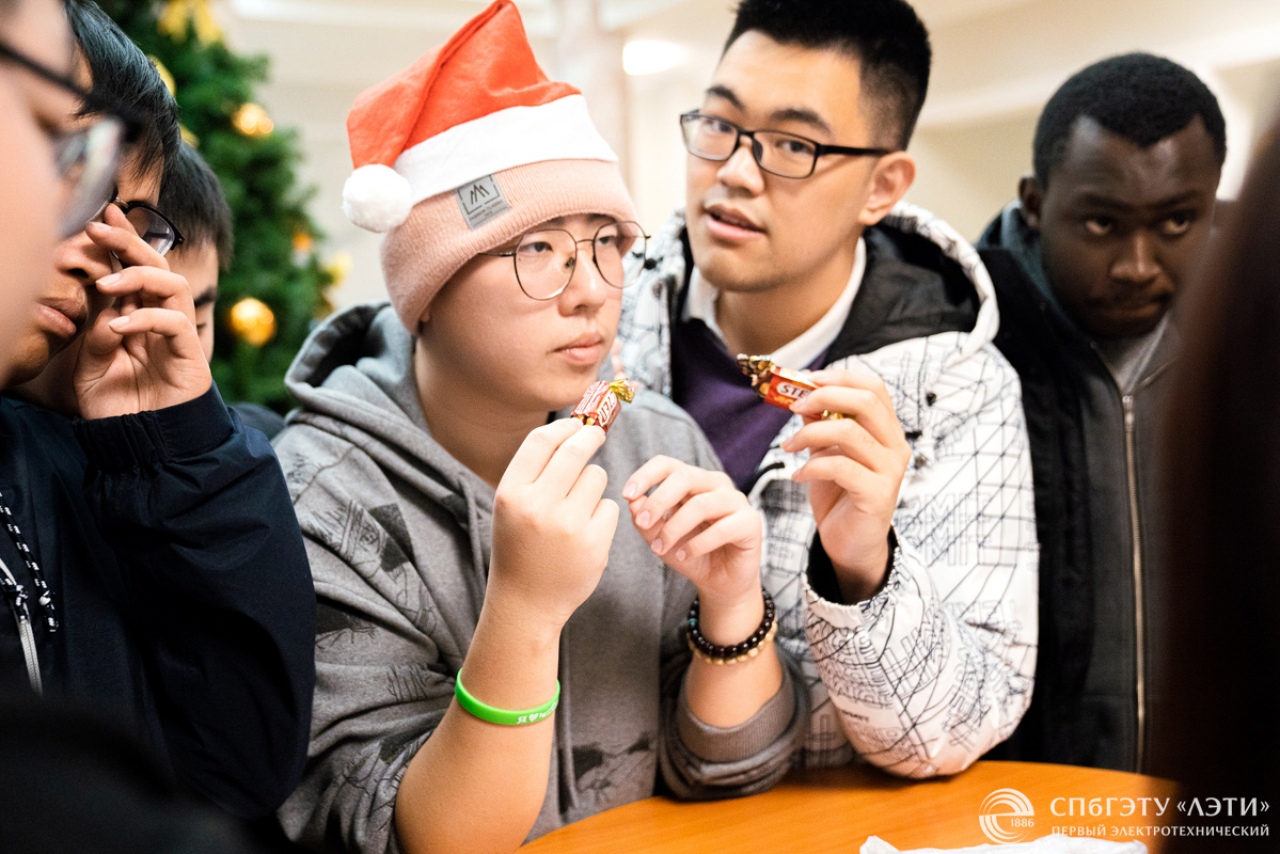 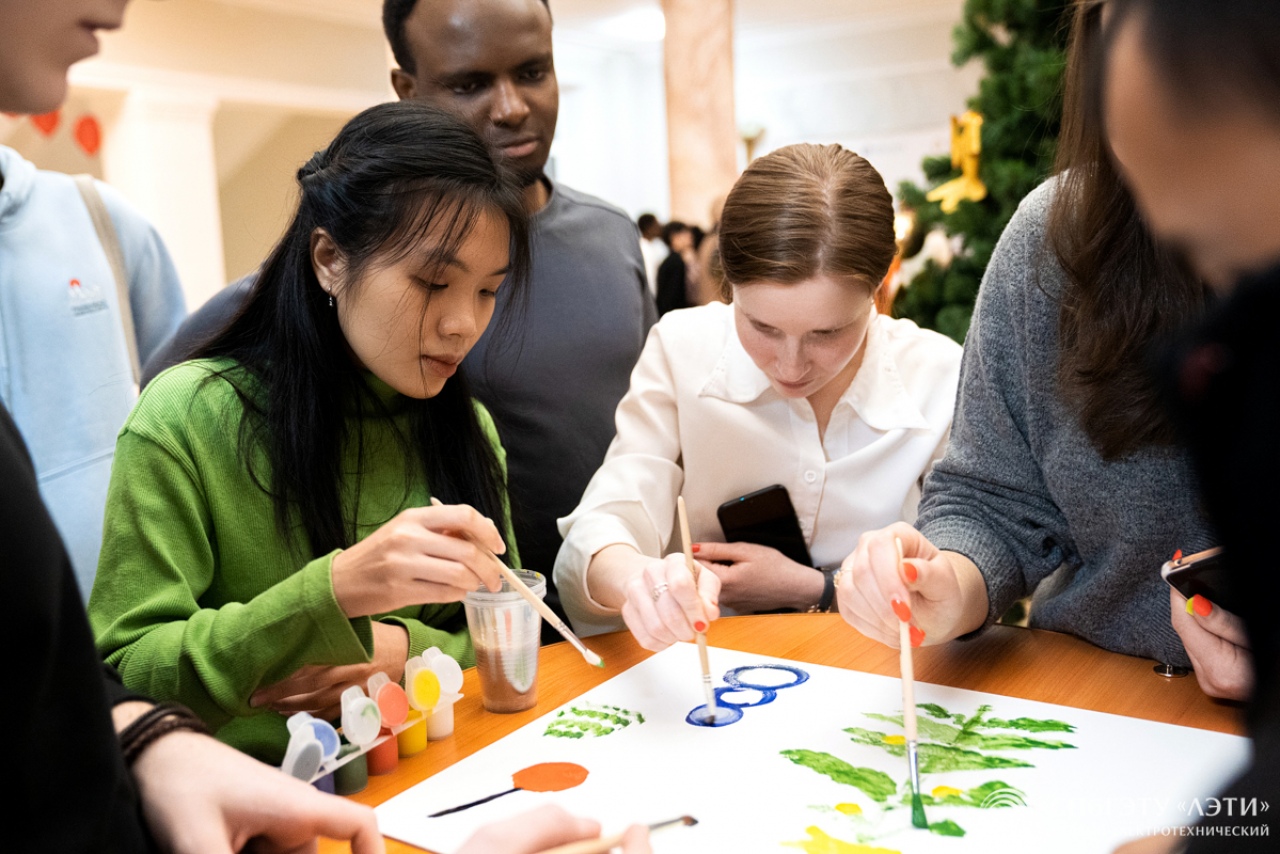 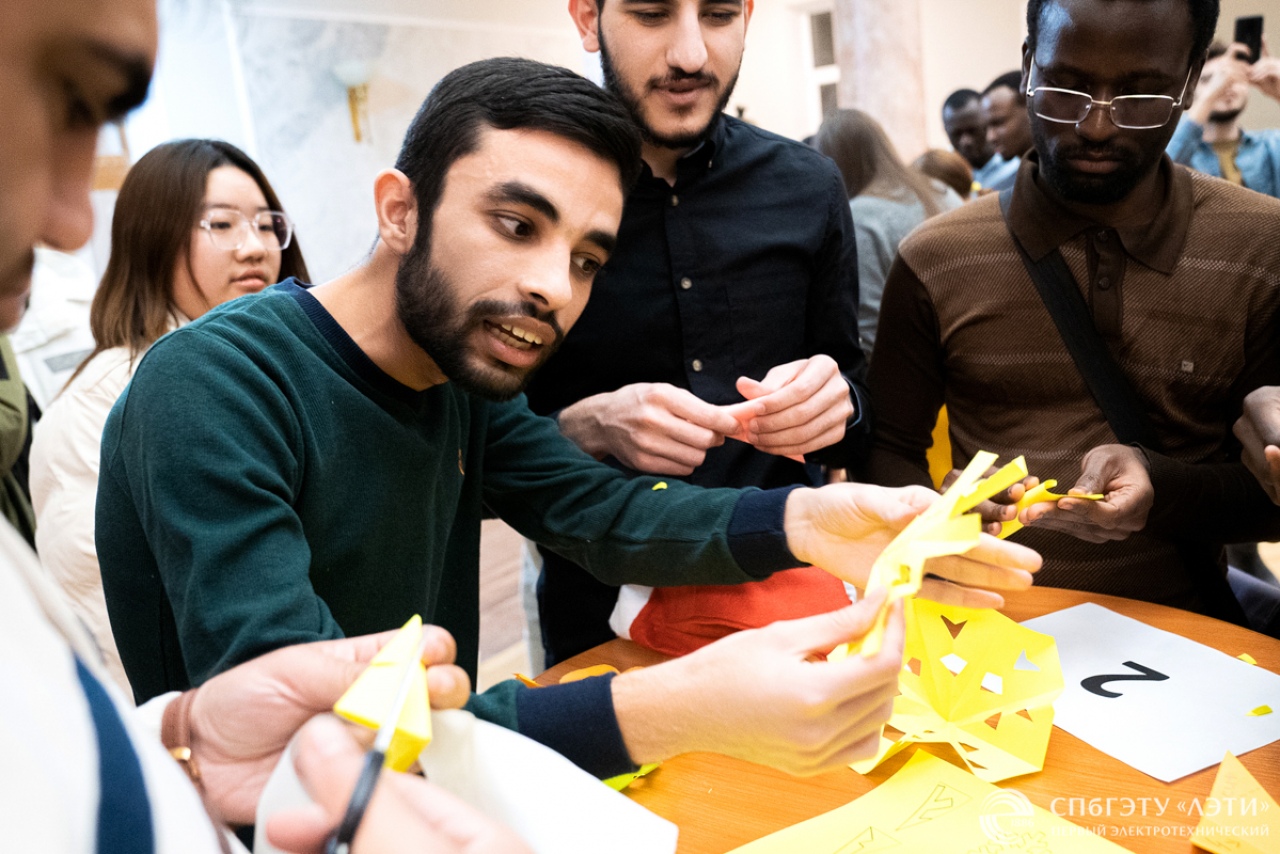 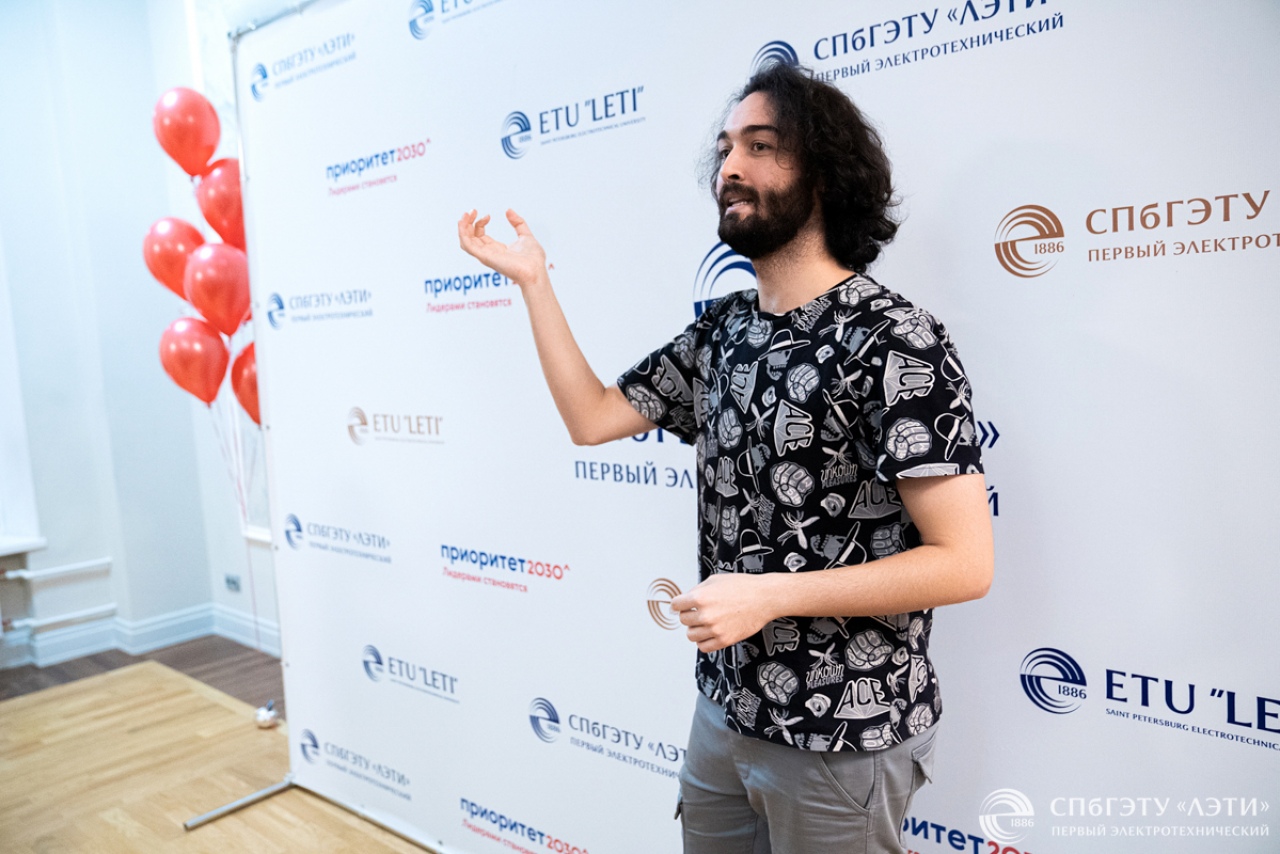 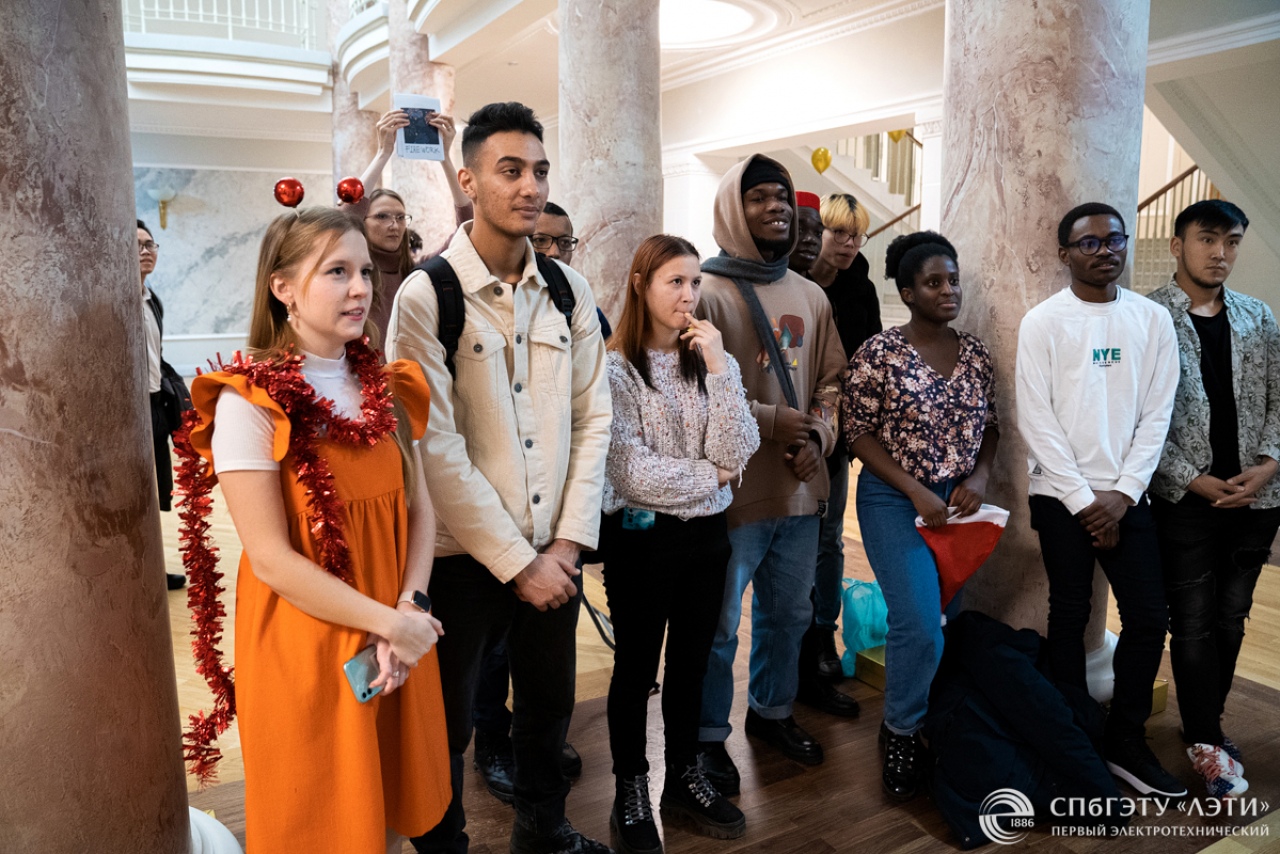 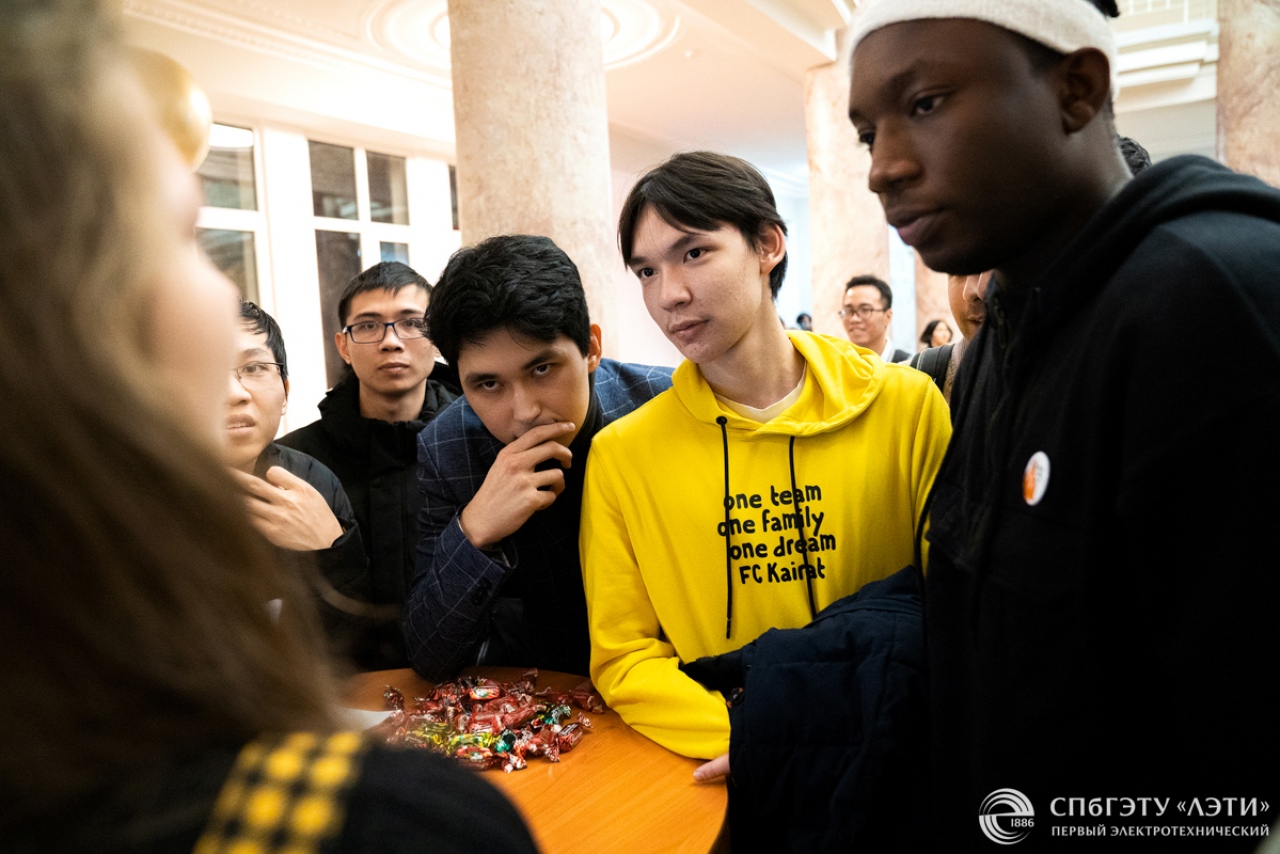 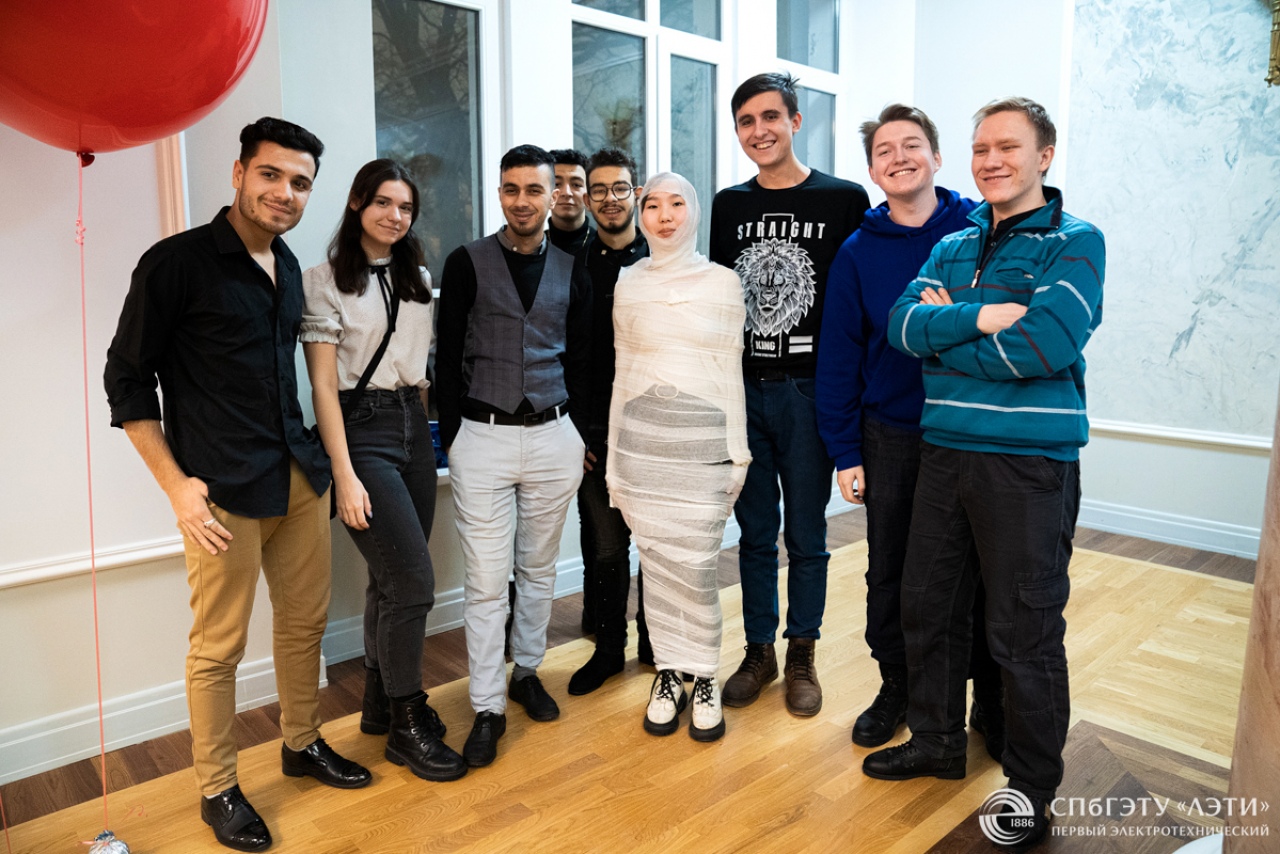 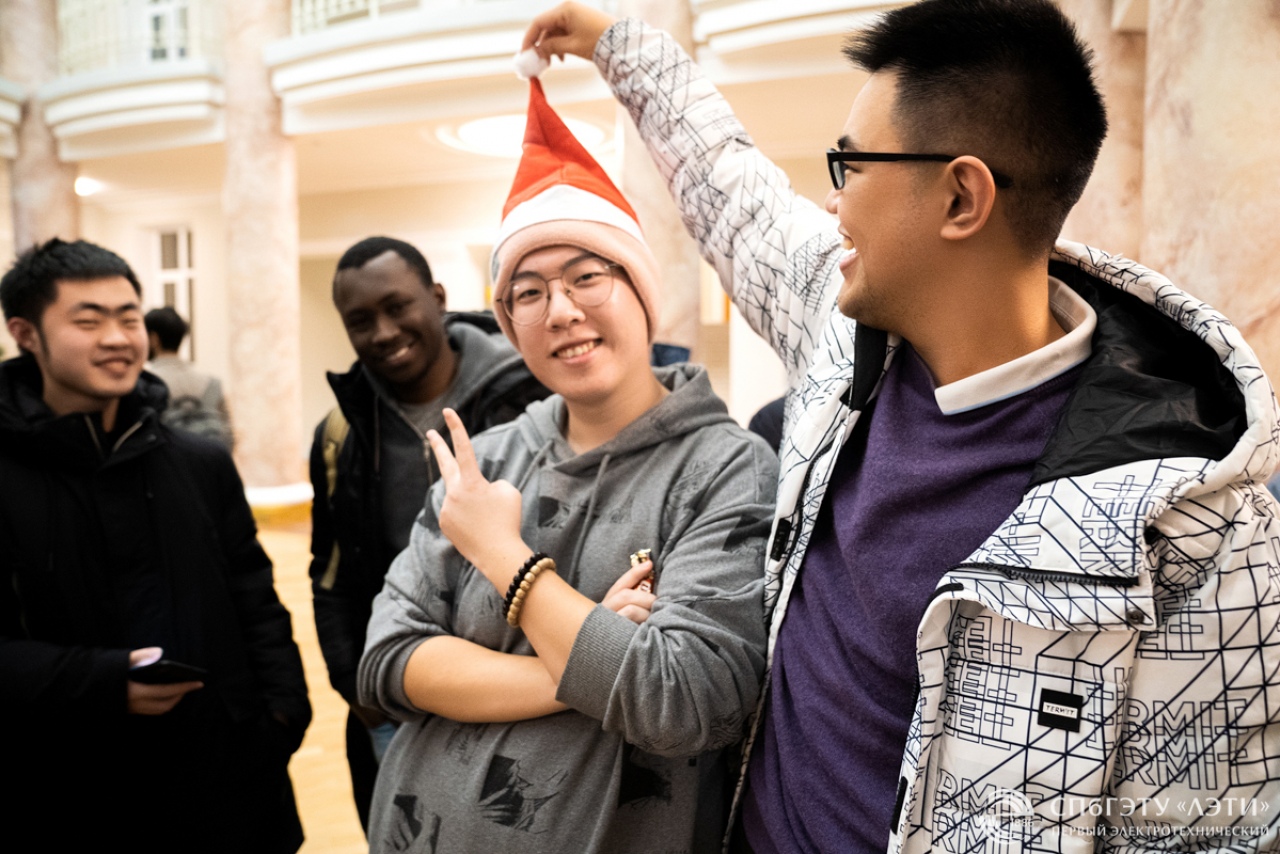 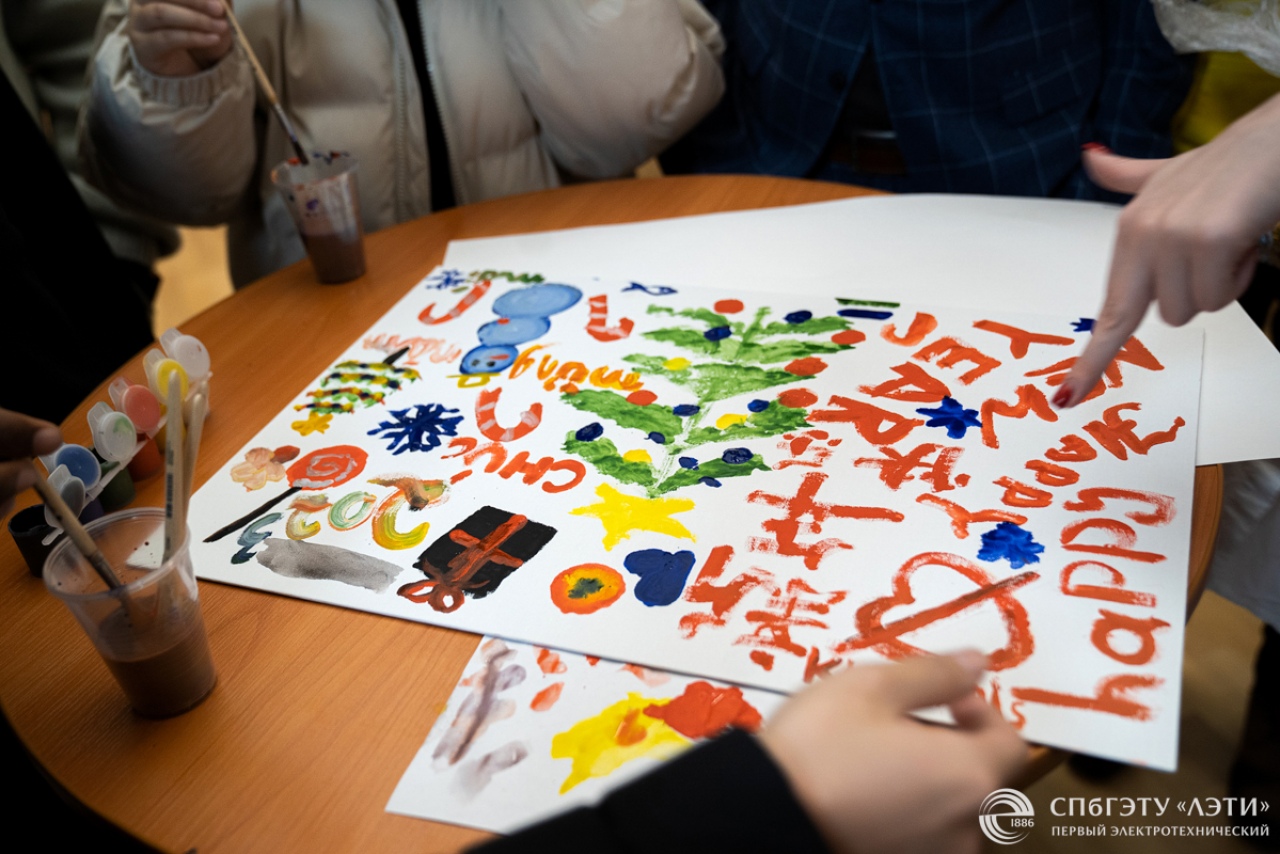 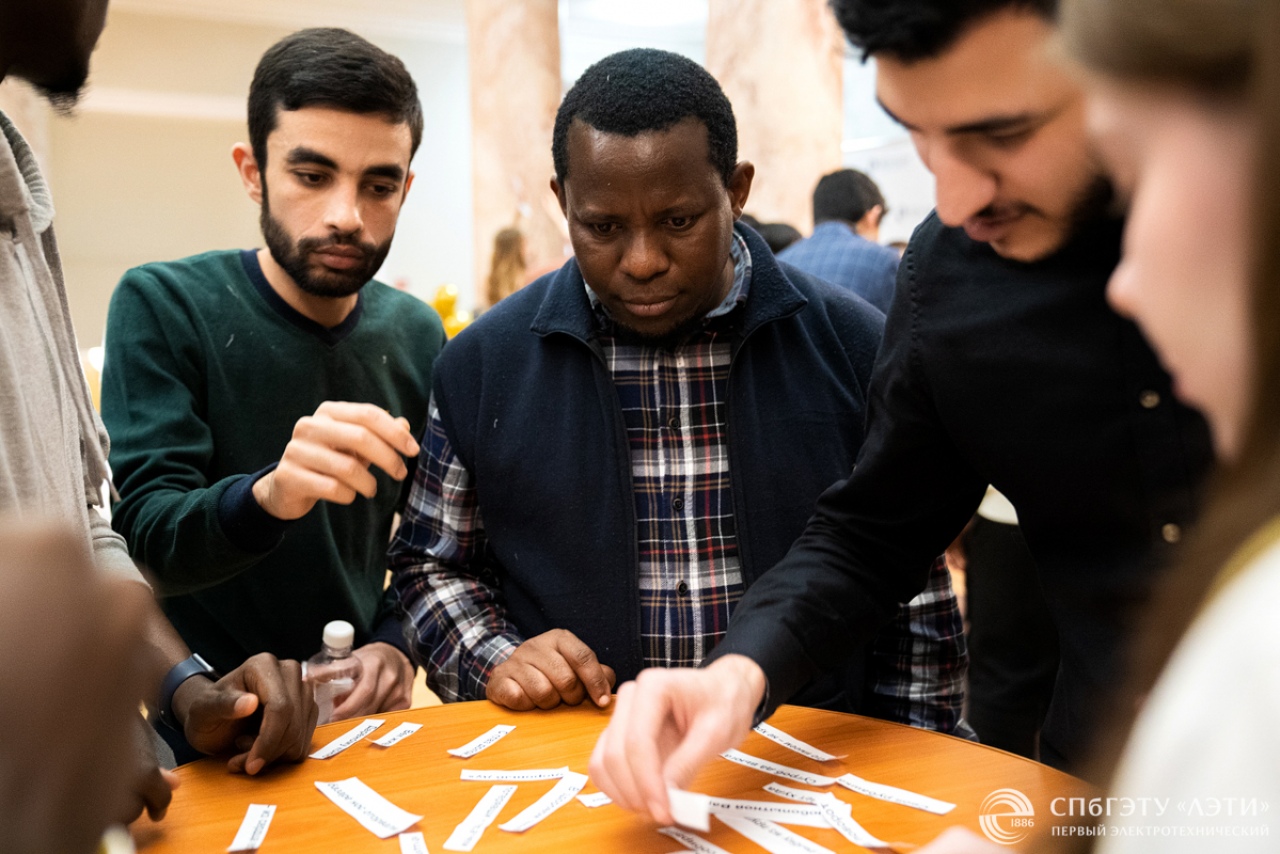 After the ceremony, students moved from the assembly hall to the hall of building 3, where eight stations with games were waiting for them around the Christmas tree. They were divided into teams and started the quest. Among the entertainments were cutting snowflakes, drawing symbols of the New Year with wishes, and a word game Taboo. For the completion of tasks, students were awarded candy. The number of candies was used to determine the winners and runners-up, who were personally congratulated by Santa Claus. Participants were also able to try traditional Russian New Year's Eve dishes. 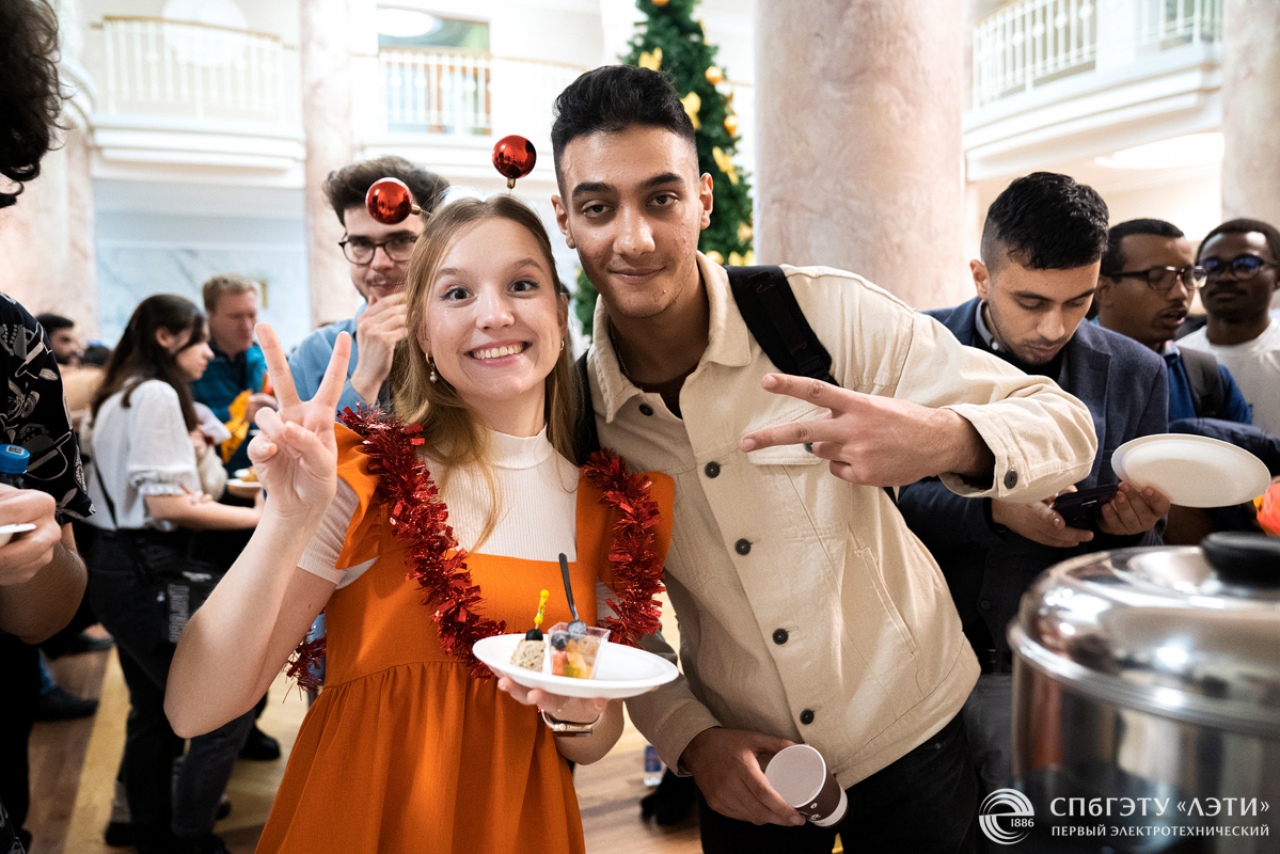 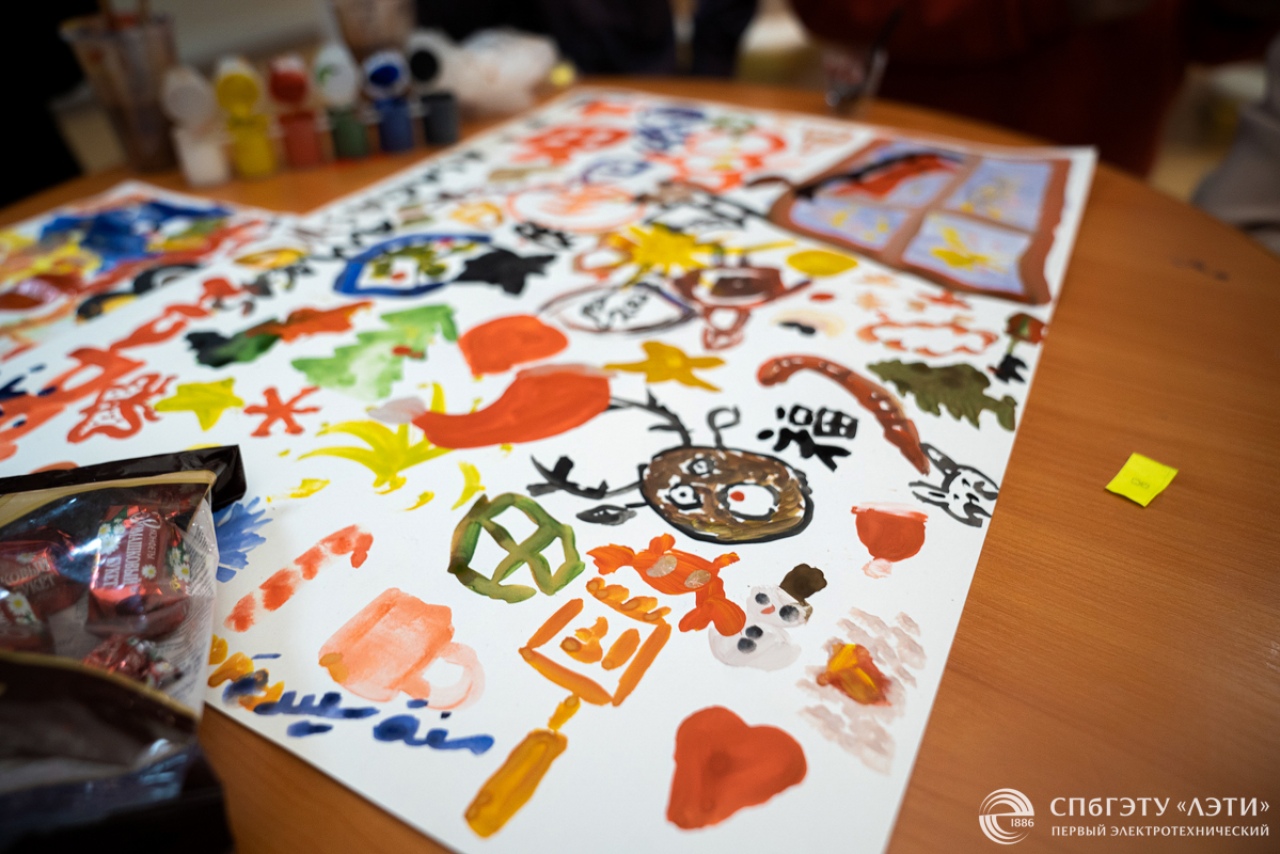 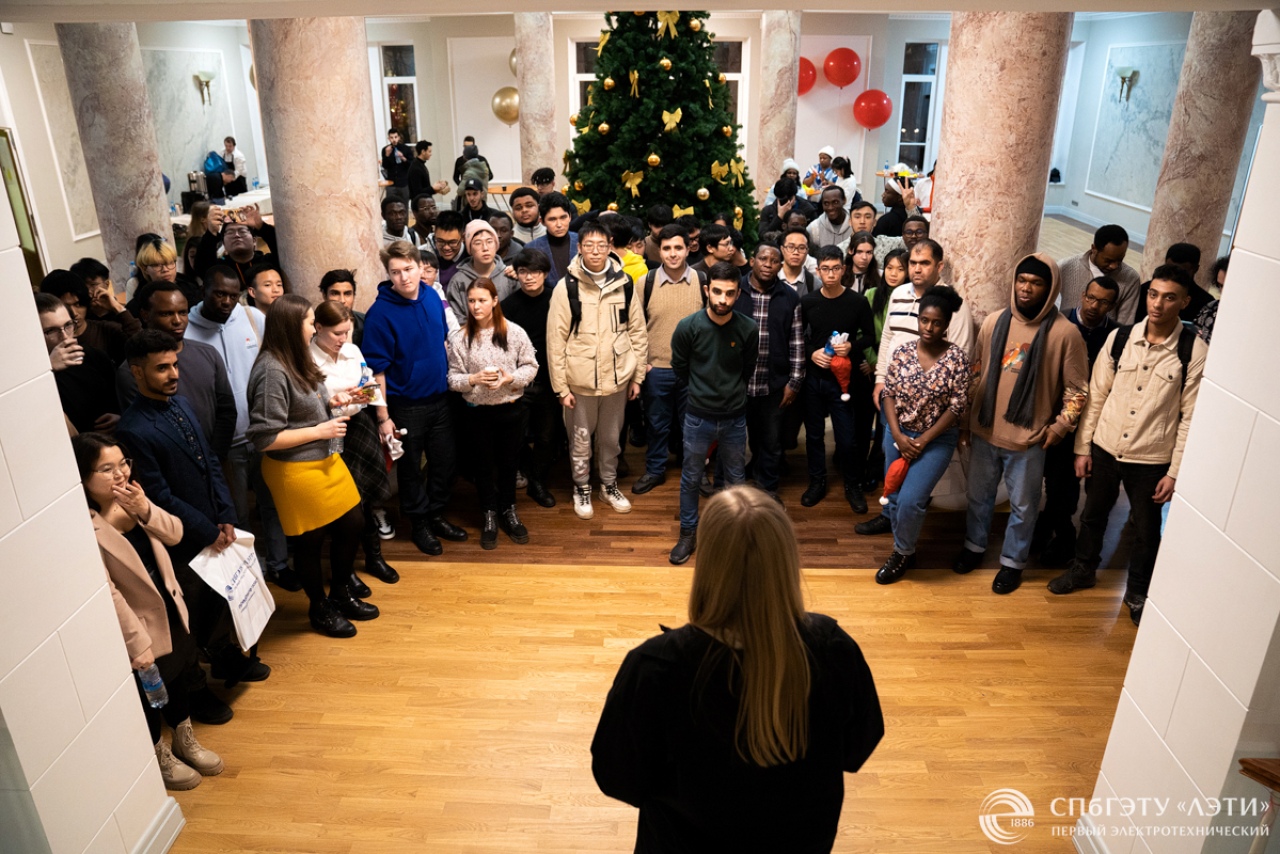 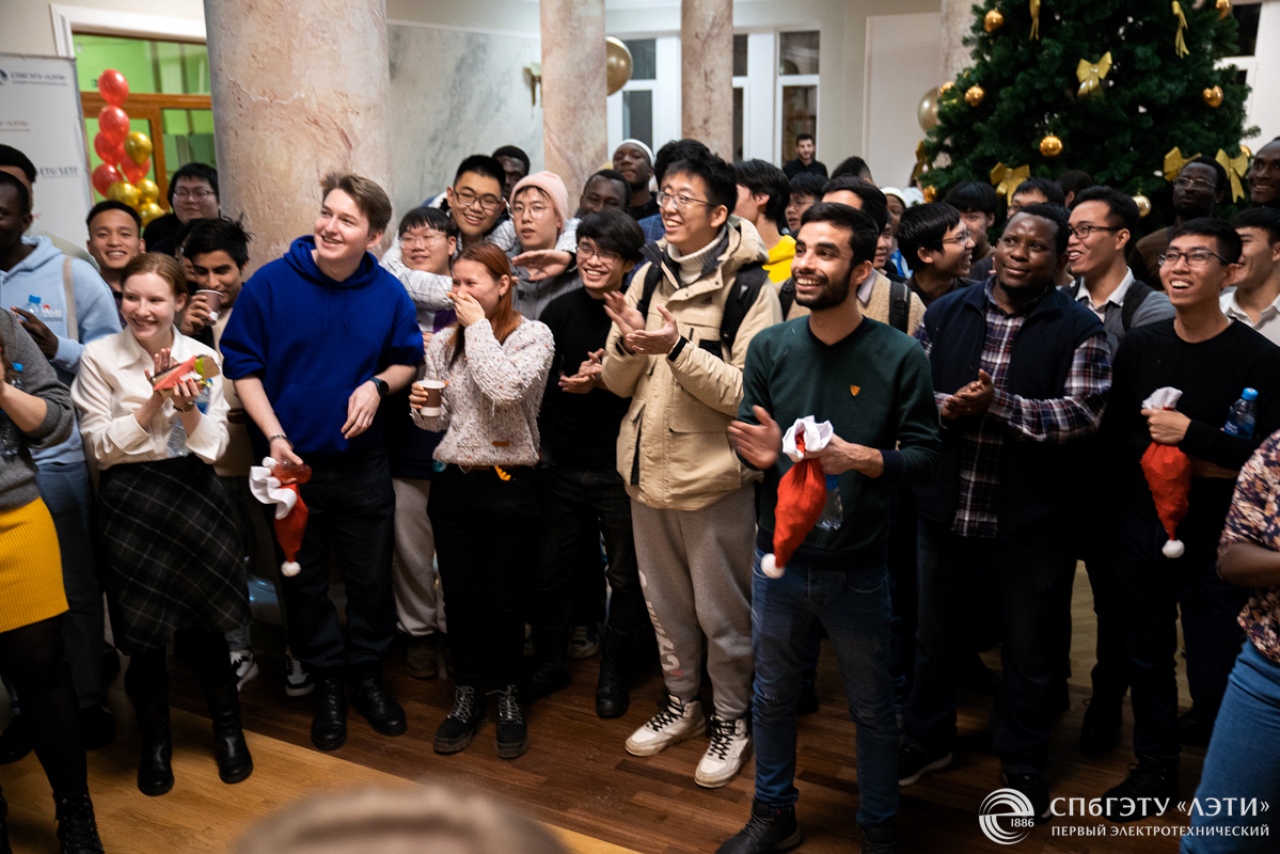 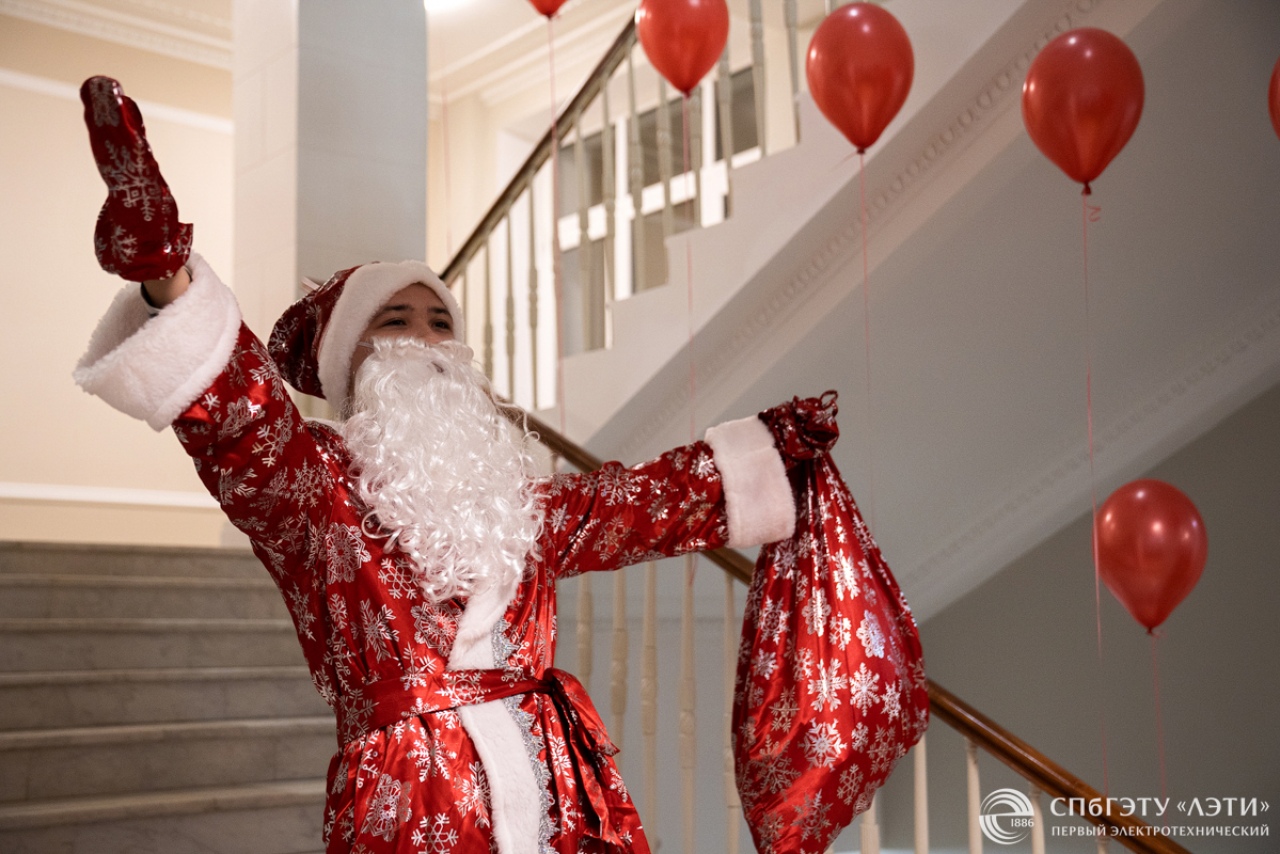 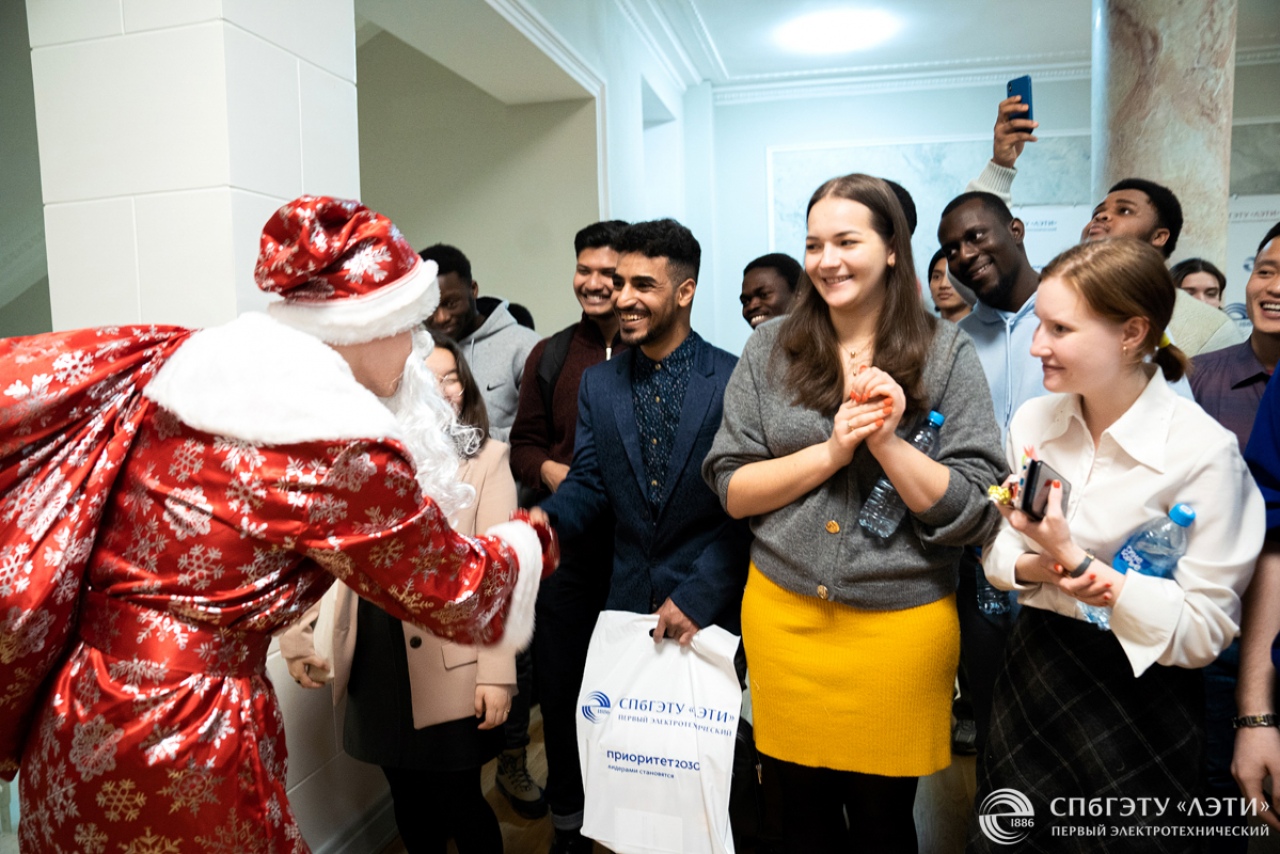 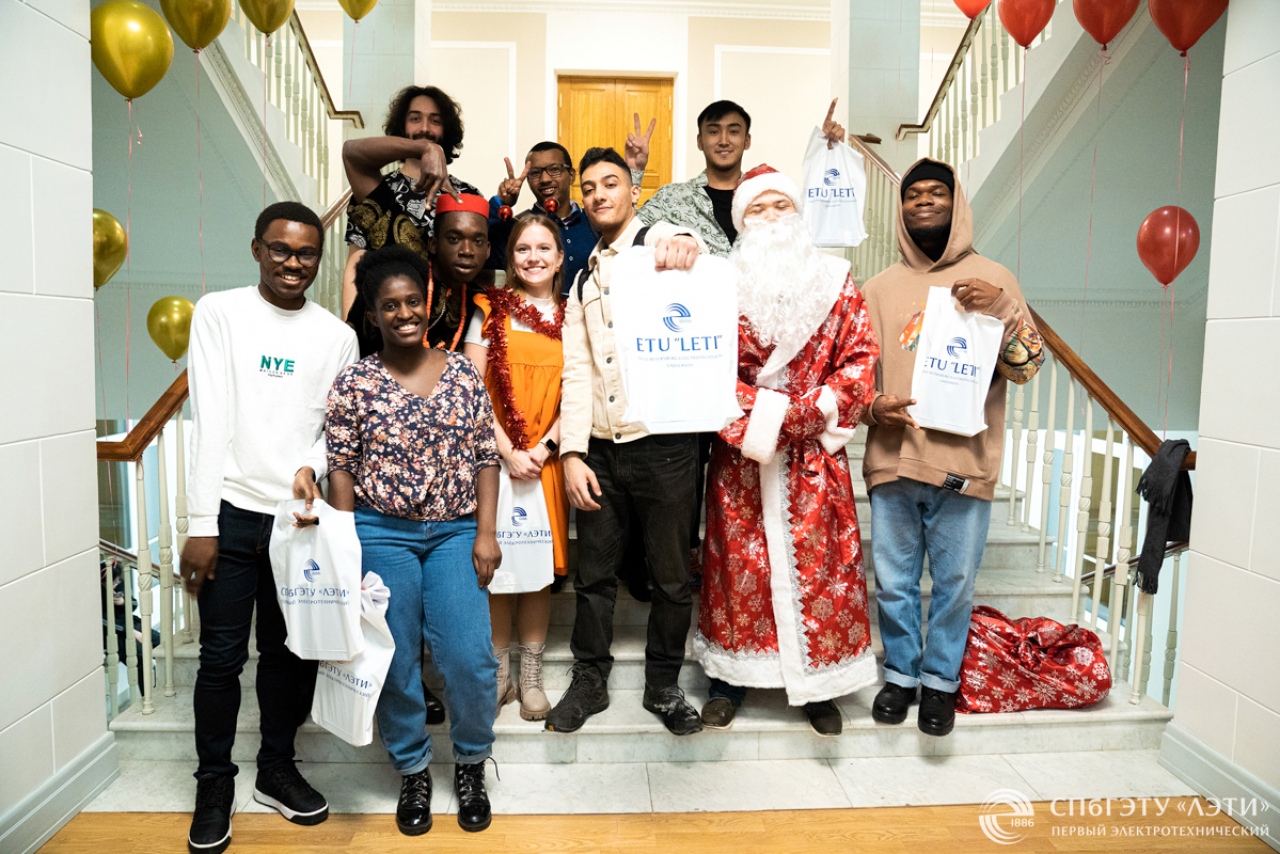 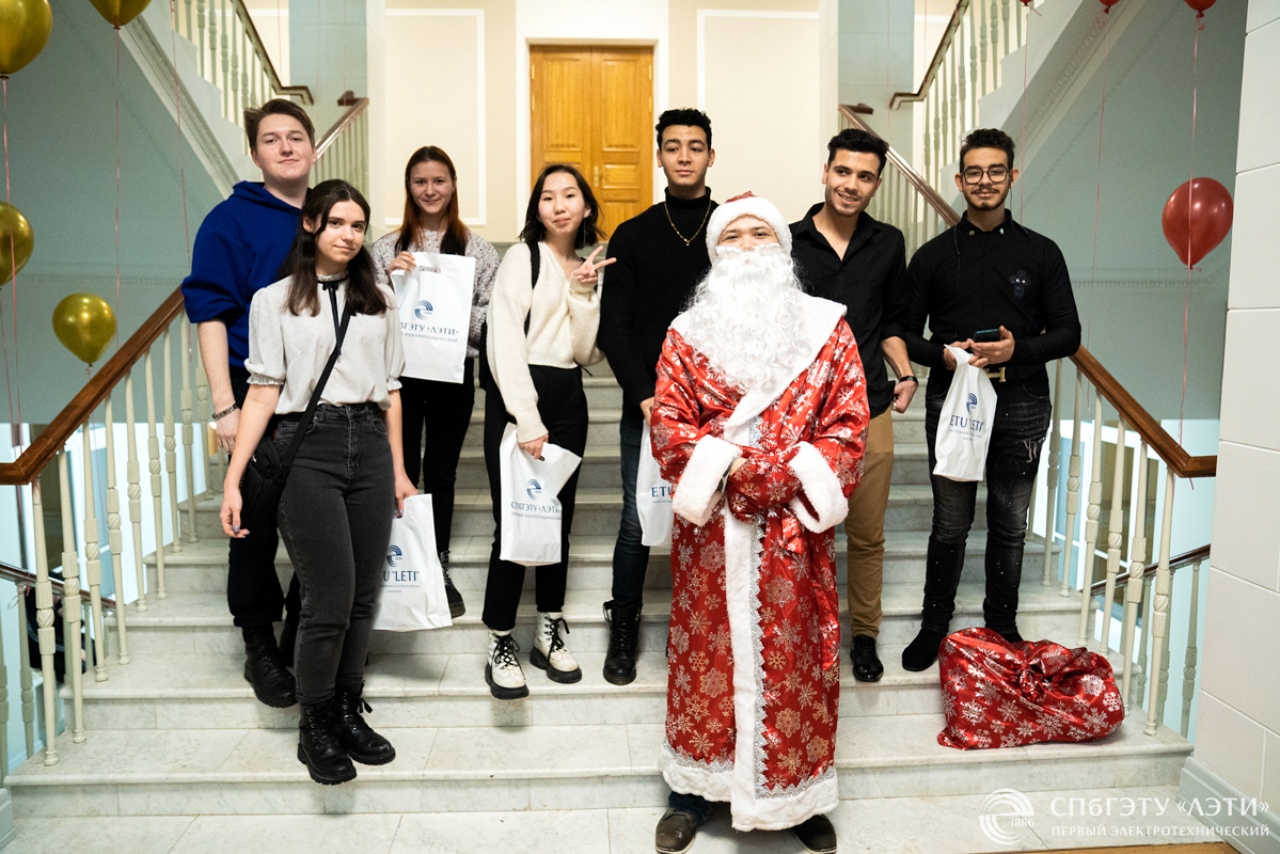 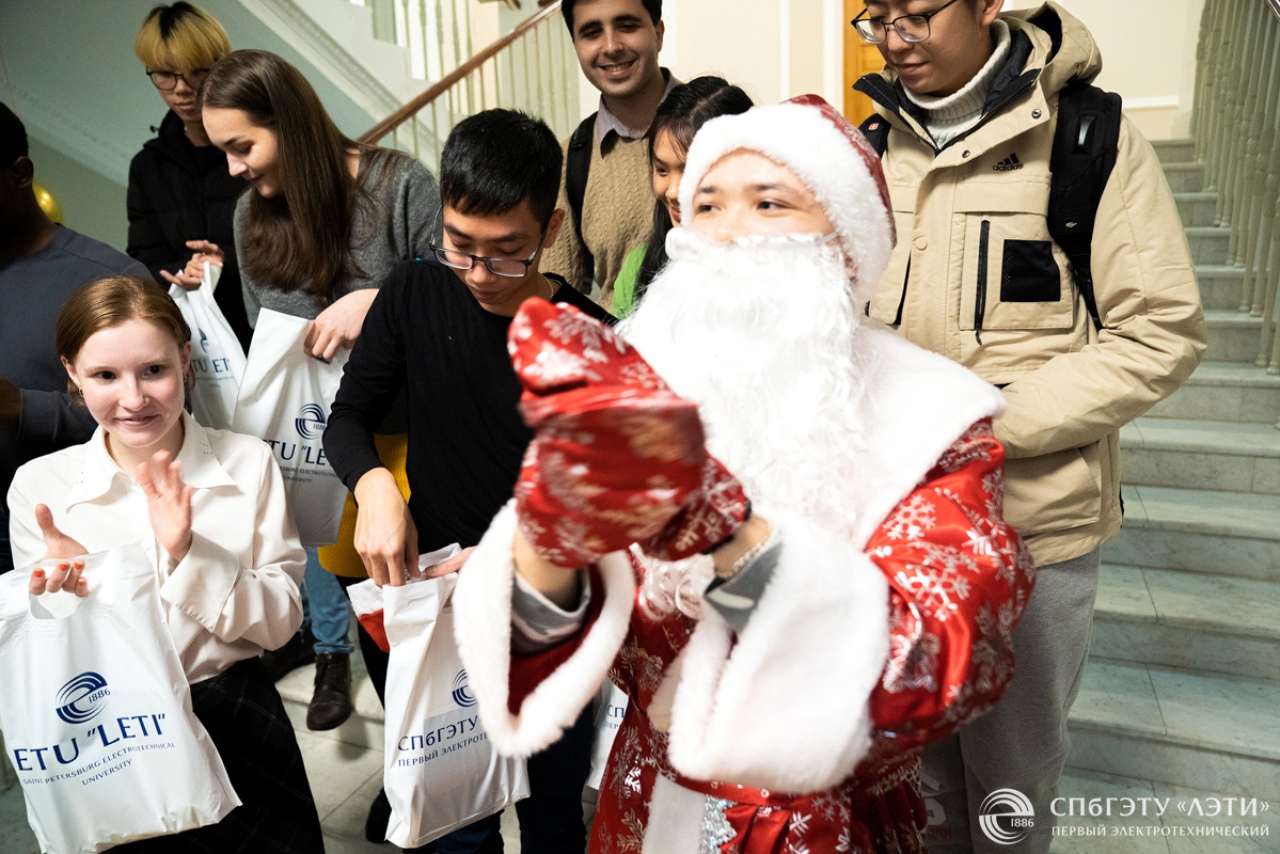 This summed up a busy year for international students and employees of LETI's international units. In 2022, university representatives signed agreements and promoted initiatives in Egypt, Senegal, Mali, Malaysia, Tanzania, Zambia, and Mongolia.

The events of the outgoing year also included celebrations by international students of International Women's Day, Novruz and Cosmonautics Day, the first Indian-Russian Youth Hackathon, two stages of the Summer University project, in which LETI was responsible for engineering tracks, the environmental online school "Green Economy and Sustainable Development," and the joint school with XAMK University (Finland).