International standing of LETI is growing

In 2014 ETU "LETI" achieved success in competitive recovery and in promotion in international rankings. 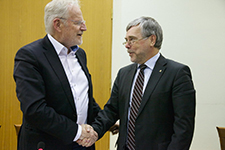 In 2013, Saint Petersburg State Electrotechnical University "LETI" was among 15 universities - winners of national competition for the right to receive state subsidies to improve competitiveness and progress in international rankings. The purpose of this program is entering of at least five Russian universities in the top hundred of the world's best universities by 2020.

In accordance with the roadmap, in 2014 our university achieved some success and was able to improve its performance significantly. For example, number of scientific publications of the university in Web of Science and Scopus doubled. Of course, we have a long way to go to achieve the top of the world rankings, but in some regional rankings our university took rightful place. In December of last year, the company of QS Quacquarelli Symonds, that has published QS World University Rankings for more than ten years, introduced the first rating of the new coverage "Emerging Europe and Central Asia 2014/15" in which ETU was in the first hundred of 368 universities in 30 countries. 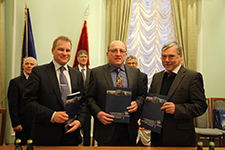 In the world ranking Russian universities don’t hold prestigious lines now. The reason is that the most authoritative rankings have been compiled by western companies for many decades, and domestic universities have recently become open to the world. In this regard Russian universities were at a disadvantage, that doesn’t not let them be successful in such ratings. Another drawback is that a very large "weight" in determining of the place of traditional ranking is the peer reviews of Western scholars and representatives of the firms. Taking into account the low integration of Russian scientists and graduates in the economy of foreign countries, as well as closure of many traditional scientific research, domestic universities can not claim the objective results of these evaluations. Therefore, in the last two years there have been several completely new ratings, that objectively indicate the status of educational and scientific activities of Russian universities. 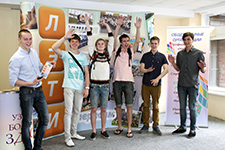 Recently international information group "Interfax" introduced a pilot version of ranking universities of the CIS, Georgia, Latvia, Lithuania and Estonia, in which LETI took the 87th place. It is interesting that according to the results of measurements of reputation evaluation of educational activities, our university was 36th. At the same time the group presented ranking universities of Eurasian Economic Community where our University was on the 65 th place.

European Science and Industry Chamber published rating of higher education institutions Academic Ranking of World Universities-European Standard ARES-2014 where LETI was on the 30th place among the top 100 Russian universities. This position is characterized by reliable quality of teaching, scientific research and high demand for graduates. It is very important that the rating ARES is held by EU standards.

"A place in the rankings for us is not an end in itself, but an indicator of success of our efforts, the rate of status of the University, - said LETI Rector V.M. Kutuzov. - It gives us a lot of advantages. For example, the growth of competitiveness among national universities will lead to increase in competition for admission to the university. Therefore, our first-year students will be better equipped. Among them will inevitably be more guys who want to continue their education in graduate and postgraduate, which favorably affects the quality of graduates. "