International conference "Cooperation of universities of European Union, Russia and Ukraine for preparation of masters in the field of automation and mechatronics" will be held on September 18-19, 2014 at LETI. 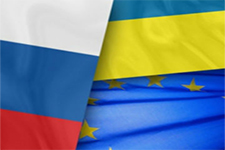 International research and practice conference "Cooperation of universities of European Union, Russia and Ukraine for preparation of masters in the field of automation and mechatronics" (IAM-2014) will be held on September 18-19, 2014 in Saint-Petersburg State Electrotechnical University "LETI" in the framework of TEMPUS project.

"At a meeting held in May in Clermont-Ferrand, our community unanimously decided that the conference in St. Petersburg will be held despite the political situation. Largely due to the position taken by the coordinator of TEMPUS project, Head of Institute of nanomaterials, advanced technology and innovation (Czech Republic), Petr Tuma, the decision was not affected by Western sanctions against Russia in connection with Ukrainian crisis. Colleagues are looking forward to the meeting, "- said member of Organizing Committee of LETI Anastasia D. Stotskaya.

In the course of the project, LETI tried to adopt all the best from European programs as well as offered its expertise in the area of training specialists in the field of automation and mechatronics. Students involved in the project study at universities of Czech Republic and Bulgaria for one semester. Last year the first group - three postgraduates - received diploma of European university in addition to the diploma of LETI. This cooperation will continue in future.

Official opening of the conference will be held on September 18, 2014 at 10:00 in videoconference hall in building 5 of LETI (Professor Popov str., 5).