University / News / “I can see everything from over here”: a lidar from ETU will work for flight safety

“I can see everything from over here”: a lidar from ETU will work for flight safety 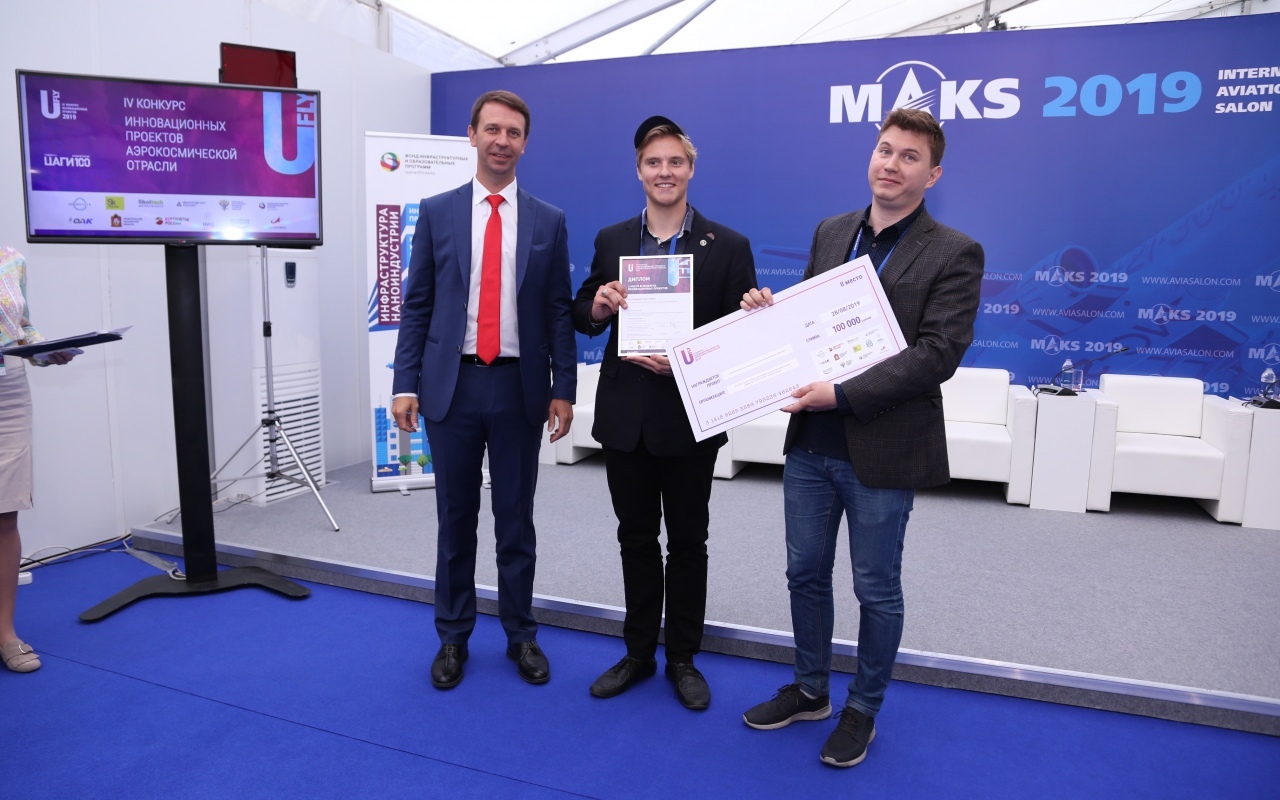 A multifunctional lidar developed by ETU researchers will facilitate comprehensive monitoring of atmospheric events in the airport zone. The project was awarded a silver medal at the IV Annual Aerospace Innovation Project Competition held during MAKS-2019.

The key feature of the lidar developed by Alexander S. Grishkanich, engineer at the Department of Photonics, and Boris Karas, 4th year ETU student, is an integrated ultraspectral module which allows to measure temperature up to about a tenth of Kelvin and wind velocity up to about tenth of m/s.

“We proposed to use an unconventional laser source that operates in solar blind spectral region at two wave lengths – 1550 and 266 nanometers with high energy and pulse repetition frequency up to 300 Hz. Double wedge laser scanning deflector without rotating elements facilitates an instant view at the distance of 5 km. The deflector could be used for selective scanning, for example, in a take-off/landing flight path, it could be used to draw 3D turbulence and temperature distribution maps in real time.” Alexander S. Grishkanich, engineer at the Department of Photonics

Similar technology is widely used to monitor atmospheric events at the airport zone. Many airports have lidar systems but they cannot facilitate such a wide range of measured parameters compared to the ETU-designed device. The fact that it operates in the infrared specter will allow to conduct laser-guided landing, using the technology of computer vision in the future.

New technologies will decrease the risk of plane accidents during take-off and landing, because, statistically, 50 % of crashes occur during these stages. The project “Multifunctional Lidar for Airport Airspace Monitoring” was presented at the IV Annual Aerospace Innovation Project Competition in the framework of the Aviation and Space Salon (MAKS -2019), and won the second place.