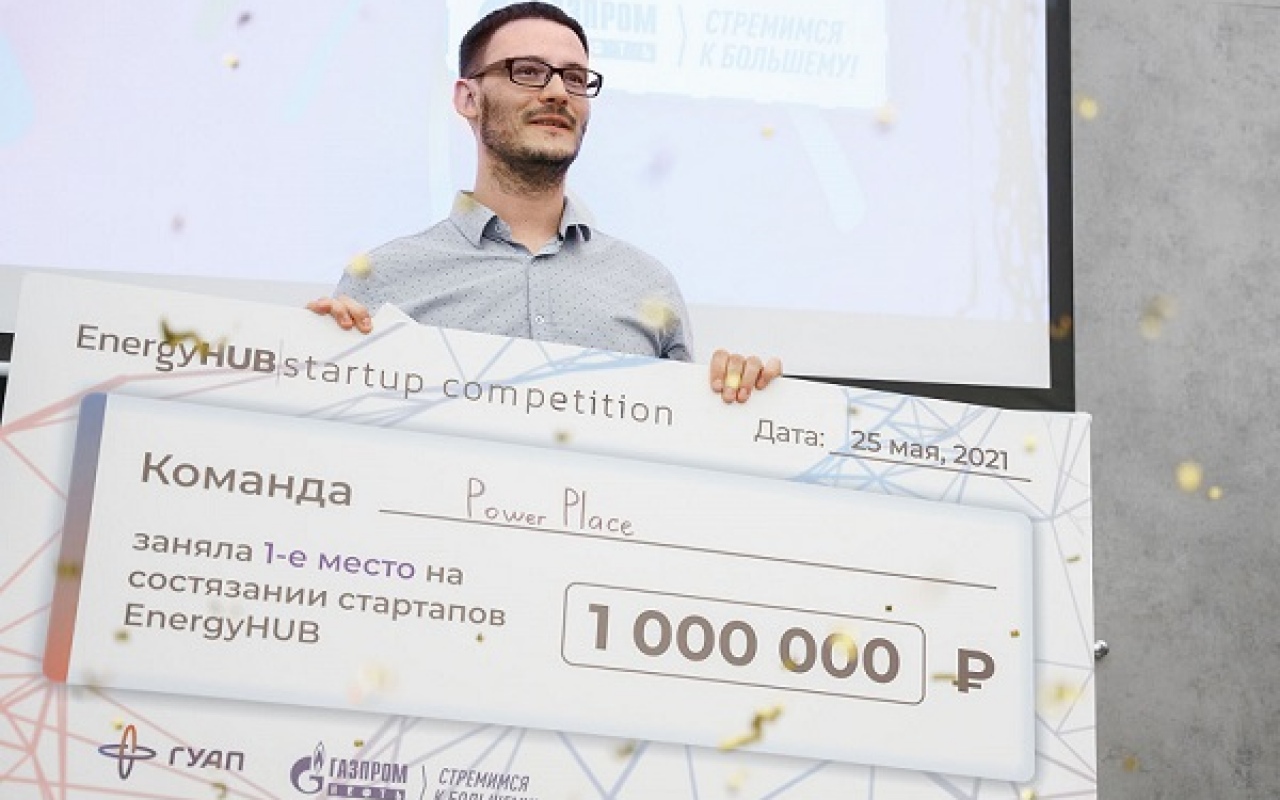 The participants were evaluated by an expert jury consisting of representatives of five funds: Fuel for Growth, New Industry, Orbita Capital Partners, AlmazCapital, and Severstal Ventres.

The EnergyHUB winner was the Powerplace project, an intelligent power module for fast-charging stations for electric cars. It was developed by a team of LETI graduates from the Faculty of Industrial Automation and Electrical Engineering Alexei Kryzhanovsky (2012), Konstantin Matus (2013) and Sergey Morozov (2016), as well as ITMO representatives Olavi Siikki and Evgeny Kolantayev.

"So far, we see mostly international companies as clients. Fast charging stations are one of the fastest-growing segments abroad. Now we are at the stage of finalizing our product, preparing R&D, patenting, and certification. We plan to raise funds in two rounds. At the first stage, we will need about 9.5 million rubles," says Alexey Kryzhanovsky.

"The advantage of our product is the use of energy-efficient components based on silicon carbide transistors. We develop our own software, so we can control the loads and the charging algorithm, which allows us to increase the life of car batteries. Our modules are also reversible, which means that we can also use the electric car as a kind of power bank."

The electric vehicle and charging infrastructure industry is rapidly growing: the global market is already estimated at $12 billion. Every year, it is growing by 33% because it is the fast charging facilities that make electric cars comfortable to drive over long distances, which is especially important for Russia.

"Our module is the main component of fast charging stations and can be used in any powerful complexes used both for charging electric vehicles, running on batteries, and for storage in renewable energy systems," notes the developer.

"In my opinion, the most important skill acquired at LETI is the continuous search for information, the urge to study global experience and the state of the art, as well as the ability to work in a team and rely on the help of my colleagues. The Faculty of Industrial Automation and Electrical Engineering provided the first invaluable knowledge in power electronics and fundamental knowledge in automatic control systems, which is indispensable for building reliable electrical converters."

Now, the startup team consists of a project manager, an embedded systems programmer, a schematic engineer, and a hardware test specialist. The developers plan to attract new specialists to the team to expand the general competencies of the team and strengthen the existing ones.

After the competition, the joint startup of LETI and ITMO developers will receive funding from Gazprom Neft and the community of energy clubs of St. Petersburg universities.