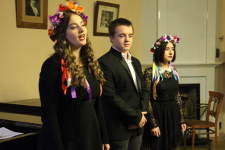 On October, 22 evening of poetry, during which two events organized by Department of Foreign languages of "LETI", took place in A.S. Popov's memorial flat:

"Evening of poetry" within which students of the Department read poems in different languages;

The first were students Ekaterina Bedereva, Stanislav Kurgansky and Ignat Beresnev who presented poems in French, German and English languages respectively. It was followed by Oriental poetry. Dam Kyun An, Lyaman Mammedova, Nonna Milyutina and Darya Syroporsheneva admired listeners with a magic power of a syllable of works of Middle East poets, Asia and the Arab World, having presented written works on Vietnamese, Azerbaijani, Hindi and Japanese languages. The following item impressed guests with its fervor and ardor – Alisa Topchy sang a song in Spanish to the guitar accompaniment of Natalia Orlova. Anastasia Voloshina, Lidiya Byzina and Zakhar Surov showed the audience the world of Slavic poetry, having given to listeners the chance to enjoy melody of Belarusian and Ukrainian verses. Russian romance "Reminiscence" on words of Zhukovsky was executed by Ksenia Alugishvili to her own accompaniment on a grand piano.

Of course, such event couldn't exist without Russian poetry. Polina Vaganova, Ekaterina Zarifova and Maxim Komarov presented poems of three different poets of three different directions of 20th century: lyric poetry of Iosif Brodsky, representative of the Silver age Anna Akhmatova, and also Sergey Yesenin, whose anniversary is widely celebrated all over the country this year.

Background music of the evening was provided by accompanist Valeria Khokha and DJ Sergey Batsyn.

"Evening of Poetry" didn't do without surprise number: the Head of Department of foreign languages Andrey A. Shumkov sang a song in Swedish at the grand piano.

Rewarding ceremony of winners of Literary translation competition finished the evening. Competition took place in absentia: participants sent variants of translation to e-mail, and judges estimated them on a five-point scale, then on rating system. On the eve of the event all participants received the letter with announcement of winners and all of them were invited to rewarding ceremony.

Winners of the competition read their own translations of the poem of Percy Shelley "Love's philosophy":

The most interesting translations were read to listeners by the Deputy of Head of Foreign languages Department Tatyana V. Shulzhenko. 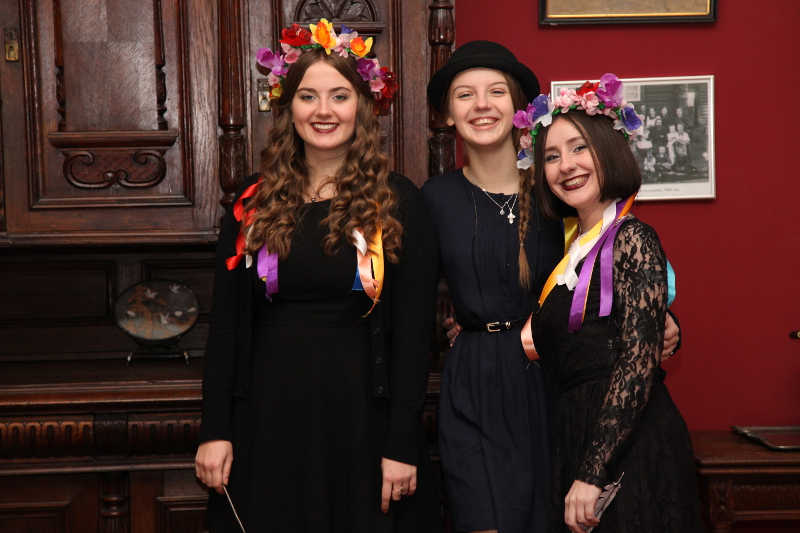 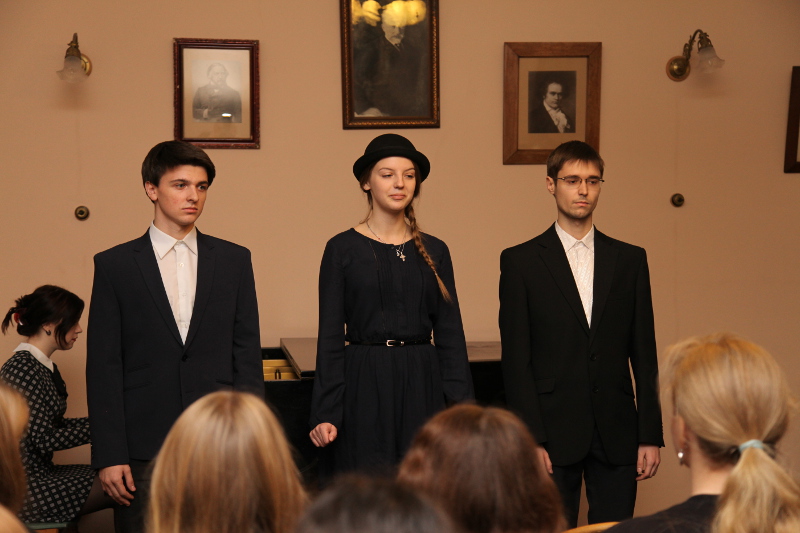 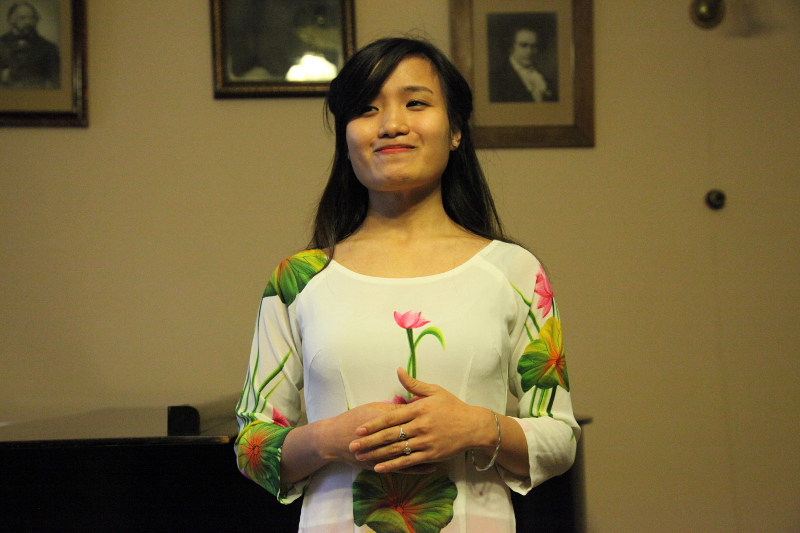 One of organizers of the evening of poetry a graduate student, teacher of the Department Lyubov A. Ulyanitskaya told us about organization of the event and about her impressions about it: "Event of this sort is held in our university not for the first time. Last year we organized evening of poetry of Shakespeare. This year, because 2015 is declared the Year of Literature, we decided to take poetry in general. We are very happy that students of the 1st and 2nd years were very active. It is for sure that such readings will become traditionally. The next year we plan to give students the chance to read poems of their own composition. I was also pleased by interest of students  in the competition of poetic translation. Totally, there were 25 participants, many of them were from other faculties and some were even from other universities. All these events make us happy and motivate us."