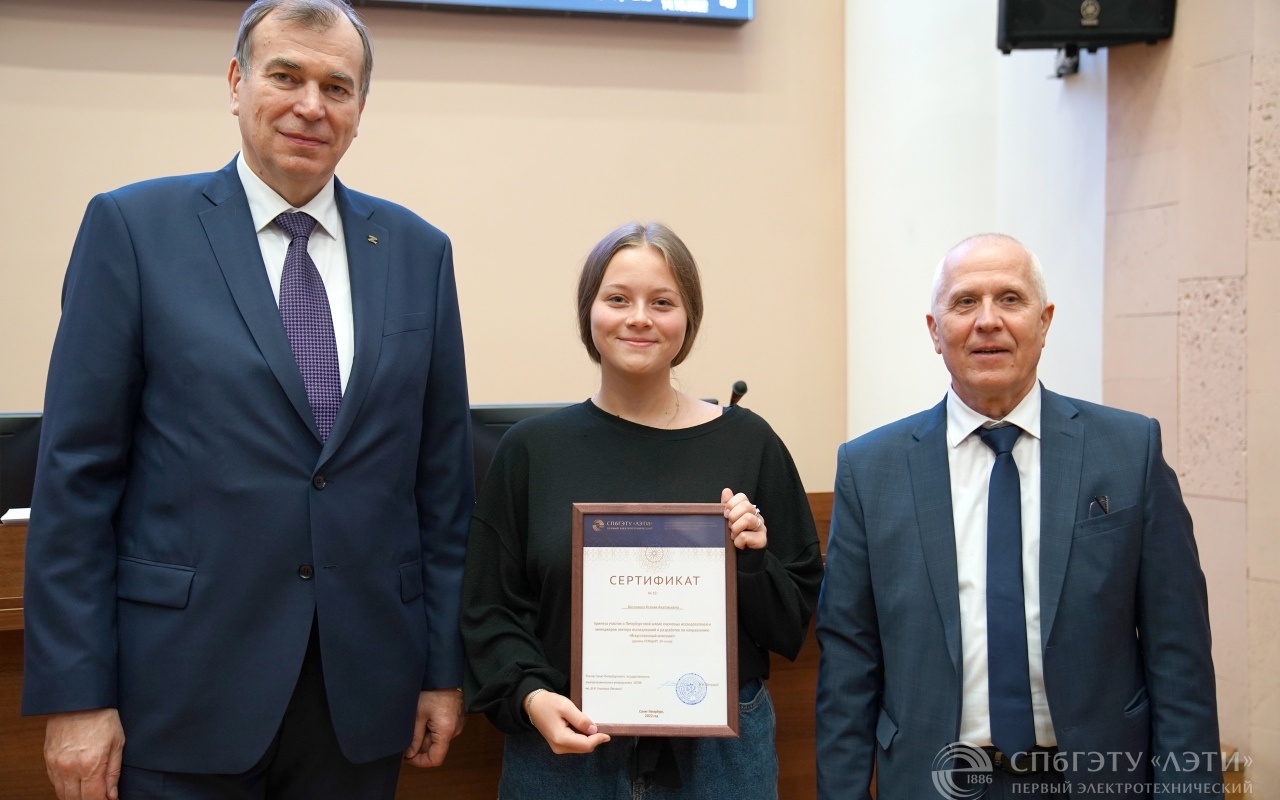 More than 260 young professionals became acquainted with the current state and technologies of artificial intelligence within the school of principal investigators in AI, organized by LETI.

On October 14, the closing and awarding ceremony of the Principal Investigator in Artificial Intelligence school took place at the St. Petersburg Electrotechnical University "LETI."

Andrey Maksimov, Chairman of the Committee on Science and Higher Education of St. Petersburg, opened the ceremony.

"I am happy that this school is taking place for the second year in a row and that the grant for it is won by LETI. It is one of the leading universities in the field of artificial intelligence. It is well known not only in our country but all over the world. The school participants successfully completed the program and, most importantly, acquired additional competencies that will allow them to further submerge in science, research, innovations, and development of our high-tech products."

The participants of the school were 265 students from the leading universities of St. Petersburg and technical universities in Novosibirsk, Kazan, Ekaterinburg, Moscow, Tomsk, and Rostov-on-Don. In the online module, they got acquainted with the current state and technologies of artificial intelligence, acquired and improved their leadership skills, and learned how to solve practical tasks to develop intelligent autonomous systems for driverless transportation on the Duckietown polygon equipped at LETI.

"The Principal Investigator in Artificial Intelligence school is a driving force for economic development. I am very happy to see a large number of people who are building their future in the field of artificial intelligence."

The first five days of offline school included lectures and workshops, and then participants began working on projects. The training took place in three formats. In the Light program, participants listened to online lectures and participated in discussions. The Standard format also included workshops and engineering classes devoted to the specifics of implementing algorithms, approaches, and methods.

In the Pro format, participants worked on projects based on the Duckietown polygon. The tasks included determining the road markings from the camera frames on the move using neural networks, estimating the robot's speed based on the camera frames, automatically constructing a map of the environment the robots move through, and constructing a route for the robot's movement as it moves around the polygon.

Lectures and workshops were led by leading experts from JSS Scientific and Technical University (India) and LETI.

All participants in the school received a certificate of advanced training. The organizers noted that they are looking forward to the next such event.

Among the partners of the school are large companies, universities, and world-class research centers such as JSS Science and Technology University, Gazprom Neft, the Center for Strategic Research "North-West" Foundation, the "Artificial Intelligence in Industry" association, and Russian Railways.