Delegates from SPb ETU in Vietnam

At the end of October a delegation from LETI visited 3 universities in Vietnam: Le Quy Don Technical University, Hanoi University of Science and Technology and Hanoi Open University. 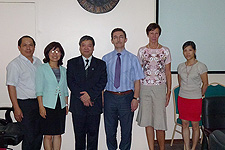 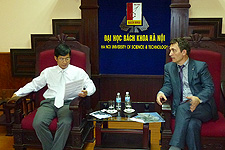 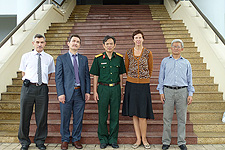 There is a long lasting relationship between St.Petersburg Electrotechnical University (LETI) and partner universities in Hanoi, Vietnam.

A delegation from LETI visited 3 universities in Vietnam at the end of October. These universities were Le Quy Don Technical University, Hanoi University of Science and Technology (HUST) and Hanoi Open University (HOU). The representatives from SPb ETU were pro-chancellor Viktor A. Tupik  (in charge of international relations), the dean of Faculty of Information, Measurement and Biotechnical Systems Yuriy V. Filatov  and the head of the Academic Mobility Department Maria V. Pavlovskaya  During the meetings collaboration plans were discussed and some agreements have been signed, as well as Memorandum of cooperation in fields of science and education within Russian-Vietnamese Technical University (VRTU).

LETI delegation has also organized a consultation meeting with Vietnamese citizens. It was held in the International Relations Department of the Vietnamese Ministry of Education and was dedicated to the discussion of studying at SPb ETU. There were 22 people and 20 young teachers among them would like to study in our postgraduate school. The most interesting fields happened to be IT and automation in engineering systems. At the meeting some people confirmed that they are going to study at LETI. 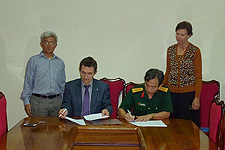 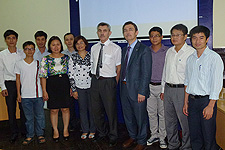 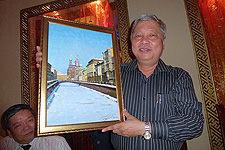