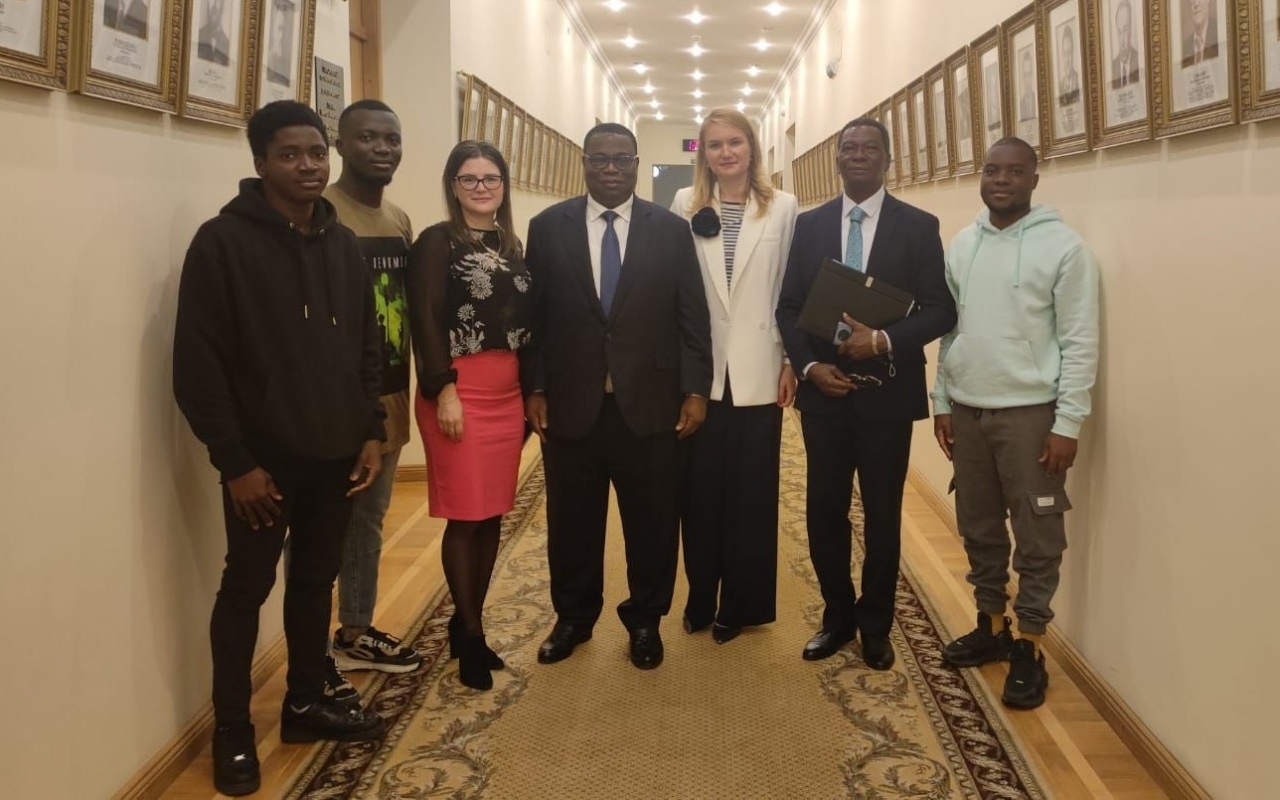 The ambassador of the Republic of Benin met with students and representatives of the university administration at LETI to talk about the prospects of joint projects with the country's universities.

On June 16, Andre Akambi Okunlola-Biau, the Ambassador Extraordinary and Plenipotentiary of the Republic of Benin, who took part in the St. Petersburg International Economic Forum, visited the St. Petersburg Electrotechnical University "LETI" to develop scientific and educational relations between Benin and Russia.

The parties discussed prospects for creating joint projects and network programs between LETI and Benin universities, as well as the participation of the country's students in the planned LETI engineering school for African students. Andre Akambi Okunlola-Biau expressed interest in increasing the number of students from Benin at LETI, studying with scholarships from the Russian government.

"Working with Africa has always been a priority; it is now one of our international focuses. The visit of Andre Akambi Okunlola-Biau is a great honor for us, and I am sure that with this assistance, we will be able to successfully carry out the planned projects for African countries."

According to the ambassador, establishing contacts with Russian universities is of great importance because the government of Benin has identified the development of higher education and the expansion of cooperation in R&D as its main priority. He noted that the partnership between the two countries is the foundation of Benin's development.

A second-year student of the Faculty of Industrial Automation and Electrical Engineering and two students of the Preparatory Department LETI from Benin told about their studies at the university. After nine months of training in engineering, economic, or humanitarian fields, the students will be able to enroll in Russian-language bachelor's degree programs.