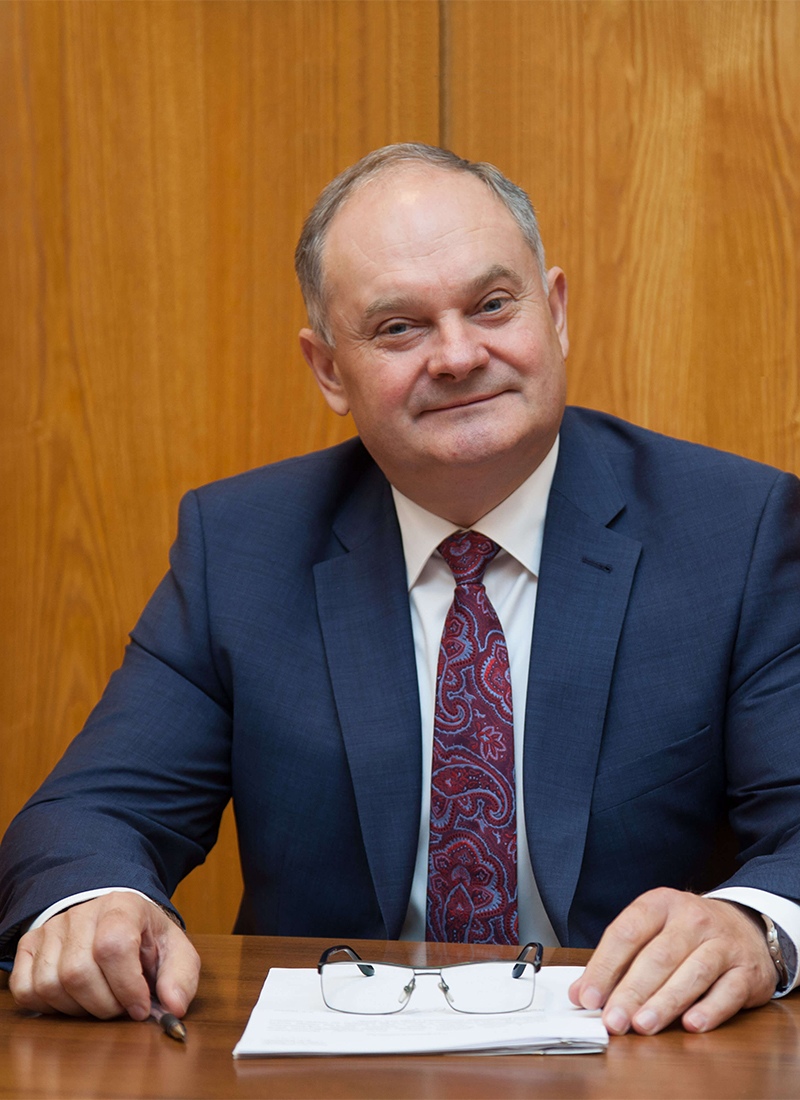 Rector of the University

Viktor Sheludko was born on August 26, 1961. He graduated from ETU "LETI" with a degree in Automatic Control Systems (1986), became Chairman of the Trade Union Committee of LETI Employees (1988), Vice-Rector for General Affairs (1994), Vice-Rector for Administrative Affairs (1996), First Vice-Rector of ETU "LETI" (2000), PhD in Engineering Sciences (2006), Scientific Director of the first in Russia educational and scientific laboratory Mechatronic Complexes of Mobile Objects and Mobile Installations of Airfield Service created within the Innovative Educational Project (2007), Doctor of Engineering Sciences and employed as Head of the Department of Automatic Control Systems (2014).

Viktor Sheludko holds the position of Coordinator of the Energy Saving Program of St. Petersburg universities. He was appointed the federal representative of Commission for Utility Payments of the Ministry of Education and Science of the Russian Federation for the North-West region of Russia in 2004.