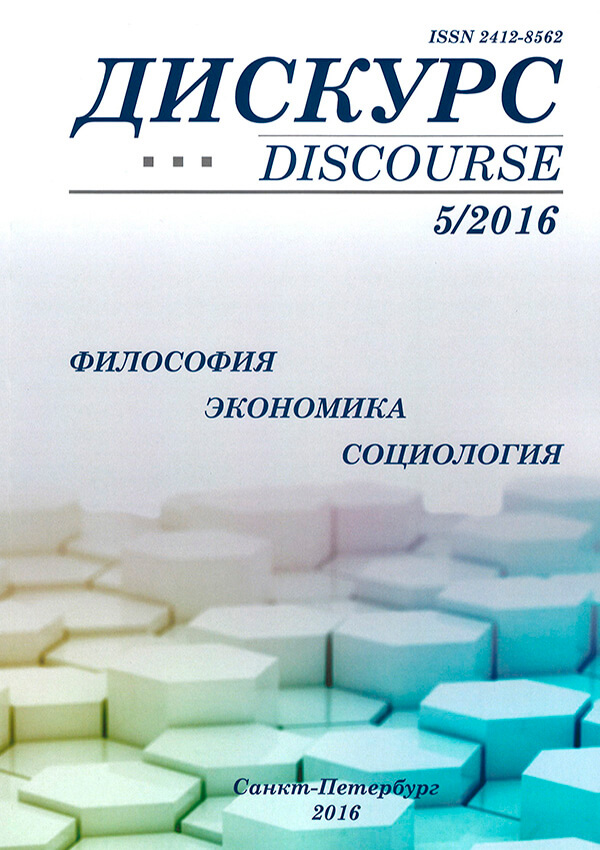 The History of the journal “DISCOURSE” goes far beyond the limit of 2015 – the date of its foundation. Previously the journal sections were the inseparable part of the journal “Proceedings of ETU “LETI”. According to the new requirements of the Supreme Attestation Committee (SAC) at the Ministry of Education and Science of the Russian Federation implemented in 2014 (the Ministry order № 793 of 25.07.2014) an edition can be included in the List in one or several (up to three) branches of science and/or (up to five) groups of researchers specialties. Because it was impossible in new conditions to present all subjects of the University in one journal, the University management took a decision to create a new journal dealing with Humanities, social and economic problems of the society development which was called the “DISCOURSE”.

The editor-in-chief of the journal “DISCOURSE” is Andrej F. Ivanov, Doctor of Philosophical Sciences, Professor at the department of Philosophy of FAEI of HE “Saint Petersburg State Electrotechnical University “LETI”.

The Editorial Board of the journal consists of 19 persons representing scientists, research and educational staff. Among them are 13 Doctors of Sciences, 4 Candidates of Sciences, 3 foreign scientists (Ph. Ds) from Kazakhstan, Poland and Italy.

The journal “DISCOURSE” is published in subject directions according to 5 (five) groups of researchers specialties in accordance with the Nomenclature of researcher specialties approved by the order of Ministry of Education and Science of RF of 25 February, 2009 № 59:

Rules for submission, reviewing and publication of scientific articles

Information about the journal authors

The subscription index is 71225 in the union catalogue “Press of Russia”, volume 1 “Newspapers and journals”

The registration certificate of the journal “DISCOURSE”: ПИ № ФС 77-62347 of 14.07.2015 issued by the Department of the Federal Service for Supervision in the Sphere of Telecom, Information Technologies and Mass Communications

We invite you to contribute to the journal!