Relevance of the project

Nanoscaling of a-Si:H imparts the following fundamental properties to the material:

Development of the new technological ways for multilayer nanosystems preparation which include nanoheterostructural cascade photovoltaic cells based on a-Si:H and other hydrogenated semiconductors, signified a new milestone in the field of renewable energy. In case of amorphous materials it opened the door to formation of low-cost solar cells. Nowadays the efficiency of the modules based on amorphous silicon is 6.8%, while in the laboratory conditions use of complex cascade heterostructures enables efficiency of 15%. One of the promising ways to improve efficiency of solar cells is to combine amorphous silicon with microcrystalline silicon that results in tandem (cascade) solar cells with efficiency of 8% for industrially implemented samples. There are also prerequisites for further increase in efficiency up to 9-10% based on optimization of solar cells, use of new materials, design modifications and methods of multilayer structure formation.

The project is aimed at solution of the following problems

Expected results of the project 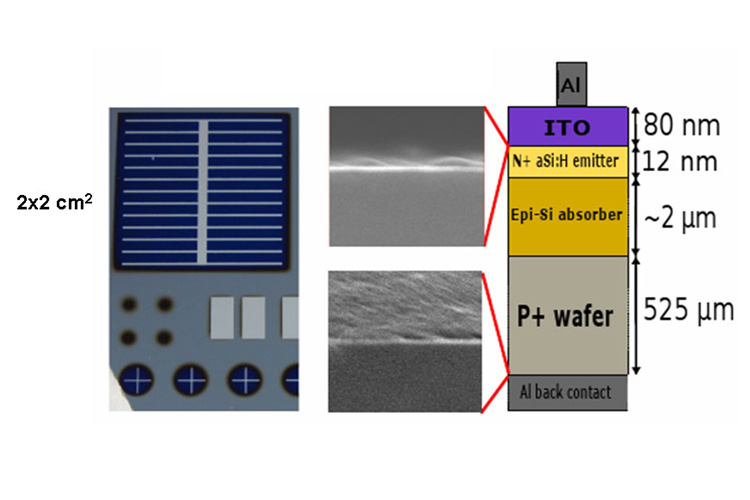