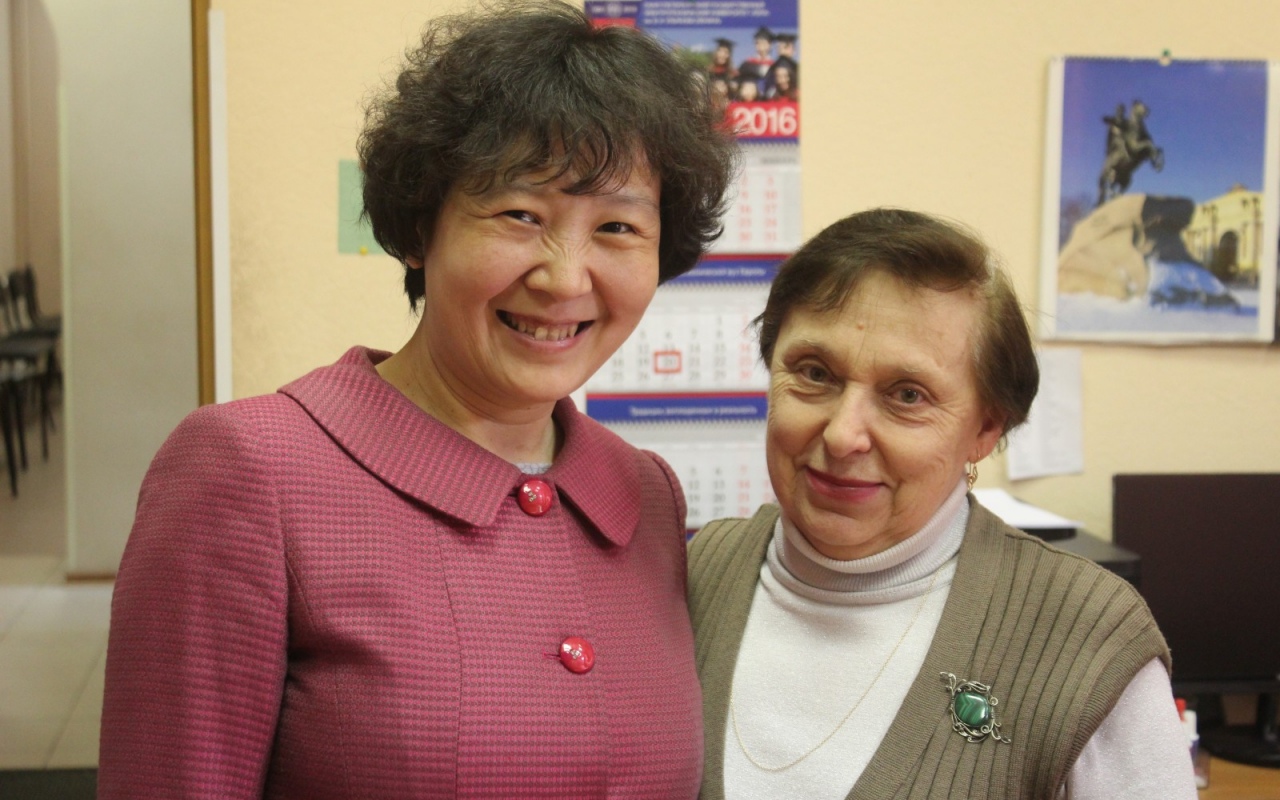 This April our graduate from China Tsao Fengmei arrived to LETI. She has ended postgraduate study of our university 15 years ago.

This April our graduate from China Tsao Fengmei arrived to LETI. She ended postgraduate study of our university 15 years ago, then came back to her homeland. Not long ago Tsao was invited to a position of Deputy director of Educational Department of new joint Russian-Chinese university that is to be opened in Shenzhen on the basis of Lomonosov Moscow State University and Beijing Polytechnical Institute. Tsao answered several questions.

How did you get to Russia?

– I studied Russian at school, and I liked this language very much as well as Russian culture in general. I read Russian authors in translations. At the university we were taught Russian too, but level was not high enough. I didn't feel any progress. Just while my studying at postgraduate course in Beijing Polytechnical institute the agreement between China and Russia according to which Chinese citizens had an opportunity to continue education in your country was concluded. My research supervisor professor Zhou Liwei graduated from LETI and recommended me this university.

How was it in St. Petersburg?

I entered postgraduate course at LETI on Department of Television and Radio Engineering. Head of the department Robert E. Bykov became my supervisor. In the first day I wrote a test at Department of Russian Language, and the result was very high. My teacher of Russian Anna N. Filippovich prepared more difficult program for me. Now I read Russian literature in the original.

Having arrived to LETI 15 years later, I was pleasantly surprised finding out  that Anna still works with foreign students. We had a very warm talk. It is so touching that she remembers her students well.

What about your further career in China?

I defended my thesis in 2001 and came back home. There I continued my work as a teacher, became associate professor, continued to pursue science. I haven’t been in Russia for 13 years. But in autumn of 2014 I arrived there as the employee of Russian-Chinese joint university. They needed an expert who knows Russian well, so they turned to me. So I became the deputy director of educational department of this university.

Before opening of the new university we have a lot of work. We want to open four specialties: Russian language and literature, applied mathematics and informatics, chemistry and physics, economy.

I am glad to see how relations between our countries extend. I am happy to participate in it, and I hope to meet Russian and Chinese students in our joint university. It will be a really big event.